This day was a little more challenging, only because I was feeling like it was becoming “one of those days…” L  Derek and Helen wanted to go somewhere local, and there was the potential of a handful of specialties they still needed, so we headed to Estero Llano Grande bright and early.  It was so early in fact, that we briefly tossed around the option of cruising the neighborhood for early-rising parrots, but then nixed that idea in favor of getting the early morning “bush birds” as Derek called them, so we headed on in.  Couch’s Kingbirds greeted up first off, along with a cooperative Ladder-backed Woodpecker on a dead tree.  An Inca Dove sang, and we finally got a look as he moved to a wire!  We eventually made it down to the feeders where Doug had just replenished them, so I had virtually guaranteed that they’d get their White-tipped Dove there!  We flushed them when we approached (Lesson #1: try to get that first look before approaching the feeder), but I wasn’t too worried because they “always come back.”  Well.  After 15 minutes of waiting, they were cooing all around us but never came back to the feeders!  (The Chachalacas were pretty friendly, though…)


Okay.  The Beardless Tyrannulet was calling, so we decided to chase that.  The memory of that thing leading David and Chuck and I around and around and around the Tropical Zone by the nose was still fresh in my mind, so I tackled this task with apprehension, but thankfully the little guy actually showed himself!  Unfortunately Derek and Helen couldn’t get on him before he fled, but he gave us a second chance down the road when he perched and called right out in the open near the top of a spindly tree!  I was trying to point him out to the guys and wasn’t succeeding, so trying to get the scope on ‘im, that’s when my tripod decided to malfunction and I couldn’t get the thing to line up properly!  Of course the bird flew, and I was ready to cry!  (Lesson #2 – sometimes you need to forget the scope and just keep trying to get the people on the bird!)  But we had a nice consolation prize in the form of a pair of Red-crowned Parrots that sat nicely in the sun and then flew off, giving their diagnostic Cleo-chop-chop calls!


We finally gave up on that and headed out to the deck, where we at least had some nice comparative studies of Stilt Sandpipers and dowitchers!  The dark ibis hanging there was of the expected White-faced variety, and by getting on the boardwalk we got marvelous looks at the pretty ducks and a Least Grebe.  Heading out to the Pauraque spot, we enjoyed the turtles at Dowitcher Pond and several more Least Grebes at Grebe Marsh, along with a Belted Kingfisher that came rattling in and almost landed on a dead tree in the middle of the pond until he saw us and veered off!  (Boy, those things are skittish…)  At the turnoff, I was thankful I had learned my lesson about not virtually guaranteeing anything, because the night heron mob had all but disappeared!  We were able to pull out an adult Black-crowned and a subadult Yellow-crowned, but the rest were youngsters (although it was kinda cool to have three kinds of egrets in the same tree)!  One of the night herons actually morphed into a pretty Green Heron! 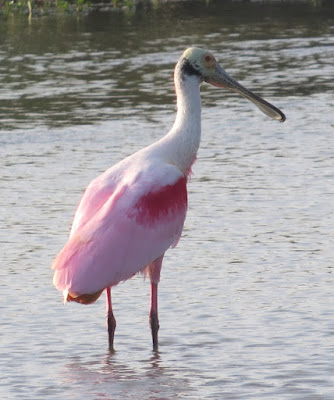 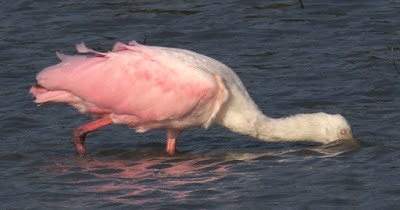 A younger bird:  notice the lack of red on the wings and the white head. 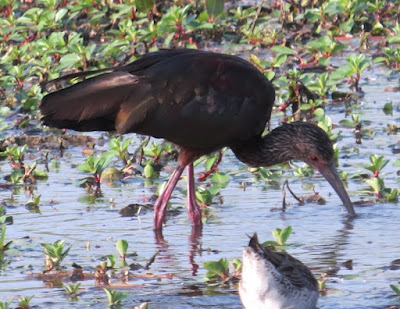 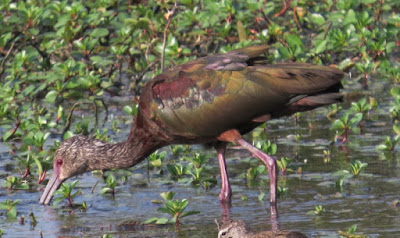 Thankfully the Pauraque was still in his preferred spot (and he even rocked a little to prove he wasn’t stuffed J), but the Screech Owl was a no-show, and the overlook was pretty empty except for Big Mama Alligator.  Derek was curious about the shorebirds at the far end of Dowitcher Pond, so we headed over there and took the boardwalk, picking up some pretty Avocets, a few Lesser Yellowlegs, and a Sora by doing so.  On the way through the grasslands a Caracara flew overhead, and using the cutoff trail to the TZ bagged us a Swainson’s Hawk! 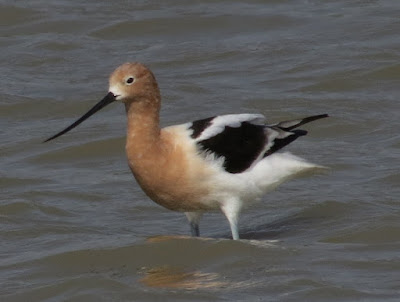 Both non-breeding (left) and breeding plumages 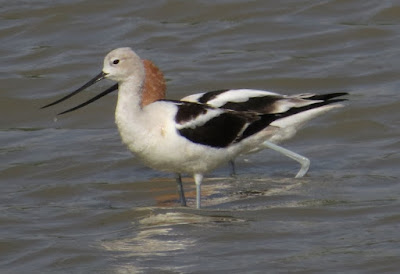 The White-tipped Doves never came back, and the tyrannulet led us on another merry chase (along with the Green Jays that again just gave fleeting views), so we were pretty shot by the time we left Estero (we were even too tired to try and pin down the calling Summer Tanager on the way out)!  But I was hopeful that the feeders at Frontera Audubon would have the doves, and thankfully they came through for us in spades!  But that was the extent of the feeder birds (aside from Chachalacas and a single White-winged Dove); a friendly Fox Squirrel came up to say hello, and a White-eyed Vireo sang unseen.  Another couple wanted desperately to see a Clay-colored Thrush, and as providence would have it, we happened to hear (but not see) one on the way out, and happened to run into the same couple in time to tell them!


Derek was interested in checking out the Progresso Sod Farms for shorebirds seeing as it was close, so we headed over, and actually saw more American Golden Plovers there than we had seen Saturday on the Birder Patrol trip!  The Long-billed Curlew was there, and further down a smaller shorebird was in with the plovers, but it was too far away to ID.  Randy (a volunteer at Santa Ana) rolled up behind us (mainly to assuage our fears that this big ol’ truck might be full of bad guys J) and reported that he had had Pectoral and Baird’s Sandpipers there before, but just not today…


Headed over to Santa Ana after that, where after a picnic lunch at the Entrance Pond (and an outstanding look at an adult Yellow-crowned Night Heron), we pulled up to find Randy back on the job with the tram just about to leave!  Helen was very interested in that, so we encouraged her to hop on (Randy’s wife Lorna was driving it) while Derek and I made the trek out to Pintail Lake for shorebirds.  Little did we know that the water level was actually higher than it was the last time he was there!  We had nice looks at the regular ducks and waders (especially spoonbills and ibis), and a pod of Pied-billed Grebes was new for the day, but it was pretty daggum hot out there, so we headed on back before too long (Lesson #3:  hike in the morning, and road-bird in the afternoon!)  I heard a very distant Gray Hawk at the levee, and we enjoyed the breeze at the canal, then ran into Huck at the VC guiding a couple of folks; they had just gotten back from Starr County and did have the pigeons!!  I was glad they were still around but bummed that we missed them yesterday!  (Derek said he’d drive back out there for a Roadrunner, but not a pigeon… J) 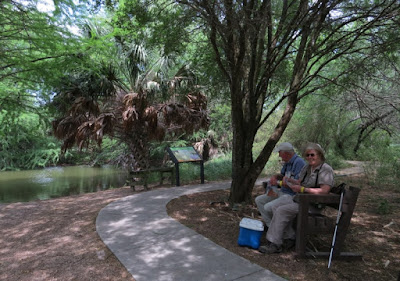 Lunch break at the entrance pond 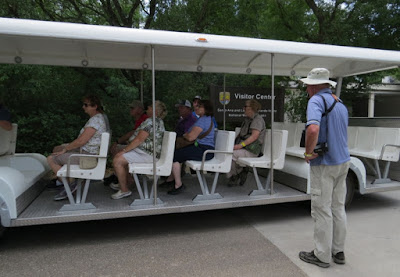 We talk Helen into taking the tram tour! 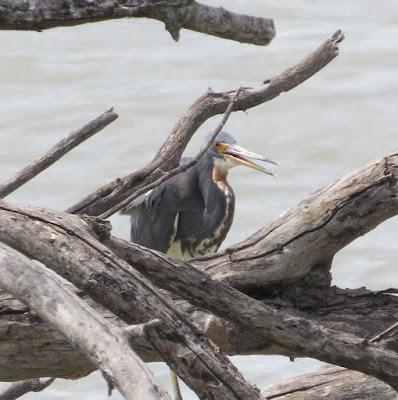 A panting Tricolored Heron hides in the deadwood

Helen and the gang arrived shortly after that and raved about the tram tour, as they talk about the history of the place as well, not just the wildlife, so I think she talked Derek into taking it on one of their days (as they have three more to go – and the report of a Bobcat on the early tram got his attention, I think J)!  But we were really shot after that, so called it a day, logging ten more than yesterday at 81!  Bird List: