We had a good turnout for this month’s Birder Patrol shorebird hunt!  We met at Hugh Ramsey Park in Harlingen where we logged a few unique songbirds and a Black-bellied Whistling Duck while waiting around for people to show up, then we carpooled to our first destination, Port Isabel Reservoir along Holly Beach Road in Laguna Vista!  We took the back way there, where we enjoyed a Green Heron perched on a wire (along with several Scissor-tailed Flycatchers), a flock of White Ibis paralleling the car, and a dozen Bobwhite we nearly ran down!


The water at the reservoir was quite low, but that made for great shorebird habitat:  Semipalmated, Snowy, Black-bellied, and Wilson’s Plover (the latter quite close to us) all showed, plus hundreds of peeps out there (I felt comfortable logging all three common ones)!  Black, Least, Forster’s, and Gull-billed Terns were in evidence (plus a single Black Skimmer), and a couple of Wilson’s Phalaropes were in the mix as well.  A single Avocet stood out from the smaller shorebirds (along with a few Black-necked Stilts), and a few Greater Yellowlegs were off by themselves.  One of the more unusual sights was gobs of Common Nighthawks batting overhead!  Unfortunately we couldn’t pick out a Piping Plover, which I still needed for the year… L 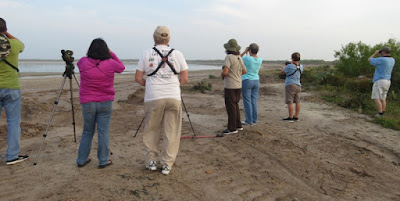 The Birder Patrol scans shallow Port Isabel Reservoir for goodies, like this Wilson's Plover (below)! 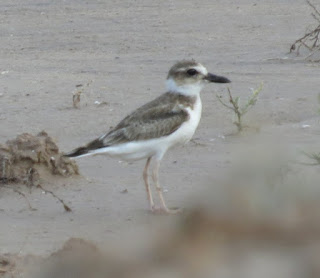 Next stop was the Highway 48 Boat Ramp, which was quite crowded with trucks that had hauled their boats in!  A gal (I think her name was Maria) was studying terns there, so Norma helped her sort out the fine points of tern ID!  We found a Sandwich Tern (a lifer for Rick), and a Sanderling still in breeding plumage had me fooled into thinking we had a Baird’s Sandpiper at first!  Several Ruddy Turnstones were by the shoreline, but alas, we could pick out no oystercatchers, normally a staple here.  A big bird sitting in with the skimmers had some people stumped until it revealed itself to be a Long-billed Curlew!


From there we headed up to South Padre, and rather than driving on the Flats (Norma was driving this time, and some of the other folks didn’t feel comfortable driving out there) we parked behind the Convention Centre where we could scope the birds:  there were mostly Royal Terns with the odd Caspian and a Gull-billed close to shore, but we also had several Reddish Egrets (including our pie-bald friend), lots of dowitchers with a Marbled Godwit in with them, and more Sanderlings.  A pair of Roseate Spoonbills closer to the mangroves was nice, and we had one Little Blue Heron along with several Tricoloreds. 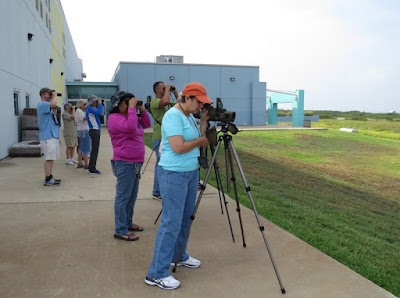 Stephanie and the others check out the gathering from behind the Convention Centre! 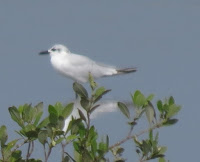 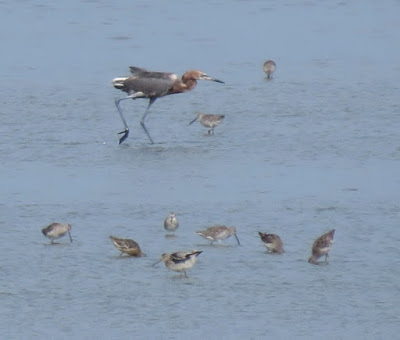 
There had been some good migrants reported, so we meandered through the trees, and Rick was great at spotting stuff:  several Yellow Warblers, a couple of Black-and-whites, a Red-eyed Vireo, and a couple of empids that we narrowed down to both Alder and Willow (the latter we really poured over).  Alicia found an Eastern Kingbird, and lots of Barn Swallows circled overhead.  Both a Least Bittern and Common Gallinule called from the marsh. 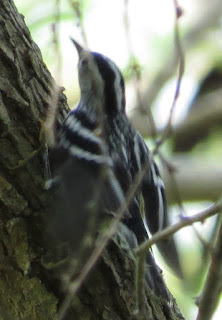 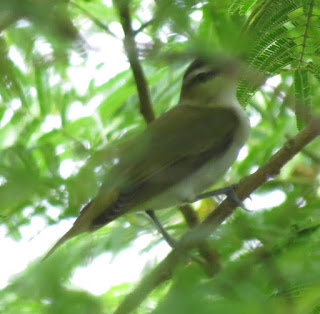 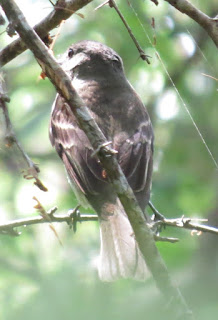 Lousy shot of the Willow Flycatcher...

We were starting to melt J so we headed to Joe’s Oyster Bar in Port Isabel where we had a wonderful lunch, then all went our separate ways.  We logged 75 species, not bad for just the morning!  Bird list:

Last month (13-27 July) I returned to Costa Rica for vacation, scouting out two new lodges:  Savegre (which is high in the Talamanca Mountains) and Talari Mountain Lodge (which is nestled on the Pacific slope near San Isidro).  You can read all about it (plus see pictures and hear recordings) by clicking here!

To whet your appetite, here are some reps from each place I visited: 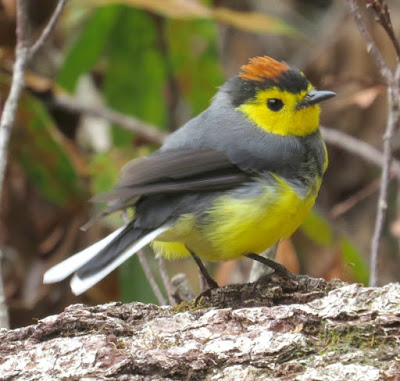 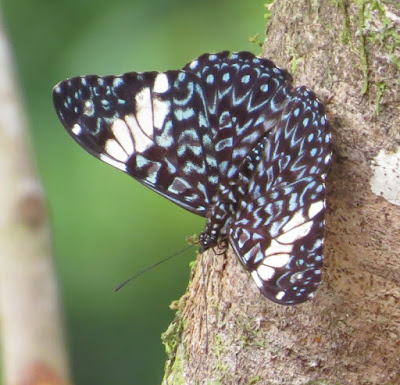 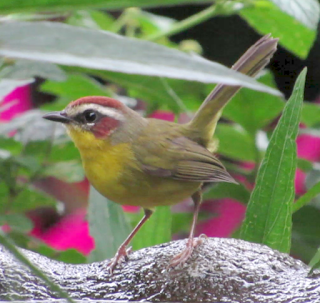 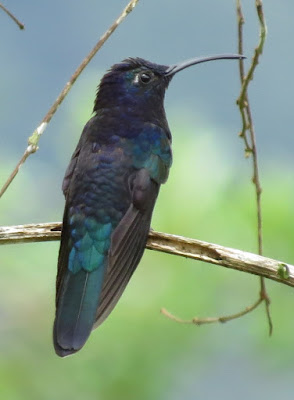 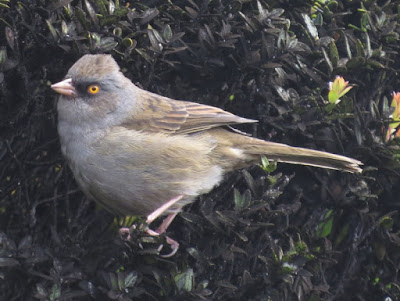