A Tale of Two Hoosiers, Part 1

Chuck and David were two birding buddies from Indiana – Chuck was a member of the Birding “700 Club”, but David was still working on his list, and this was his first trip to Texas, so it’s always fun showing people their first birds!


Chuck was not opposed to the possibility of adding a few birds to his Texas list, either, so we started at Estero Llano Grande SP to try for the Rose-throated Becard.  We were able to log Clay-colored Thrush early on, but as with what happened with Porter and Katchy, the silly little Beardless Tyrannulet decided to sound off, so we must have spent at least an hour letting him lead us all over the Tropical Zone trying to pin him down!  In the meantime we did get great looks at both Buff-bellied and Black-chinned Hummers, and titmice and kinglets came in to pishing instead of the tyrannulet.  We finally gave up and headed to the feeders so that David could “tick” Chachalacas and White-tipped Doves (Chuck insisted he had to say, “Yee-haw!” with each lifer since we were in Texas, but David settled for “Cha-ching!” J).  A Curve-billed Thrasher met us at the bench, but nothing else exciting. 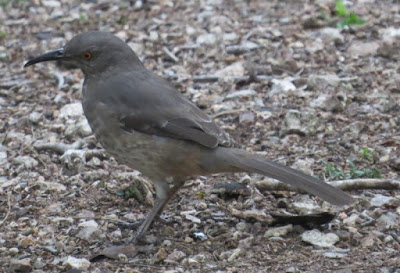 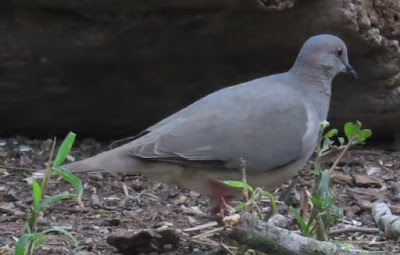 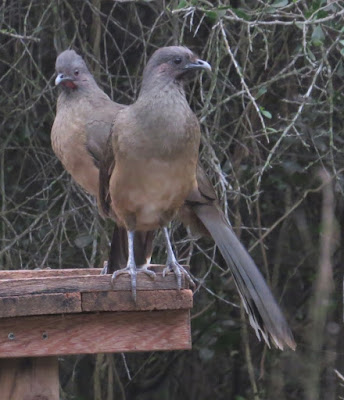 
After awhile we circled around Ben Basham’s place, where David spotted his life Altamira Oriole (albeit a young bird)!  Once out on the main road in a dead tree, what should pop up but the becard!  He gave great looks, and several other folks were able to get on him as well before he flew south to the next batch of trees.  Huck showed up about then, and identified the big tree the guys had a question about as a Banyan Tree.  We once again took up the Wild Tyrannulet Chase as he led us around the TZ for another hour, but we finally gave up (Chuck got a glimpse of the thing taking off) and headed for the main part of the park. 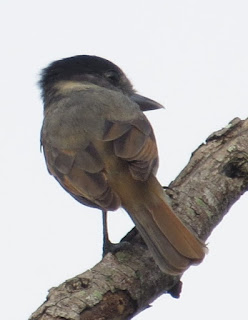 The Rose-throated Becard showing his back side... 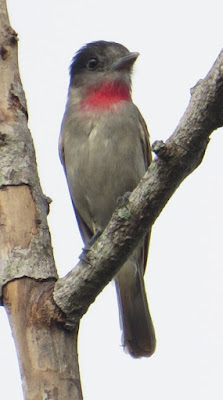 ...and finally his front side! 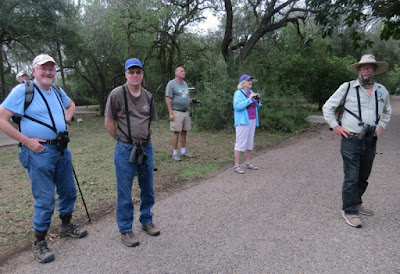 
After checking in and checking Ibis Pond (where a Vermilion Flycatcher showed off across the way), we headed straight out to Alligator Lake.  Some gorgeous Cinnamon Teal were in Dowitcher Pond, and Grebe Marsh still had the Least Grebes along with one of the big Alligators.  One lady told us they had a Green Kingfisher at Alligator Lake, and sure enough, when we got there, Chuck was able to find him fairly quickly on the opposite bank!  (“Cha-ching!” J)  The night herons were virtually ignored as we then tried to zero in on a singing Long-billed Thrasher that was visible but silhouetted.  An Anhinga flew by over the horizon, which was always nice to see. 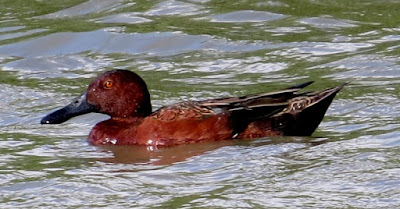 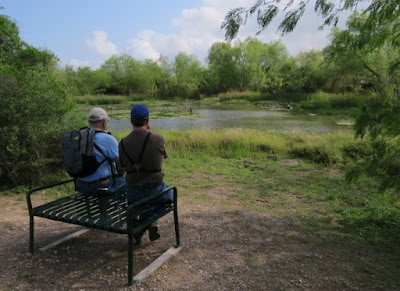 The guys at Grebe Marsh


Next order of business was the Pauraque, but neither bird were in their regular spot!  Some of the stick barrier suspiciously looked as though it had been pressed down, and several of us worried that someone had tried to get too close to the birds and had spooked them deeper into the undergrowth.  We scoured that whole “circle” (and even some of the area closer to the overlook), but couldn’t locate one; Huck even caught up with us again and vainly tried to locate a bird that had been hanging in that area.  But a big consolation prize was the “McCall’s” Screech Owl that finally decided to sit in his hole in his box! 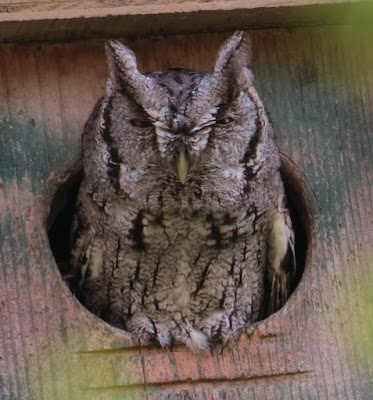 
Headed on back to the parking lot and decided to try for the Burrowing Owl and Prairie Falcon in the fields north of Santa Ana NWR (but not before making a McDonald’s stop J), but first we swung by the Progresso Silos when David revealed that Bronzed Cowbird would be a life bird!  The cowbird was tough (actually, Brown-headed was a lifer, too, and that was a tad easier), but we finally found a bird huddled next to one of the silos.  What was really cool, though, were all the dapper Yellow-headed Blackbirds in with the Redwings!  They really showed well!  A young Harris’ Hawk had us confused for a minute as it was showing pale wing panels, but the white tail base gave it away. 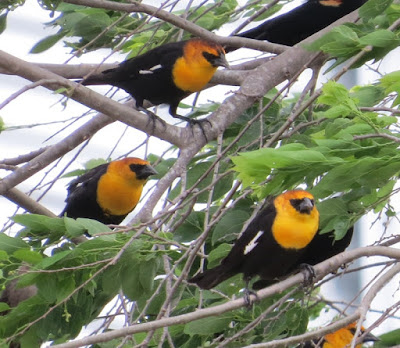 Yellow-headed Blackbirds can sometimes be tough to get in the Valley, but the Progresso Silos are always a good place to look! 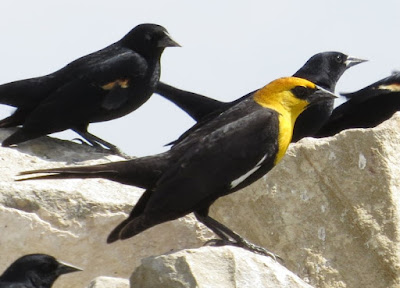 Heading on to the fields, we dipped on both the owl and the falcon (except for a couple of Kestrels), but picked up Loggerhead Shrike and Horned Lark for the day at least.  We were headed to Hidalgo for the Monk Parakeets when David admitted he wasn’t feeling very well, so after a stop at the truck stop near the Pharr bridge we made a quick run over to log the parakeets, and then headed home.  After dropping David off, Chuck and I zipped over to Donna Reservoir, but with the wind kicking up the way it was, we didn’t expect much, but did have a big raft of Lesser Scaup and several nice looks at Neotropic Cormorants, along with a distant Osprey. 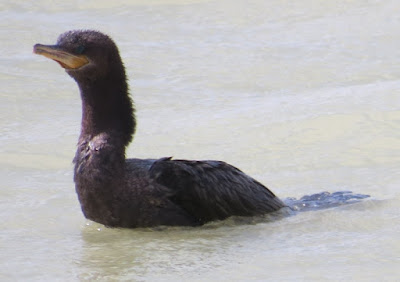 Neotropic Cormorant (above and below) 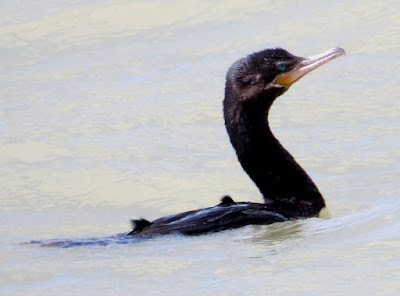 We called it a day after that, but still managed 70 species!  Bird list: