For the Man Who Has Everything...

WD from Corpus had a big “friends and family” outing planned, but due to some cancellations it wound up being just him and me for a day of general birding!  Since he had already seen pretty much everything during the course of his birding career (the original goal was to show some new birds to the other folks), his goals for the day were, “Whatever you wanna do!”  Although he didn’t “need” it, the biggest rarity draw at the moment was the continuing Rose-throated Becard, so we opted to go to Estero Llano Grande first.


We left the Inn earlier than normal as the temps were predicted to get into the 90s again, and the walk through the Tropical Zone was just lovely.  I heard the tyrannulet, which was a bird he did want to get a look at, so we headed up the middle road (the so-called "Tyrannulet Trail"), going in circles as we tried to pin down the bugger!  We never could find him, so we continued on to the feeders after a fruitless peek at the Screech Owl Stump.  We enjoyed the Chachalacas and White-tipped Doves jostling over the seed feeders, along with a Long-billed Thrasher just singing his little heart out!  I heard some gurgling overhead and looked up to see dozens of Tree Swallows circling above us! 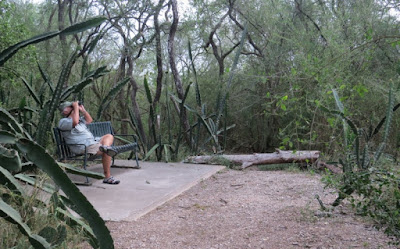 WD watching the Long-billed Thrasher (below) serenade us! 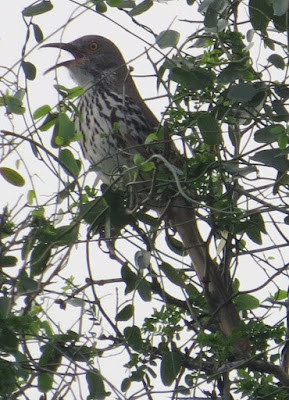 A 15 minute wait at the drip didn’t produce anything new, so we headed back.  Just past the last intersection before the Park Host area, we saw a group of birders with one pointing his lens into the trees and asked what they had.  It was the becard!  He flew off just as one of the participants pointed him out, but thankfully he didn’t go far, and on top of that he decided to pose right out in the open!  What a little ham!  What put the icing on the cake was hearing the tyrannulet again as we headed towards the parking lot, and this time he showed himself, giving WD a brief but identifiable look! 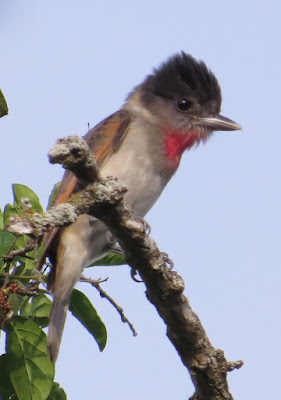 This time the becard is being a little show-off! 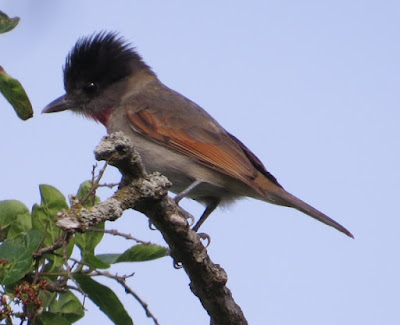 After once again padding the list with Ducks on Deck, we were waylaid at the feeders by a female Cardinal and Curve-billed Thrasher chowing down!  The Spotted Sandpiper was still stuck on his log, and Least Grebes were still trumpeting at Grebe Marsh.  Both flavors of night herons graced us again, along with both Pauraques that were in the exact same spots as the day before!  (I had to convince him that they weren’t stuffed, as I had seen one of them “adjust” himself a little the previous day…)  We rested at the overlook where only a Neotropic Cormorant showed (along with the requisite Alligator). 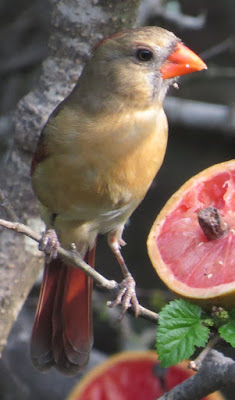 Lady Cardinal at her grapefruit 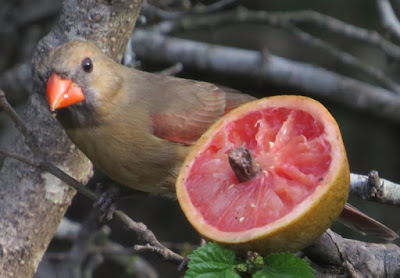 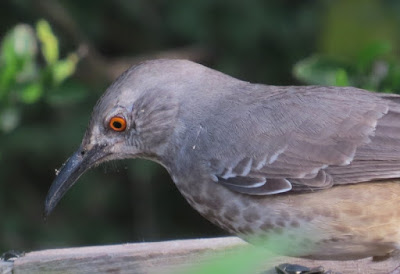 The return of the Curve-billed Thrasher...

WD was up for cruising the farm roads north of Santa Ana in search of the reported Prairie Falcon, so we made the loop, dipping on the Burrowing Owls but picking up American Pipit and Horned Larks for the day.  We finally circled back on Anaya Road, and flushed a large light brown falcon who was sitting in one of the cultivated rows!  We got enough of a look to confirm it as the Prairie Falcon, but with the wind the way it was, he dropped right back down into the field, and after checking every row, we simply couldn’t refind him.  But the crops themselves had us puzzled; we guessed broccoli, but we have the pictures on Facebook for input… J 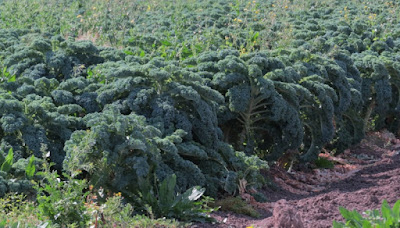 Once again my Facebook friends come through, and identify this mystery crop as Kale!

After that we took a stroll around Chachalaca Trail at Santa Ana, the highlight being a Red-shouldered Hawk harassing the Harris’ Hawk pair!  From there we went to Hidalgo to tick the Monk Parakeets, then on to Anzalduas, picking up a Black Phoebe in the canal on the way in!  We passed on the Pipit Prance since he didn’t need it J and had a nice group of Eastern Bluebirds near the first intersection.  It was getting warm by then, so things were quieting down, but we did see a flock of birds that we didn’t get a good look at, but suspected were waxwings.  Unfortunately WD got the impression they escaped to Mexico… J 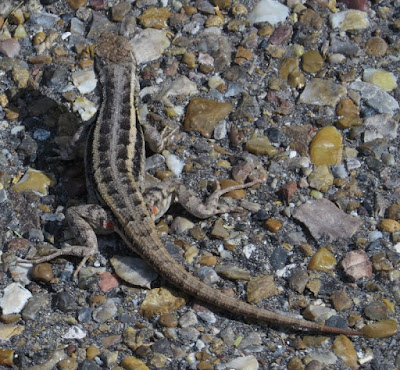 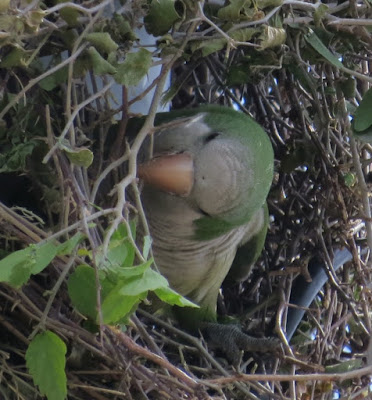 Monk Parakeet working on her nest 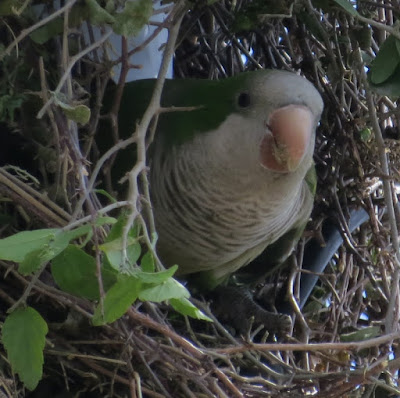 We headed home after that for the mid-day break, then headed out again around five for the parrot chase in south McAllen!  We were a little early, so I just cruised the neighborhood, picking up a pick-a-chooing Summer Tanager in the process!  We ran into the same British tour group that had shown us the becard, and when they heard that yesterday we had gotten the Trenton parakeets first, then came down here, we think they all packed up and headed up there, because on the next loop around the neighborhood they were gone!  We did see another guy we had also seen at Anzalduas, and he had simply parked on Cynthia and was patiently waiting!  At one intersection WD spotted three Lesser Goldfinches, with two brilliant males in beautiful afternoon sun!  Finally I spotted about six parrots flying overhead and we went into “storm-chasing” mode, tearing down the alley to get to the next street over, and there they were:  three Redcrowns, two Red-lored, and at least one Lilac-crowned!  The guy from Anzalduas had apparently heard them and just walked over, and we all got scope views of these beauties! 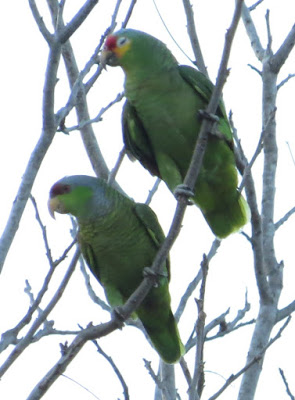 Red-lored (above) and Lilac-crowned Parrots chumming around 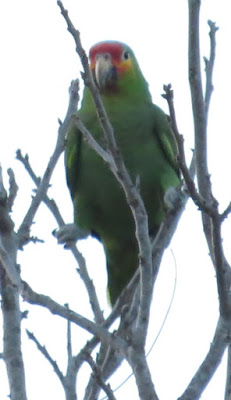 It was time to go home after that, but not before a celebratory swing through the DQ for a Blizzard! J  Bird List: