Linda and Evan from Austin and Linda and Bill from Tucson were two birding buddy-couples that made plans to meet here in South Texas for some local birding before the latter headed to the Island and the former headed back home.  They booked a half day to start, so I thought Quinta Mazatlan and Old Hidalgo Pumphouse would be good places that people who were also “culturally oriented” would enjoy!


Quinta was great:  the gate was open by the time we got there, getting Inca Doves in the parking lot and a flyby Yellow-crowned Night Heron right away.  A singing Yellow Warbler greeted us along the trail, while others were not so cooperative:  Common Yellowthroat, Nashville, and Black-throated Green Warblers gave views that we had to work for!  A Curve-billed Thrasher posed nicely on the fence at the end of a dead-end trail (Bill wasn’t even interested until I told him it was a candidate for a split… J), and a Swainson’s Thrush came in to one of the water features.  A Green Jay came down to say hello, and both Green Parakeets and Red-crowned Parrots went screaming behind the canopy; we got fleeting looks at the parrots over by the new section (that’s not quite open yet).  Both Lindas were great spotters, and Linda M. was able to get the others on a singing Olive Sparrow at one of the rest stops!  A pair of noisy Couch’s Kingbirds demanded attention, and an oriole chattered that we just couldn’t get a bead on, but it sounded more like a Baltimore to me.  An Empid showed up that screamed “Least” to me, so that’s what we called it.  Just before the house a group of Black-crested Titmice showed off, making me think of poor Mike trying to get his photo… L 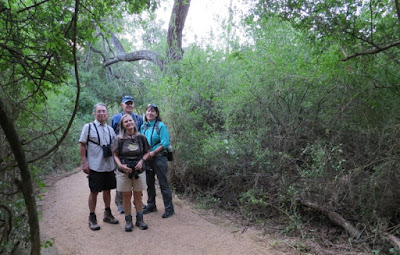 Evan, Bill, Linda, and Linda pose along the trail!

After checking in we continued on the loop, and everyone commented on what a peaceful place it was!  Linda A. got talked into posing as a butterfly over at the educational center J, and just before we got there they all latched onto a Yellow-breasted Chat that I missed! (J for them, L for me…)  After a quick check of the pond we continued on where a Chachalaca was posing on their Indigo Snake statue as though he had proudly caught the thing himself! J  We took the new “Prehistoric Trail” over to the feeder area, where a 15-minute watch gave us great views of Long-billed Thrasher, Kiskadee, Golden-fronted Woodpecker, and a pair of Clay-colored Thrushes (one of which was banded), to say nothing of tons of White-winged Doves!  A Great Crested Flycatcher posed near the top of a tree for good measure, while a Catbird was more evasive.  Cedar Waxwings gave their ringing call somewhere behind us. 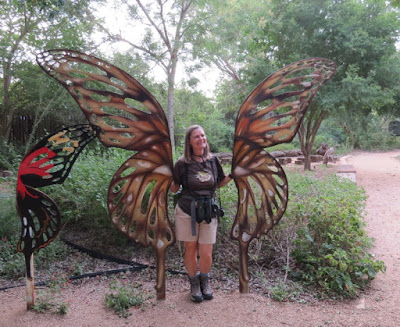 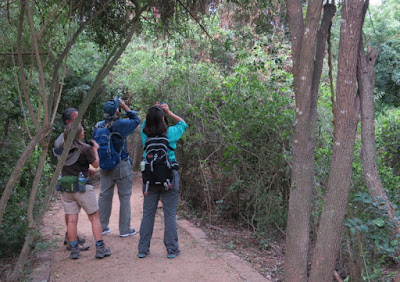 Trying to find that elusive warbler... 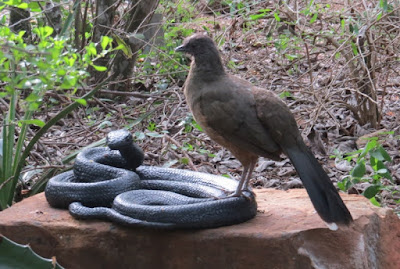 This Chachalaca feels very brave around a fake snake! 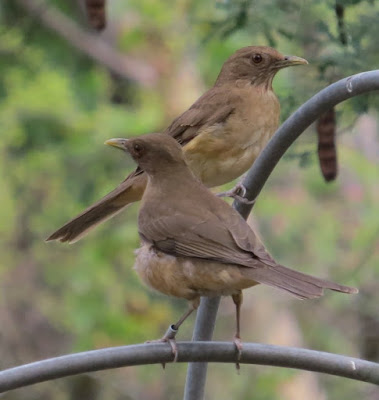 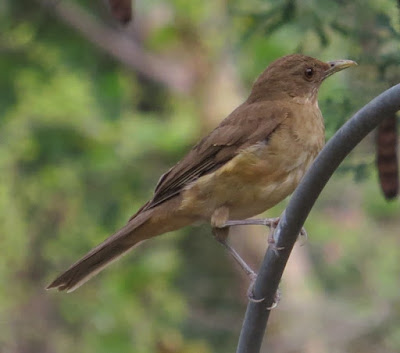 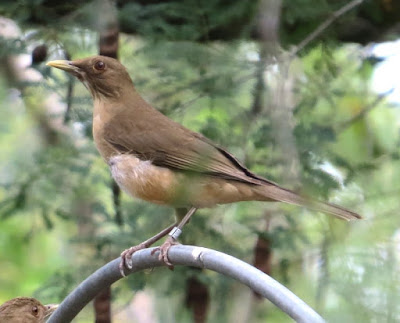 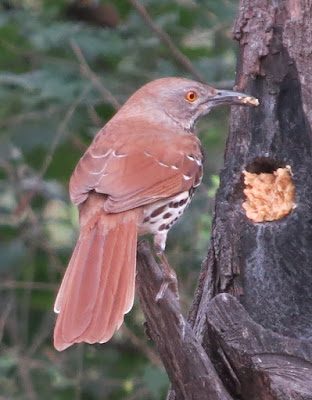 A group of kidlets were descending upon the area, so we headed over to Old Hidalgo Pumphouse, picking up a Loggerhead Shrike on a wire at a stop light.  We had the place to ourselves, and while quiet, we did have a female Rose-breasted Grosbeak right away, and a family of Black Phoebes, the youngster still showing his gape mark!  Both Buff-bellied and Archilochus hummingbirds buzzed around in the garden, but the resaca was empty except for the phoebes, although some got a glimpse of a Yellow-billed Cuckoo hiding in the tree, and a Swainson’s Hawk soared in the distance.  We decided to walk the trail next to the levee, where a Blue-headed Vireo came out in the open (can’t say the same for the White-eyed), and both an Altamira and Bullock’s Oriole were present (the former gave a look, but the latter remained hidden).  A pair of Lark Sparrows posed down the way, but the highlight along this trail was the pair of Groove-billed Anis that gave great looks; definitely upstaged the little Eastern Wood Pewee!  Linda and I kept hearing a Sharp-shinned Hawk calling across the way, accompanied by unpleasant bird cries (like something was in the throes of death), and we kept trying to find it until we heard a Peregrine call right on the heels of the Sharpie, and concluded that it was some company playing raptor calls to keep unwanted pigeons (or whatever) away from their buildings!  Had us fooled! 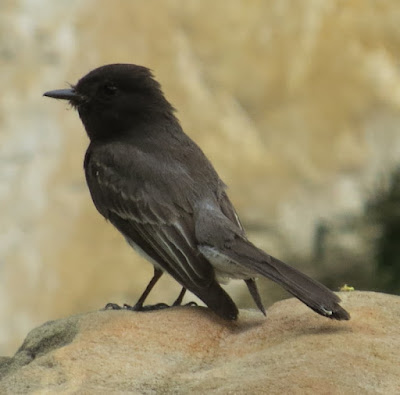 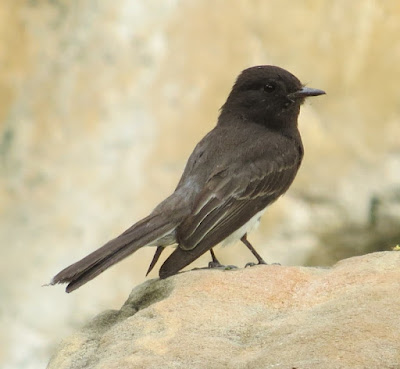 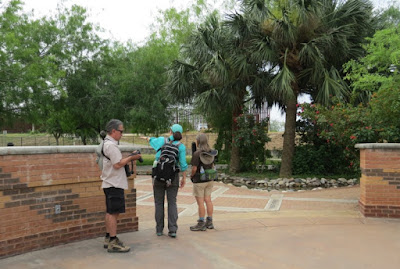 Checking out the grounds

We hiked back along the levee, but it was getting pretty warm by then; had a few Monk Parakeets fly over (some with nesting material), and Evan and I had a nice chat with the Border Patrol agent on duty (I wanted to find out if the powers that be were ever going to open up that Walking Trail again, but found out it was permanently closed to protect the NWR tract).  A Gray Hawk was whistling in the distance, while Tropical Kingbirds were tittering back in the gardens.  Headed home the back way (after freeing a Santa Ana Tussock Moth that had gotten caught in their trunk) with 64 species for the morning! 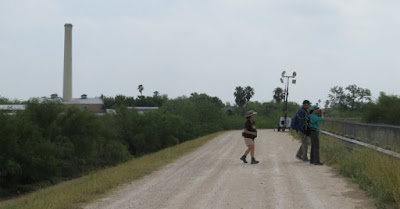 Coming back along the levee 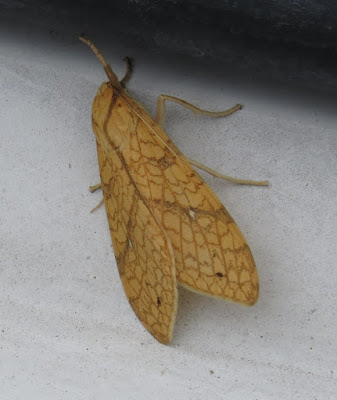