Ian and Suzie were both veterinarians from Canada, with Ian being the photographer of the duo, with many photo donations made to the wonderful Internet Bird Collection!  Unfortunately a cold front had moved in the previous Friday, and the weather hadn’t improved by Monday with the threat of rain, so we opted to go road-birding along Brushline Road for the morning.


The birds were smarter than we were:  we heard a lot of things to start with from the thornscrub (Green Jays and a Bewick’s Wren were the first to get logged), but they all wanted to stay hidden and sheltered.  Eventually a few Lark Sparrows showed themselves, and an Orange-crowned Warbler hopped around, actually showing his orange crown!  Suzie spotted a Cardinal and Pyrrhuloxia feeding side by side along the edge of the road, and a Loggerhead Shrike posed on a wire, allowing for some pictures!  We (or I, anyway) even deigned to photograph the Red-winged Blackbirds gathering in the vegetation along the road, showing off their epaulets to each other with each grating song!  Couch’s Kingbirds were pretty cooperative, as was a single Kiskadee (they were being noisy in the distance). 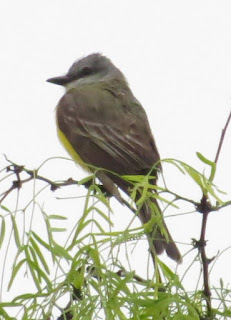 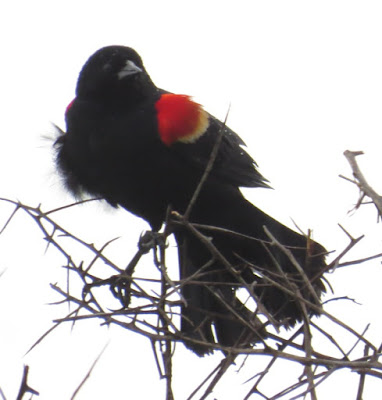 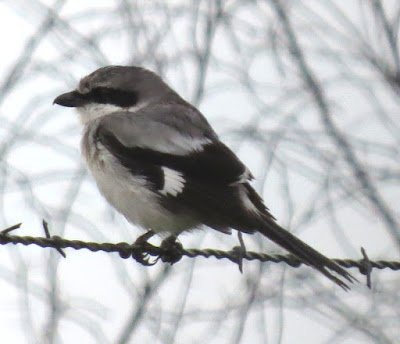 Things picked up a little after crossing SR 186, not only because the habitat was a little better but the rain was letting up.  By a miracle a Verdin sat right up and called for the longest time, and more Pyrrhuloxias posed on the wires and in the bushes.  Suzie asked about what mammals might be around, and I mentioned the exotic Nilgai; about then we actually saw a large undulate cross the road way ahead of us, but to be honest I couldn’t tell if it was a deer or Nilgai (the females look smaller and daintier to me, especially at that distance).  She also spotted what we thought were calves in the scrub, but turned out to be a large herd of feral hogs! 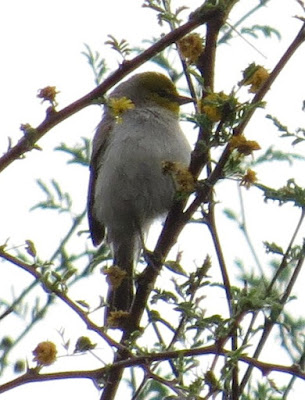 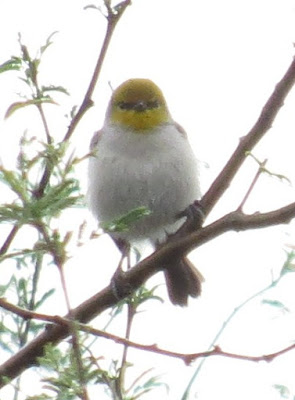 A little over-exposed, but you can see his yellow head... 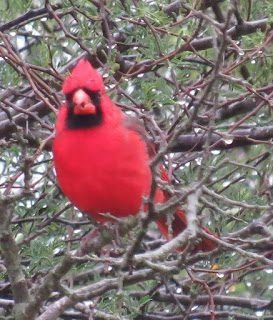 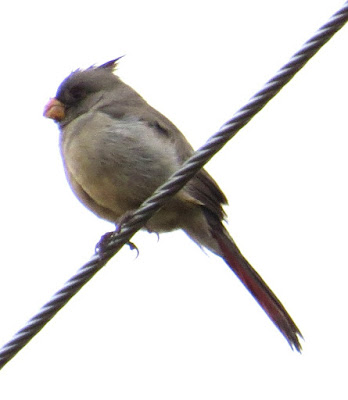 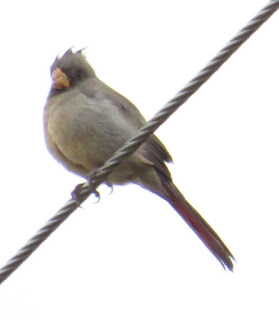 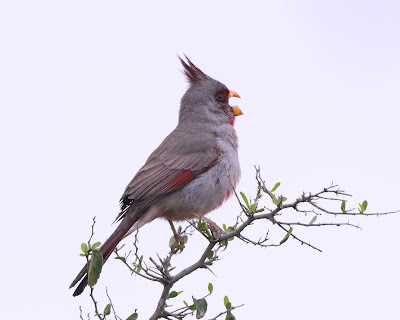 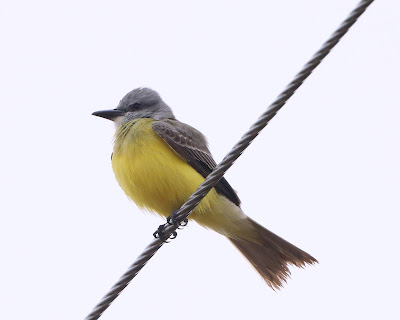 
Something was going on with law enforcement/first responders in the distance, as we heard many sirens, and even a helicopter flew overhead (quite low, actually; interestingly the Caracara that Ian was trying to shoot didn’t seem too bothered by it)!  A Harris’ Hawk was quite cooperative, unlike the Savannah Sparrows that popped up…  We heard a distant Bobwhite, then later saw a lone bird by the side of the road way up yonder.  Even the Mockingbirds were exciting for my charges, as they don’t get those in their neck of the woods!  A big surprise for me was a Clay-colored Thrush at the La Sal del Rey trailhead parking area!  Turkeys gobbled in the distance but never showed themselves… 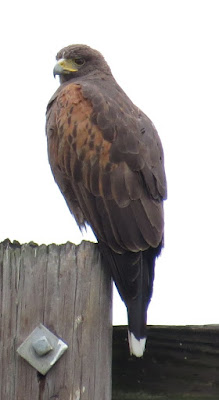 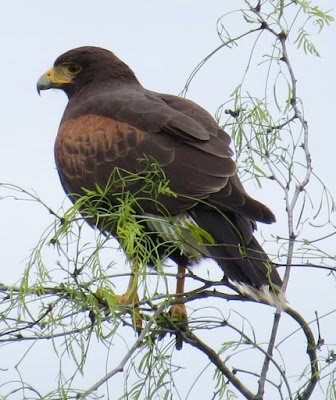 After moving to a more natural setting...

A few more photo ops presented themselves as we made the right jog at the north end of Brushline:  a Ladder-backed Woodpecker sat on a wire then made her way to a mesquite where she made us work to get shots!  Ian was able to grab a Golden-fronted Woodpecker on a pole, and another Caracara posed for pics, but in general things were rather skittish (Ian said more than once, “If he flies, he flies…” J).  We had to turn around about that time (before we encountered that pet Emu, to which Suzie commented that they really don’t make very good pets… J), but on the way back we almost ran over a Roadrunner! 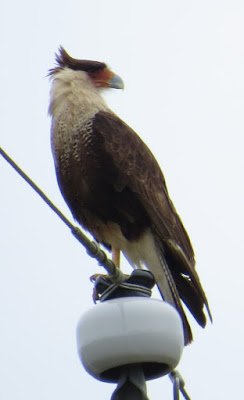 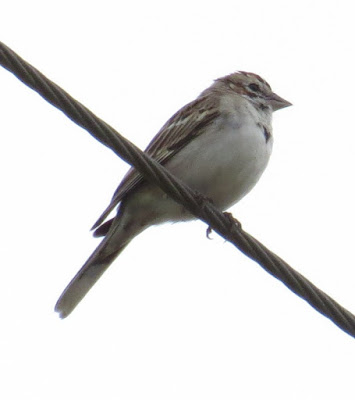 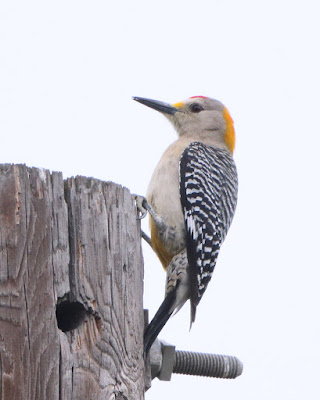 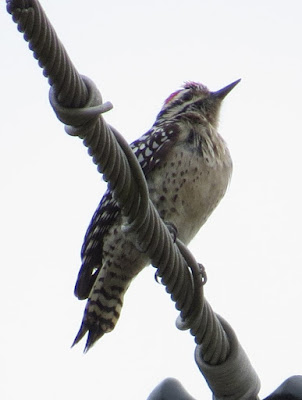 A male Ladder-backed Woodpecker surveys the scene from a wire while his mate (below) works on a mesquite... 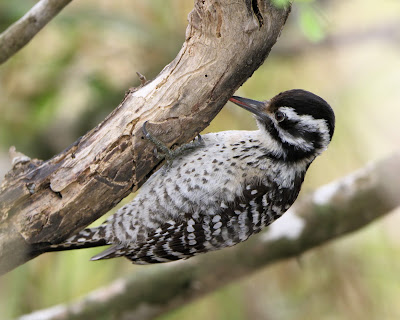 Heading down FM 493 we picked up a Scissor-tailed Flycatcher for the day, and wrapped up with a modest total of 47 species; not bad, considering the weather!  Bird List: