Sarah and Joshua were a young couple from Austin (the same couple we inadvertently ran into at Oliveira Park), relatively new at birding, who had visited the Valley “pre-eBird”, and Sarah especially wanted to revisit some of the specialties in order to get her eBird list up to date!  She actually had very few life birds as targets, but most of those were potentially gettable in Starr County, so that’s where we headed!


It started off foggy but it soon lifted, and it turned into a gorgeous sunny day with highs in the 70s!  We got off to a good start when a flock of Green Parakeets paced us while going through La Joya, and we spotted both Harris’ and Red-tailed Hawks on poles along the way.  After the traditional potty stop in Roma we headed straight to the Seedeater Trail at Salineño, where at the boat ramp we did kick up some ducks but they stayed right against the sun, so the view wasn’t the best; looking the other way we did see Gadwall, a handful of Green-winged and Blue-winged Teal, two female Lesser Scaup, an Osprey, three kinds of herons, and a Double-crested Cormorant that literally dove in, sounding like a fighter jet!  Both Altamira and Audubon’s Orioles were calling across the way, but we never could spot them. 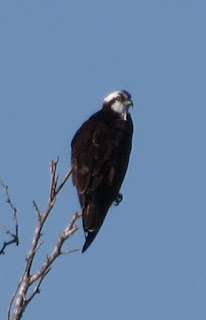 Heading down the trail, the Verdins were stubborn at first, and we ran into a gentleman asking where the seedeaters usually hung out (the answer is, “Anywhere along this trail!” J).  When we got to the cul-de-sac we hung around for about 15 minutes; a Ringed Kingfisher made an appearance, but the biggest surprise to me was not the expected Mexican Duck pair, but a pair of bona fide Mallards!  (Apparently not flaggable in Starr County…)  A strip of mud in the middle of the river had a Spotted and Least Sandpiper, plus an American Pipit (possibly the same one we heard fly over on the way down there)!  A Black Phoebe peeped and flopped along the island, Yellowthroats “chacked” from the reeds, and eventually the Ringed Kingfisher called and flew over, giving a great look at his chestnut underbelly!  After a while we headed back, where Joshua spotted an Eastern Phoebe in the woods.  While Sarah and Joshua decided to walk up to the feeders (followed by The Unknown Birder), I was driving Heppy up when I noticed all three of them looking at something on the left side of the road; when I crawled up and asked TUB what they had, he pointed out a Roadrunner that was sunning right by the fence!  In the meantime he got a Bewick’s Wren all upset that came out and scolded him (the Roadrunner, not TUB…)! 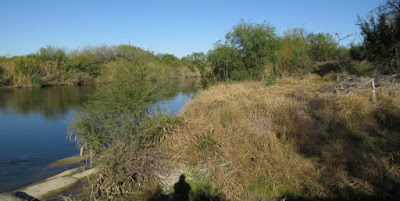 The usual end of the Seedeater Trail 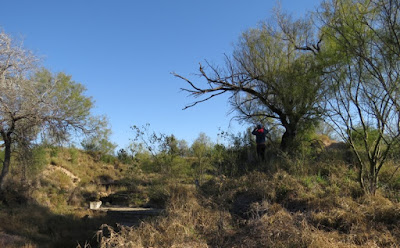 Joshua checking out the area up the culvert 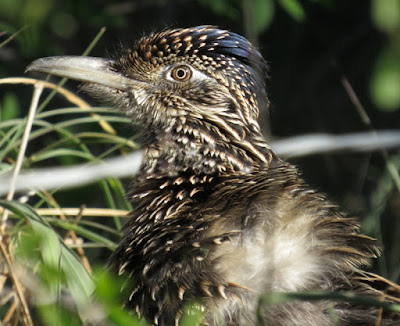 The feeders were definitely where the show was! We had sun-lit views of all the regulars:  Green Jays, Kiskadees, Altamira Orioles, Cardinals, Orange-crowned Warblers, Redwings, and the Three Fat Doves (as Lois called them J) in the back!  Titmice were coming in regularly to the PB mixture, and for the first time in my recollection a Ruby-crowned Kinglet was bold enough to join the fray!  My charges spotted the Olive Sparrow on their right side, while the Long-billed Thrasher would sneak in but then be intimidated by a redwing…  Both woodpeckers showed nicely, and one male Ladder-backed was particularly cute as he peeked out from behind a stump!  Chachalacas eventually came in, and a Roadrunner (maybe the same one) showed his face in the back area.  Shortly after I thought I heard a “ringing”, sure enough, the Clay-colored Thrush came in and gave great views!  But the star of the show is always Baldy, and after about an hour of waiting he finally appeared along with his mate, and according to Mike, an immature bird was also showing up regularly! 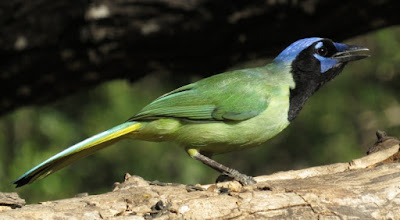 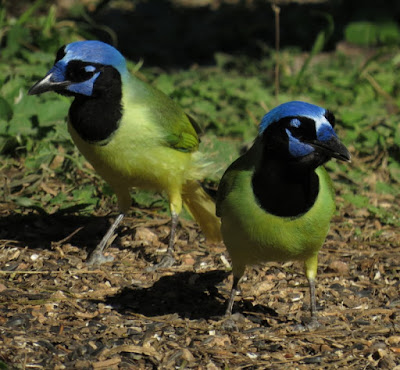 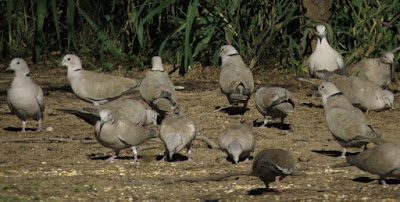 Eurasian Collared Doves have taken over! 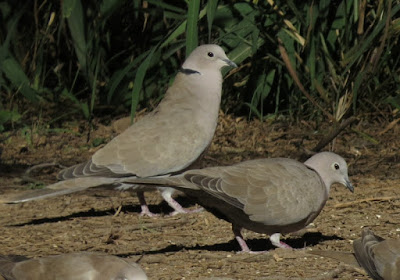 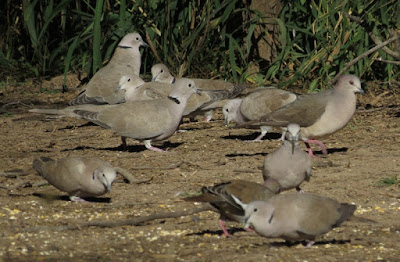 The "Three Fat Doves" (can you pick them out?) 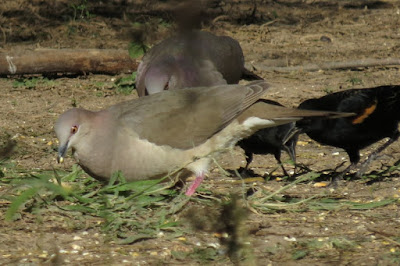 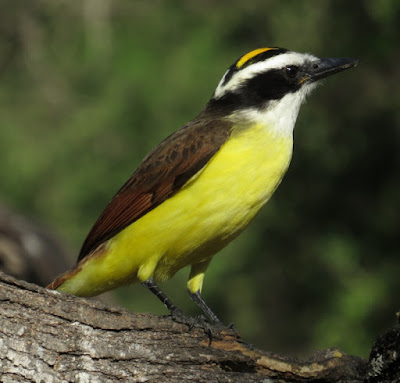 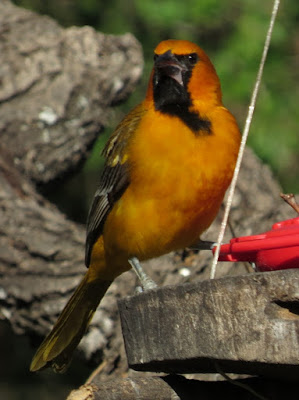 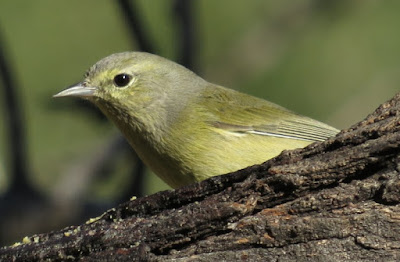 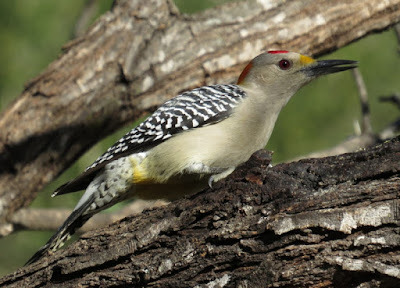 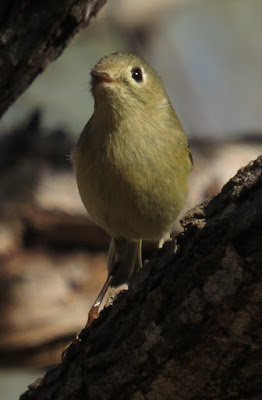 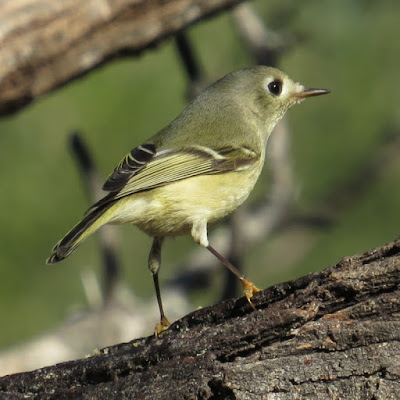 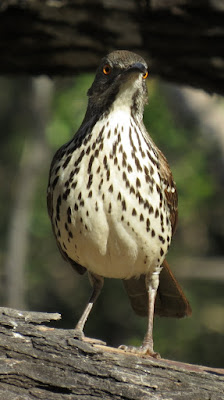 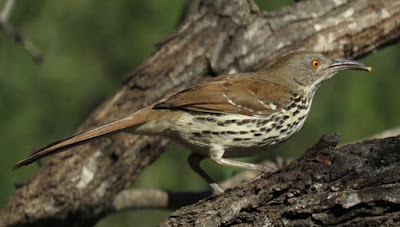 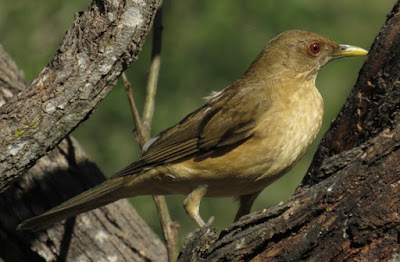 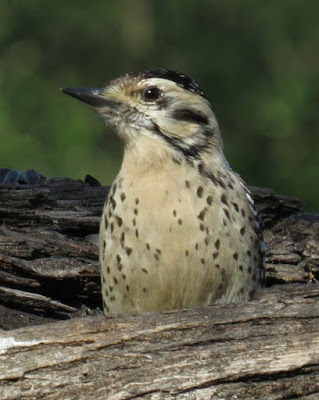 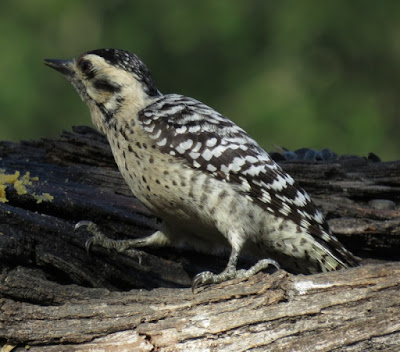 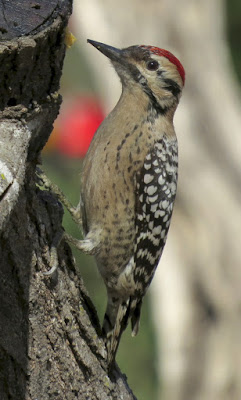 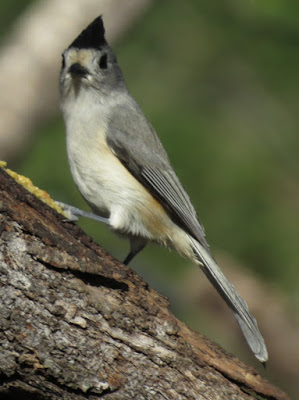 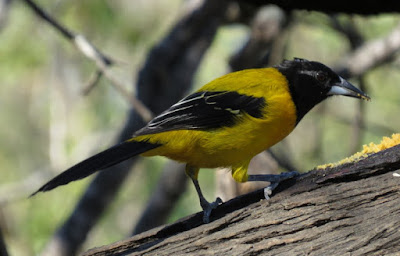 Baldy the Audubon's Oriole chows down

Having nailed that lifer, we then headed toward the Dump Road, where Sarah suddenly realized that both Black-tailed Gnatcatcher and Cassin’s Sparrow would be lifers as well!  So we began crawling along, and while it was pretty quiet at first, we eventually got views of a Curve-billed Thrasher, and some gorgeous Black-throated Sparrows popped up immediately with a little coaxing!  Joshua spotted a White-crowned Sparrow on the wire, and more Verdins called but didn’t wanna show (at least not well).  We trolled for the gnatcatcher, but it was a hopeless cause; at the little grassy area I tried for the Cassin’s Sparrow and was ready to give up when Joshua thought he heard a little note, walked down the road a bit, and found the bird on a bush!  Bingo!  The stubborn Pyrrhuloxia at the end of the road wasn’t nearly as cooperative…

We headed towards Falcon State Park mainly to use the restrooms, after which I planned on scouring the Falcon Loop Road, where I had multiple Black-tailed Gnatcatchers the first time I surveyed it.  But on the way in I heard the pish-like scold, so we pulled over and got out, did a little pishing of our own, and what should come tearing in but two very riled-up Black-tailed Gnatcatchers (even flaring their tails to prove it J)!  The ironic thing was that the first thing to come in to the pishing even before the gnatcatchers was a very cooperative Verdin! 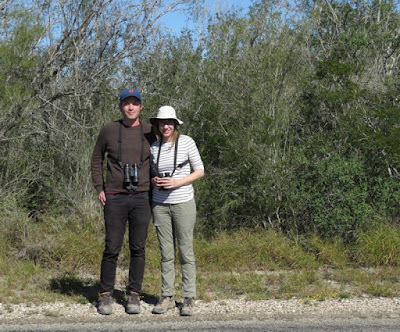 Joshua and Sarah after seeing their life Black-tailed Gnatcatcher!

So having gotten the target birds out of the way, there was no need to go back to the Falcon Loop Road, so we decided just to cruise the state park to see what we could see.  It was pretty quiet, but with the few lake views we had we were able to pick out distant White Pelicans, herons, Ospreys, and cormorants, but no gulls, ducks, or shorebirds!  Three cute little Inca Doves graced us in the picnic area, and Sarah spotted a Belted Kingfisher by the water, while Joshua spotted a shrike and a Vermilion Flycatcher over the fence!  A little walk around the loop trail behind the Rec Center produced a feeding flock where the Blue-gray Gnatcatcher got added to the day list, and a White-eyed Vireo actually showed himself!  I was shocked that we didn’t kick up any Roadrunners in there (but not critical since we had them earlier), but a final swing around the hookup area bagged us a wonderful covey of Bobwhite! 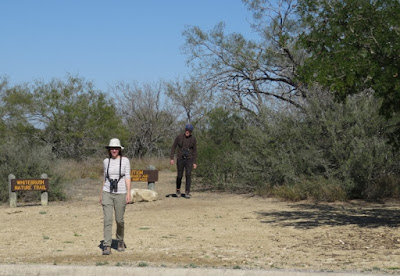 Checking out the start of the Nature Loop Trail 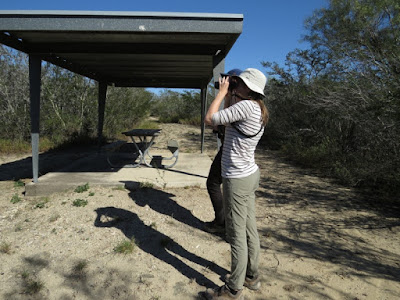 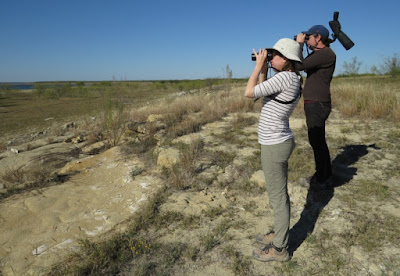 Checking out the lake from the other picnic area 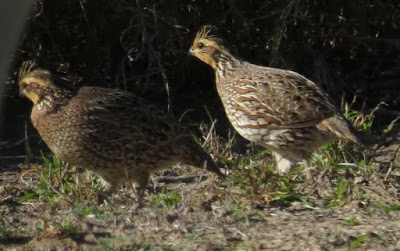 We headed home after that, picking up another flock of Green Parakeets in Roma and a beautiful White-tailed Hawk near the turnoff to Fronton!  Despite being so quiet, the final total came to an amazing 74 species!  Bird list: