Moving into fall migration, I was hoping to pick up a few migrants for the route, but as others have noticed, the hawks are late (probably due to being stalled by the hurricanes)!  I arrived at the beginning of the route pre-dawn, early enough to pick up a hooting Great Horned Owl along with everything else that was waking up (primarily Scissor-tailed Flycatchers)! 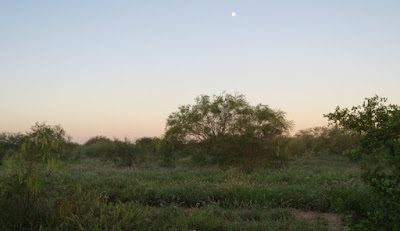 Along the north-south unpaved portion of Laguna Seca Road

It turned out to be an absolutely beautiful day with no wind, and I was gratified to see that the local “Fuertes’” Red-tailed Hawk was still around!  Although not as numerous as last time, Loggerhead Shrikes were still in good numbers, and the two woodpeckers were neck-and-neck for a while:  normally the Goldenfronts far outnumber the Ladderbacks in any given survey area, but today it was like a good game of Euchre (or Soccer, I guess J), where one team would score a point and then the other would squeak ahead by two!  (See the eBird report below to find out who actually won… J)  Noticeable by their apparent absence were Pyrrhuloxias – normally they and their Cardinal cousins are also running neck-and-neck, but I only heard one chattering bird that I felt comfortable calling a Pyrr, and everything else actually did turn out to be a Cardinal (as they were pretty cooperative); goes to show that logging by ear can be risky, especially since young Cardinals can sound very Pyrr-like! 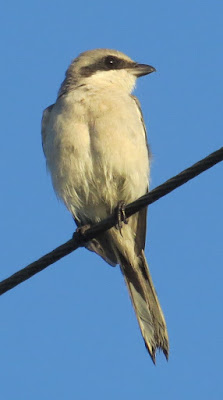 Raggedy-looking Loggerhead Shrike (above and below) 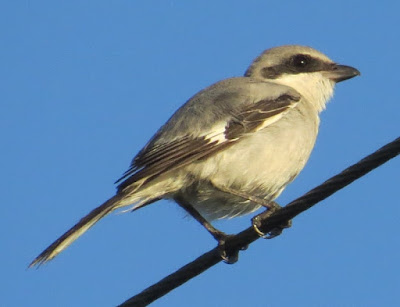 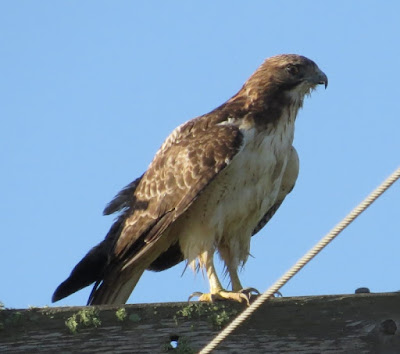 The Fuertes' Hawk is back!  He lacks the strong belly band of most Red-tailed Hawks. 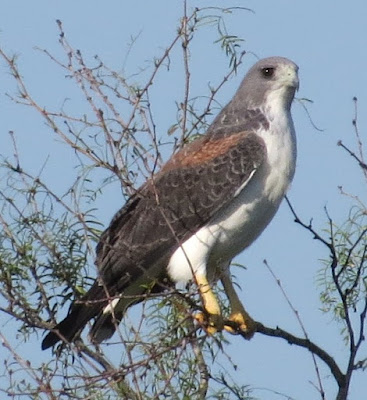 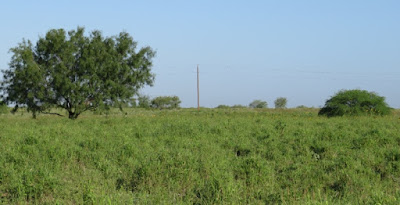 Mesquite savannah that the Whitetails like to hang in 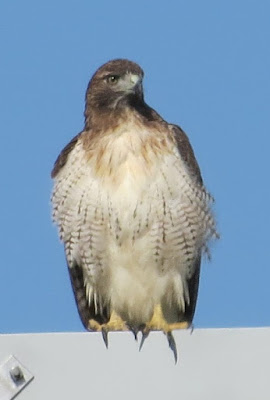 ...where the Fuertes' Hawk (or possibly another bird?) shows up again!

The birds aren’t the only ones to provide entertainment:  while the Turkeys showed up at their usual spot along the paved portion of Laguna Seca Road, at one point I caught the movement of some large animal keeping pace with the car, and I looked over to see a Buffalo racing me! J  He stopped when I did, and there were several back in the thornscrub (behind a fence, thankfully)! 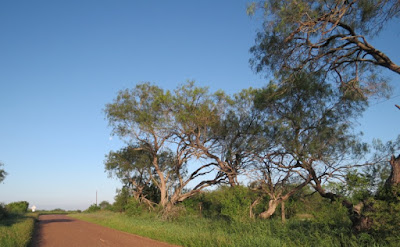 Pretty scenes along the paved portion of Laguna Seca 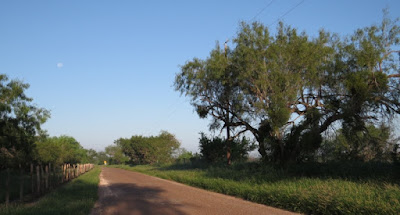 We had had quite a bit of rain, so the roads has little “lakes” here and there, all passable as the substrate of the dirt roads is pretty solid.  But another nice surprise along Floral Road was the appearance of a couple of wetlands in the normally dry ag fields!  These two spots added a good number of species to the route list, including Pectoral Sandpiper, both flavors of yellowlegs, both Stilt and Avocet, two kinds of ducks, and even a White-faced Ibis!  For a while I had debated about even including Floral Road in the route any more, as there are several homes along that road and stopping in front of any of them could cause consternation!  But those wetlands convinced me that the road was worth checking, even if they turn out to be very sporadic (as I’m sure they will be; interesting things have turned up in those ag fields, with or without water in them).  There’s a spot where you can stop away from structures, under the giant high-tension wires, and it was here that a weird-sounding bird turned out to be a Cassin’s Sparrow trying to learn how to sing! J 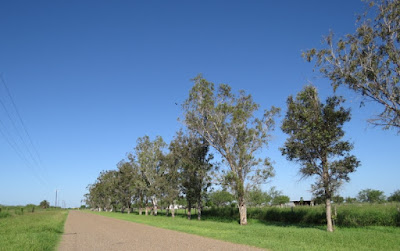 Scenic spot along the beginning of Floral Road 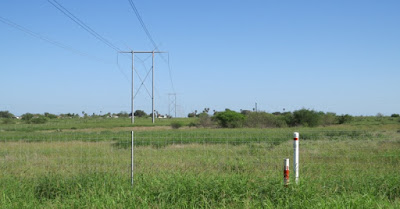 Wetland #1 on the north side 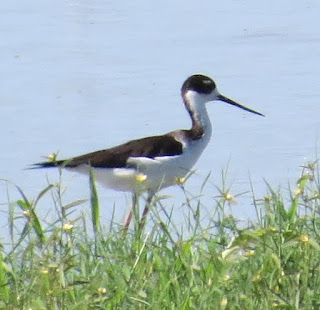 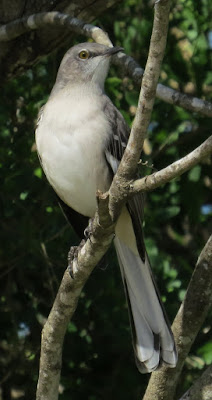 The weather should be turning cool by the time of the next survey, and many of our wintering species should be here by then, so I’ll be anxious to see what surprises lay in store for November!  eBird list: