A Run for the Buntings

Today my birding buddy Juan Sebastian joined us, and the plan was to do Estero Llano Grande SP, which we did indeed start to bird:  a flock of Black-bellied Whistling Ducks flew by, and a few wintering things like Blue-gray Gnatcatchers teased us early on, but finally one of our key species, a Clay-colored Thrush, posed on an open branch along with a Kiskadee!  As per usual, many more species were heard than were seen, but some White-winged Doves posed nicely on the wires for us.  The feeders had just been filled, so we went straight there, and enjoyed several White-tipped Doves and a pair of Golden-fronted Woodpeckers, and at the drip Juan spotted a Mexican Bluewing slowly exercising his wings!  An Orange-crowned Warbler came in for a bath and actually showed us his orange crown!  “Salineño Mike” wandered over about that time and mentioned that he got the Lark Buntings along Laguna Seca Road right where I mentioned them, and at that Carol’s ears perked up, as that was a life bird!  So we made the decision then and there to head straight up there, running into the Harlingen Birding Bunch on the way out who were hoping for the Broad-tailed Hummer to come in to the Sniders’ feeders, but he was a no-show (the hummer, not Rick… J)  We did get fleeting looks at a Buff-bellied, however, along with what may have been a young Altamira Oriole.  On the way to the parking lot a Cooper’s Hawk exploded out of the bushes (Mike said that was why nothing much was coming in to the new feeder area – there was another Coop that liked to sit there)! 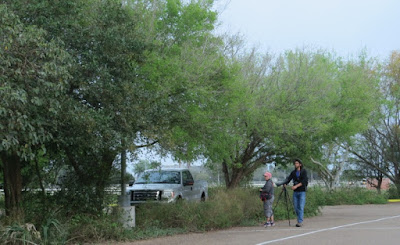 Carol and Juan at Estero 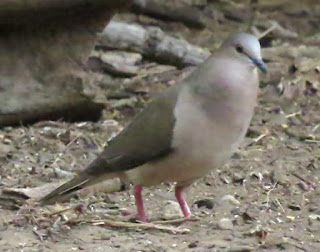 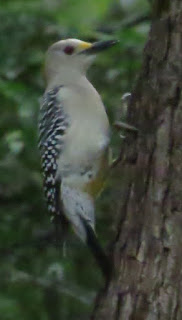 Blasting north, we exited on FM 490 and took the northbound portion of Laguna Seca first, and eagle-eyed Juan spotted the buntings right away!  Unfortunately they weren’t in the best light (and hiding in the grass, as the wind had also picked up), but occasionally they’d sit up on the wire fence and show off their buffy wing patches!  Several Pyrrhuloxias also put on a show, a couple of White-tailed Hawks played in the wind, and while a couple of Red-tailed Hawks soared overhead, I couldn’t see them well enough to tell if one of them was the Fuertes’.  We also heard several Cassin’s Sparrows singing in the fields, but they were more stubborn, as was a little flock that included House Wren, Orange-crowned Warbler, and Lark and Lincoln’s Sparrows (only heard the latter two, but Juan at least saw the Lark Sparrow).  The Caracaras were rather skittish, but a nice Harris’ Hawk was more cooperative for pictures!  Juan gave us quite an education on the plants:  the Huisache trees were in riotous bloom, and the large Texas Prickly Poppy had large flowers as well.  He showed me the compound leaf of a Colima plant, and several Yuccas were in bloom as well; he told us that people actually eat them (after cooking them, of course)! 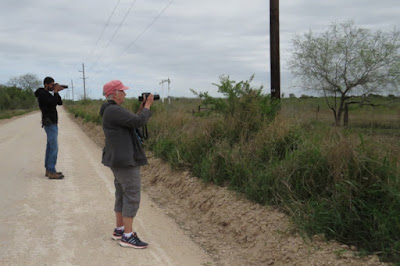 Juan and Carol shoot the Lark Buntings (below) 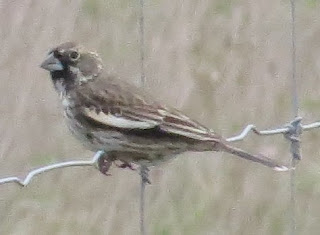 How many Lark Buntings can you count amongst the flowers?? 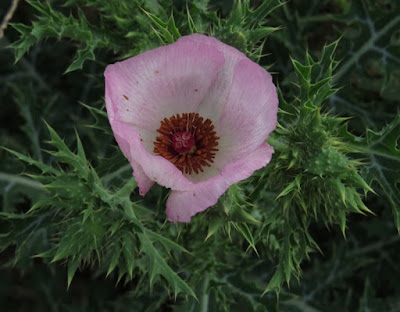 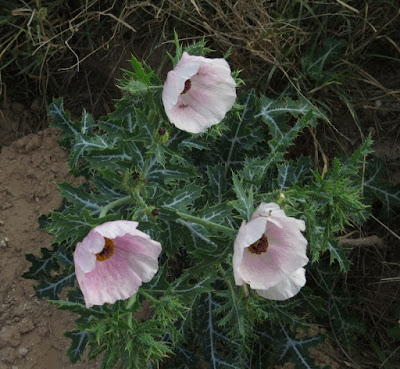 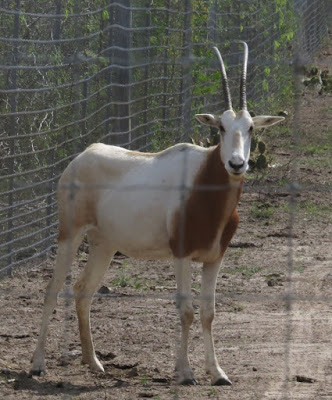 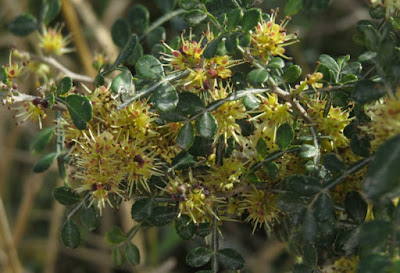 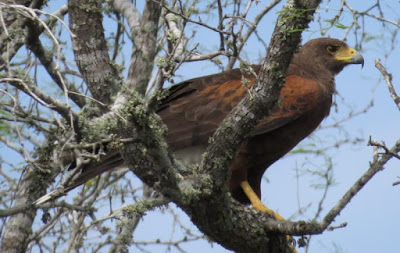 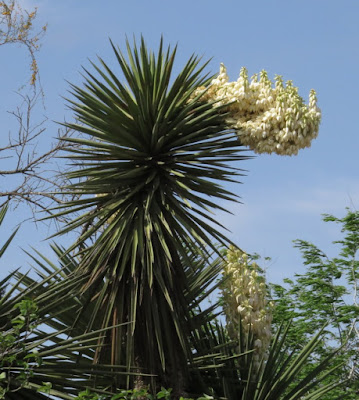 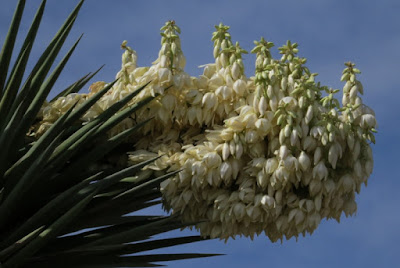 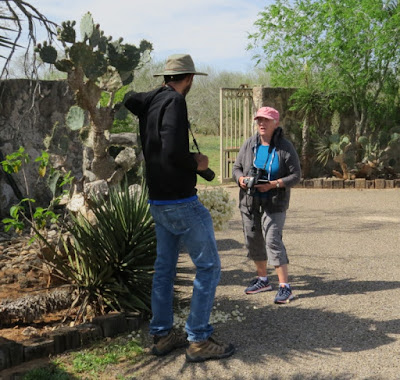 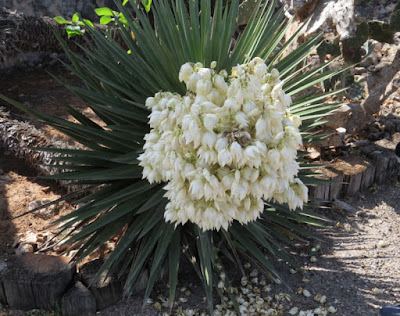 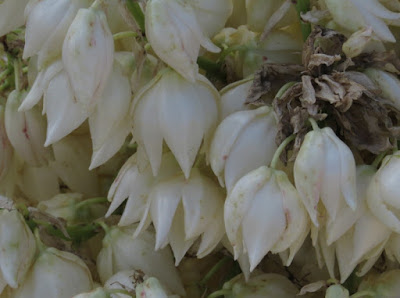 Close up of the flowers

We had to leave about that time so we continued to Miller and picked us US 281 from there, with a modest 48 species for the day.  (Oh, and Carol discovered after the fact that the bunting wasn't a lifer after all...J)  Bird list: