This was Julie and Richard’s first “Winter Texan” trip to escape the cold of Indiana, and they had already visited many wonderful places before coming to the Inn for several days!  After chatting a bit in the office on Thursday, they had a handful of target birds that I thought might be best bagged in Starr County, so we made plans to head out the next day!


Seeing as the Green Parakeet mob along Bus 83 in Palmview was becoming more reliable, we stopped for them on the way (about 800 at least), and had a Red-tailed Hawk on the way to Salineño.  My plan was to go there first thinking morning might be better for the seedeaters, but the place was absolutely mobbed!!  The seedeaters had been seen that morning, but many folks (including us) subsequently missed them; we went up a side road (that I think was actually someone’s very long and rough driveway) and got Cassin’s and Lark Sparrows instead, both thankfully lifers!  I thought I heard a seedeater whistle around the canyon but it sounded too close to a whistle the Redwings were making to be sure.  Part of The Mob was a group from Estero Llano Grande led by Ranger John Yochum; they actually went way up the canyon a la my young friend Josh last December (when I guarded the rocks J)!  My charges were perfectly amenable to “guarding the rocks” as opposed to bush-beating up the canyon; turns out the seedeaters weren’t up there, either.  We couldn’t kick up any kingfishers, either, but we did see Coots and a pair of Gadwall in the river, besides the ever present Ospreys and a couple of fishermen… 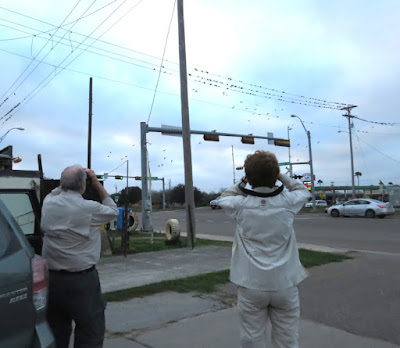 Checking out the parakeets on Business 83 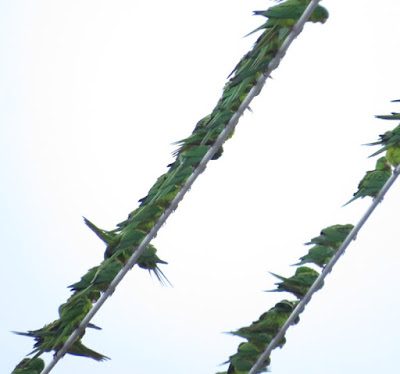 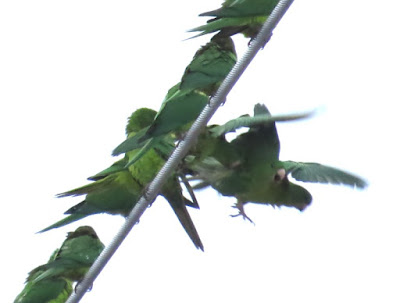 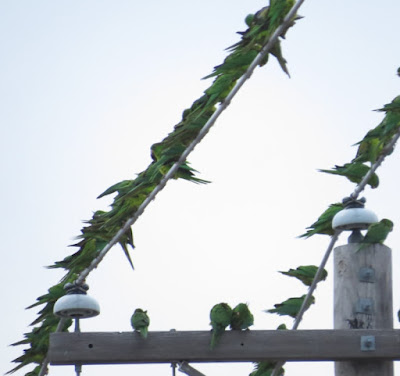 Julie on the upper road

View back towards the river 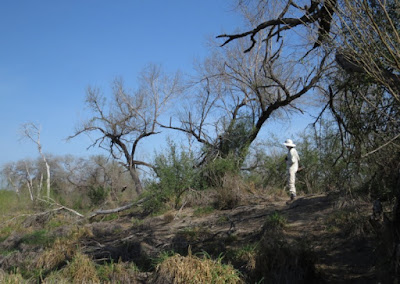 Julie at one of the traditional seedeater spots

The Estero group was heading elsewhere, so we made a break for the feeders, but even so it was quite cozy!  All the regulars came in (including “Patch the Redwing” and “Baldy the Audubon’s”), and as promised, Richard was able to get some good pics while the Gray Hawk squealed unseen overhead.  From there we went up Dump Road and had scope views of a Bewick’s Wren before even getting there!  (I’m always nervous about pulling out a scope in a residential area, though…).  We had passable views of the Pyrrhuloxia, but unfortunately not photo quality.  It was actually pretty dead except for more Mockers, Bewick’s Wrens, and Curve-billed Thrashers, plus a Turkey Vulture with its wings out! 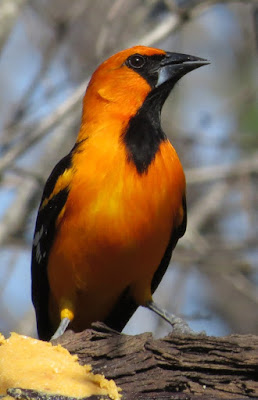 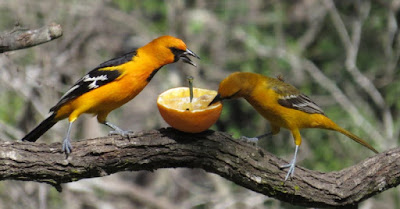 Having a spat with the young'un 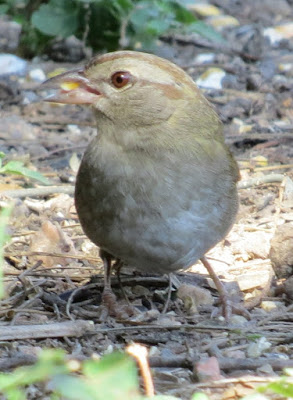 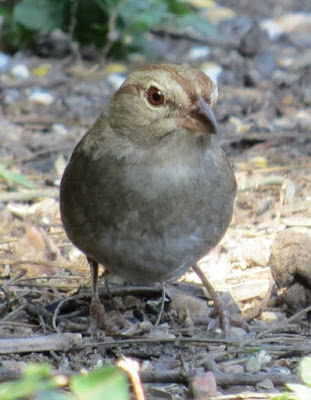 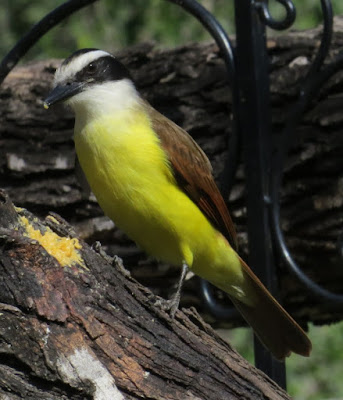 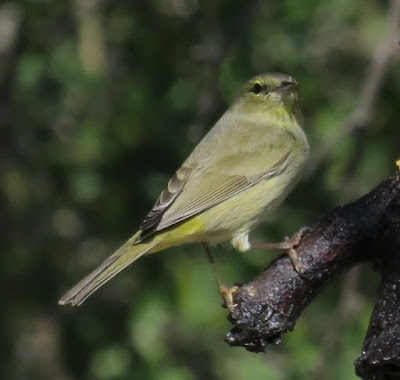 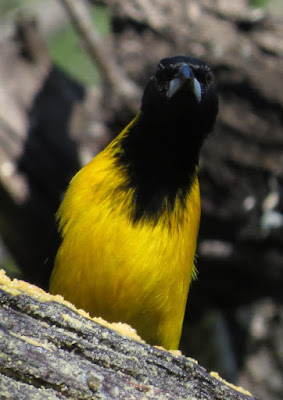 "Mrs. Baldy" (the female Audubon's Oriole) takes a look around...

...while "Baldy" comes in after she's had her fill! 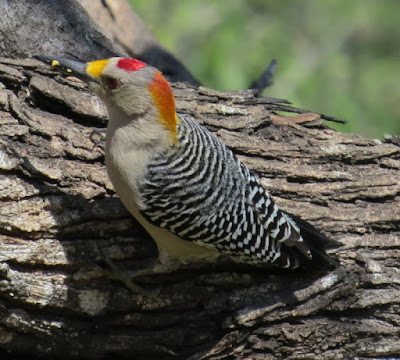 One never tires of the colors on a male Golden-fronted Woodpecker!

Harris' Hawk poses on an old windmill along the Dump Road...

...while a Turkey Vulture catches some rays!

We headed to Falcon County Park on a whim; no Red-billed Pigeons yet (they like to feed on the Coma berries), but we did run into a flock of Cedar Waxwings!  Other than that they really didn’t have many birds either, perhaps due to the presence of lots of campers.  The State Park was pretty quiet, too, although we saw more Pyrrs; feedings flocks included Orange-crowned and Yellow-rumped Warblers, gnatcatchers, and kinglets.  Had a female Vermilion Flycatcher flopping around near the boat ramp, and a little off-roading got an Eastern Phoebe, a calling Greater Yellowlegs, and Chipping Sparrows up in the circle.  Tried for the Rock Wren behind the rec center, but he was a no-show... L  The lake was pretty devoid of water birds except for Laughing Gulls (too many boaters, probably), but had the Savannah Sparrow flock at the end of the picnic area, along with the Harris’ Hawk on his pole, and the resident Caracara on his pole as well in the cabin area! 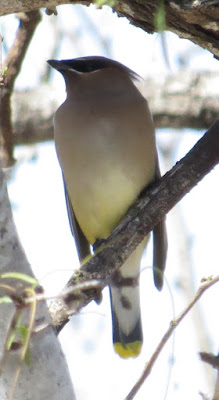 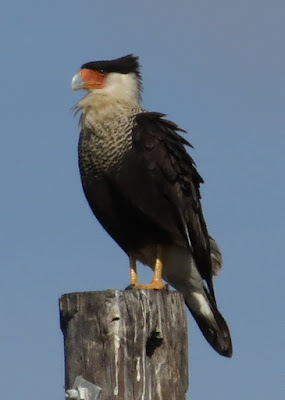 Headed home with 67 species for the day.  Bird List: