Note:  Photos below are NOT from the book - they're my own, just for the sake of including pictures!  Those in the book are MUCH better!!!

Woodpeckers have always caught the human fancy, and there are even birders out there whose sole goal in their birding life is to see every species of woodpecker that they can!  And for woodpecker-lovers in North America, Shunk’s seminal work on this family is a must-have.  Chock full of beautiful photographs, informative charts, and exhaustive species accounts, this is a book that you’ll come back to again and again for reference.


The book opens with general information about the family:  anatomy, feather structure, behavior, and ecology.  The detailed species accounts cover distribution, habitat, detection (which covers vocalizations and drumming), identification (which also covers aberrant plumages and hybridization), behavior, and conservation, along with some interesting factoids about each species.  It’s not necessarily a book you’ll want to read from cover to cover (as it’s primarily a reference book), but I did so, and discovered some interesting things I never knew about woodpeckers:


·         In general, woodpeckers are a keystone organism, providing cavities for other animals, and hummingbirds have even been known to follow sapsuckers in migration to feed on their sap holes!


·         Fires are important to their survival, and many species are specialists when it comes to burned-out forests!


Here are some interesting nuggets about some of the species covered:


·         The Red-headed Woodpecker nests on golf courses (and I can certainly attest to this as the highlight of accompanying my father on his golf games was to see the “redheads”)!  And although intra-species aggression is not uncommon, Red-headeds will even bully a Pileated Woodpecker! 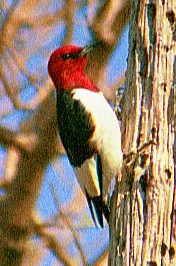 ·         The Acorn Woodpecker also makes sap wells like a sapsucker, and the Anna’s Hummingbird will visit their sap wells only when the coast is clear! 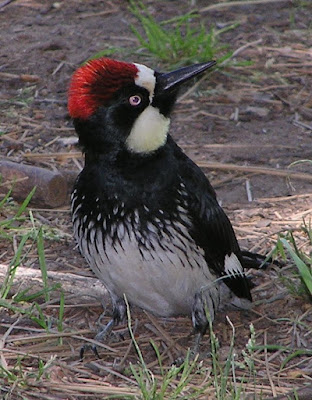 ·         Gila Woodpeckers have been known to bang on windows if the feeders haven’t been filled yet! 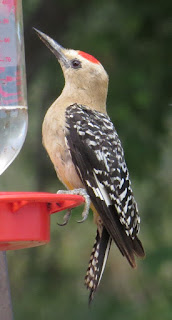 ·         In the early 20th century, the powers that be were considering lifting federal protection of the Golden-fronted Woodpecker due to the damage they were causing to telephone poles, until it was discovered that Ladderbacks were the culprits! 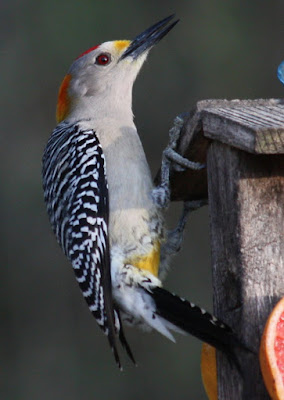 ·         The Red-bellied Woodpecker has been observed both feeding the fledglings of other birds and eating their nestlings and eggs!  And even though other woodpeckers are in zoo collections, apparently this is the only species to have successfully bred in captivity.


·         Unmated male Williamson’s Sapsuckers will play stepdad to kids whose father abandons them before fledgling!


·         The Red-naped Sapsucker is apparently the only sapsucker that is monogamous, and they’ve been observed feeding their kids bone fragments! 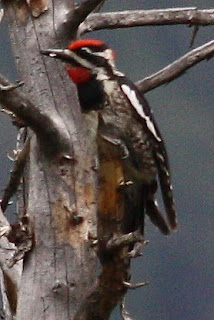 ·         The Downy Woodpecker is also monogamous, and may escort his wife away from the scene before a fight with an intruder! 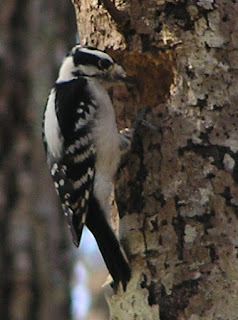 ·         The Hairy Woodpecker will tap in order to find a resonant tunnel, signaling the presence of beetle larvae!  It will also use its wings to catch dropped food! 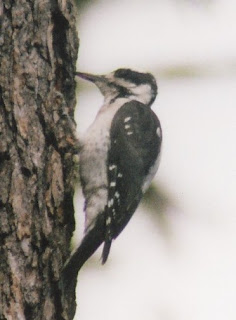 ·         The Arizona Woodpecker is considered the rarest North American woodpecker, even more so than the Red-cockaded!  (Perhaps this is due to its limited range?) 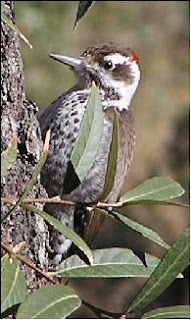 ·         The Northern Flicker eats more ants than any North American bird, and also tends to have more than its fair share of deformed bills!  This could be due to lack of “trimming” by feeding by excavation. 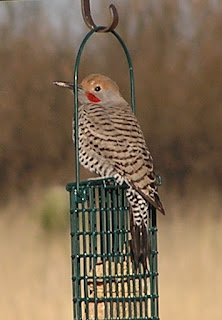 
This is a book that every woodpecker-lover will want in their library, one that the professional and layman alike will enjoy, both for the wealth of information therein and the photographic “eye candy”!