Adventures of a German Writer - Part 1


Early this month we once again hosted a visiting journalist from Germany, courtesy of South Texas Nature!  Christopher Schmidt was an avid birder in addition to being a writer, artist, and teacher, and it was a delight to take him around and show him our special birds!  My “shift” included Estero Llano Grande State Park the afternoon of the 6th, and a morning of local birding on the 8th.


The temperatures were surprisingly mild by the time Christopher arrived from South Padre Island, so we had a pleasant afternoon temperature-wise.  The afternoon lighting off the deck at Estero was perfect, and we had great comparative looks at Stilt Sandpipers next to Long-billed Dowitchers, and Blue-winged and Cinnamon Teals together.  I spotted a female Wilson’s Phalarope across the way which got Christopher excited, but before I could get my scope on it Ranger John showed up, and once we started talking Pauraques the phalarope was forgotten in favor of looking for a somewhat reliable bird near the park host camp (I was concerned about the Alligator Lake bird because she had moved her babies back into the central part of her patch and was harder to find)!  Unfortunately John’s bird proved elusive, so we wandered back into the Tropical Zone where we ran into Huck, who knew exactly where the “TZ Pauraque” was located!  He/she was hiding as well, but on the way Huck spotted a Clay-colored Thrush high in the trees, and the Red-crowned Parrot sitting in her nest hole was a great consolation prize! 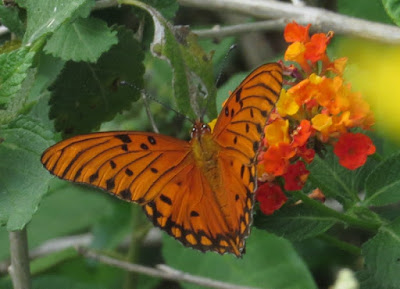 Gulf Fritillary in the parking lot 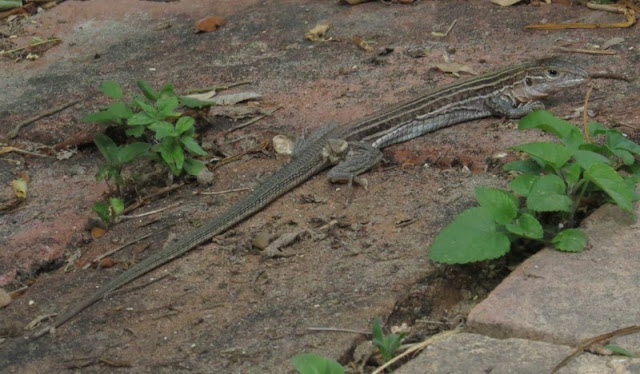 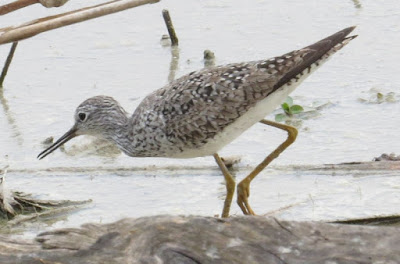 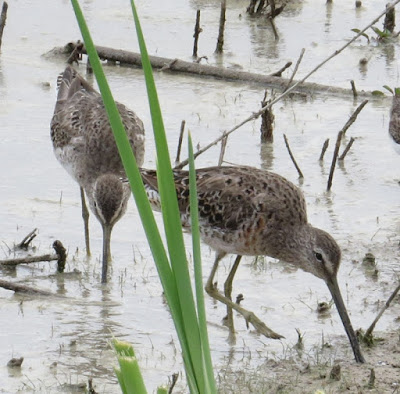 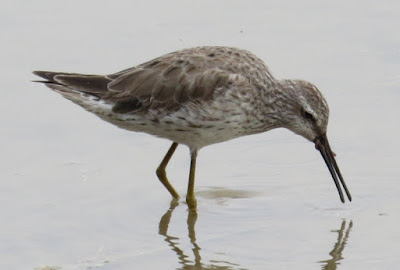 Stilt Sandpiper with a goodie... 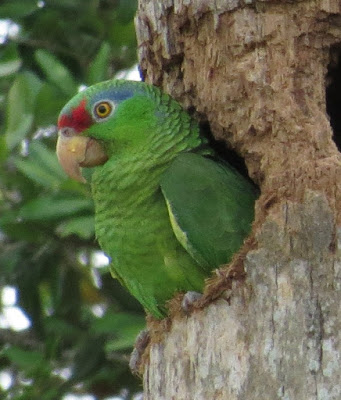 Red-crowned Parrot in her nest hole


Even though he hadn’t been able to spot it that morning, Huck offered to take us back to the Alligator Lake bird in hopes of maybe spotting her, so we traipsed around Ibis Pond and made a quick stop at Curlew Pond for the resident Least Grebe, after which Huck spotted one remaining Fulvous Whistling Duck on Dowitcher Pond for Christopher!  Heading back towards Alligator Lake the guys were scouring Grebe Marsh for a Green Kingfisher when a Bobcat started sauntering down the trail ahead of us!  Christopher had been hoping for an Ocelot sometime during his trip, but this was definitely the next best thing! An inquisitive Bobcat keeps an eye on us as we approach Alligator Lake! 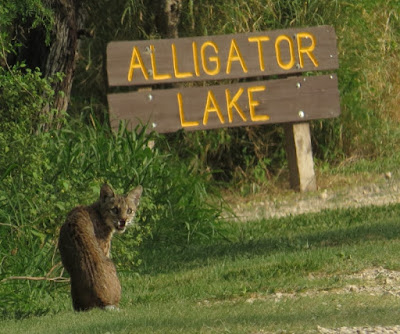 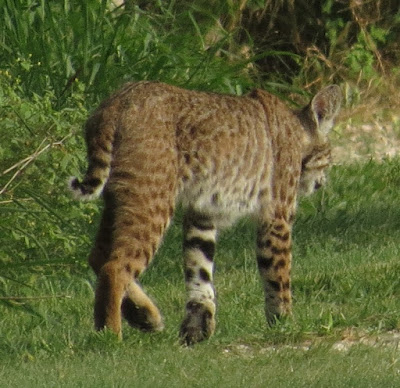 On to the patch, and as Huck and Christopher scoured the ground litter, I went around to the “traditional” spot just in case the bird had decided to move back, but before long I heard “spotted it” and hustled back around to find that Christopher had actually found her!  He was able to get his scope on her and her two fuzzy babies! J  While he went running (literally) back to the car to get his digiscoping camera, Mr. Bobcat moseyed by us again even closer, and both Huck and I were worried he might try to go after Mrs. Pauraque!  She indeed went instantly from a snoozing pose to a “high alert” pose, head up and eyes wide open!  Apparently the bobcat was more interested in the two cottontails that were a little further down the trail and she went back to snoozing… 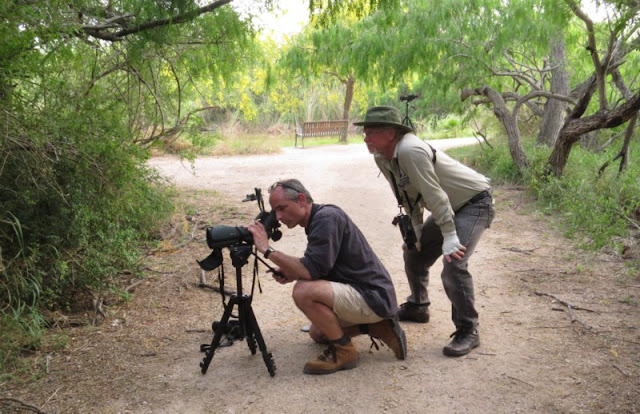 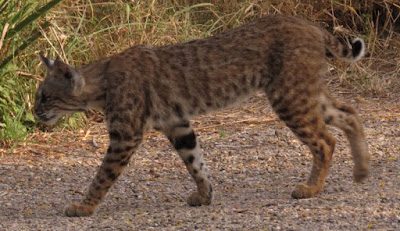 Meanwhile, the Bobcat strolls by again!