Mike was a return Valley visitor and had been birding quite a bit on his own, but wanted company heading up into Starr County, so that’s where we headed this day!  Little did we know the temperature was gonna break 100, but it started out decently enough!


We first arrived at the Salineño Boat Ramp where Merle, Lois, Mary G., and several other birders were already there!  Mary pointed out a Zone-tailed Hawk soaring overhead, and one of the Ospreys posed nicely across the river.  Red-billed Pigeons had been seen, but not at this moment, so we decided to head down the trail.  The seedeaters were a no-show, but we got looks at Orange-crowned and Yellow-rumped Warblers, White-winged Doves, and both Black and Turkey Vultures.  A Cave Swallow flew overhead, so at least Mike got to see one of our specialties!  Once at the cul-de-sac another gentleman joined us and we waited awhile; a Ringed Kingfisher rattled and was finally spotted as he made his getaway, and at one point a large “columbid” flew by at an unidentifiable angle; the good news was that when the bird wheeled around he revealed himself to be the coveted Red-billed Pigeon, but the bad news was that Mike never got on the bird in the first place! L  Our unknown friend thought he saw him land in one of the trees, so I was ecstatically getting the scope on him, only to find out that the perched bird was a Chachalaca!  Mike at least got to see that one through the scope, but we all had a good laugh about it…


I had heard an Audubon’s Oriole singing, so Mike opted to go to the feeders.  We spent about an hour up there, enjoying the usual visitors – tons of Altamira Orioles, Green Jays, and Kiskadees; and lesser numbers of titmice, Cardinals, and both woodpecker species.  After a while we got glimpses of a Long-billed Thrasher and an Olive Sparrow, and a White-tipped Dove came out to join the Whitewings that were feeding in the back! 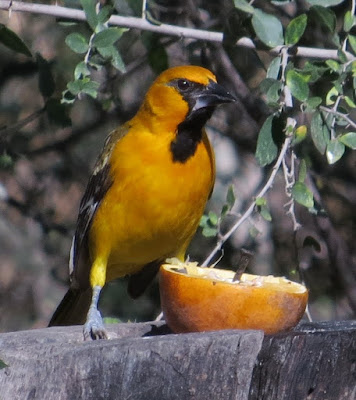 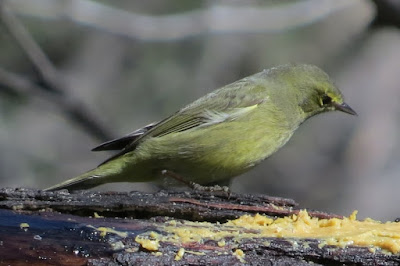 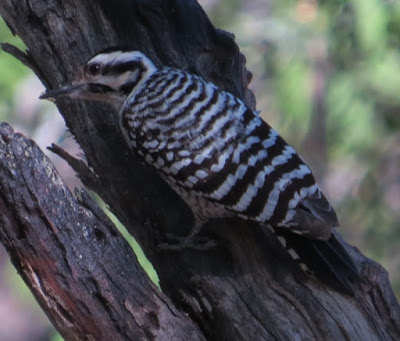 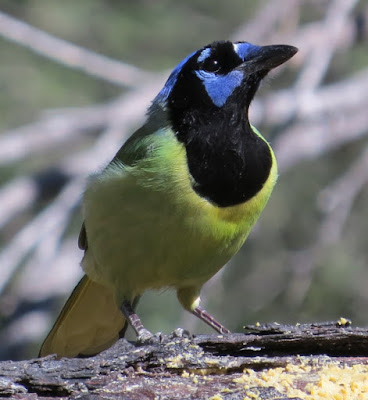 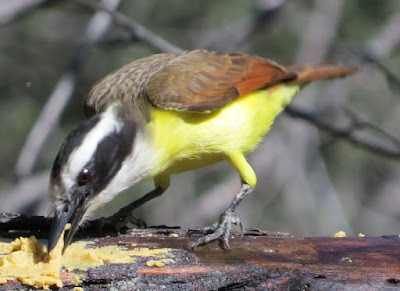 Great Kiskadee gobbling down the goods 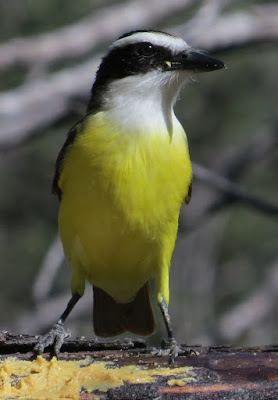 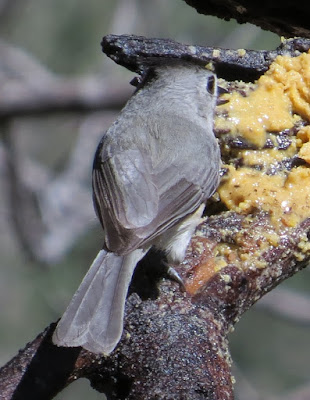 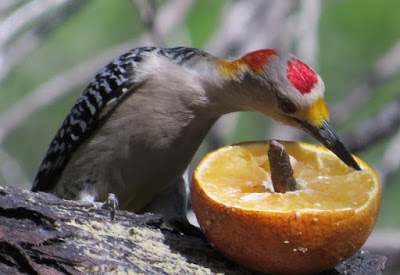 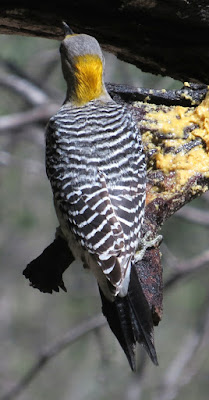 One of the resident accipiters broke up the party, so we decided to go down to the boat ramp and wait awhile, to see if anything new would fly by.  Added Great Blue Heron, Spotted Sandpiper, and Double-crested Cormorant to the list, but that was it (I had heard a Gray Hawk walking down, but never spotted him).  So we decided to head up to Falcon SP via the Dump Road. 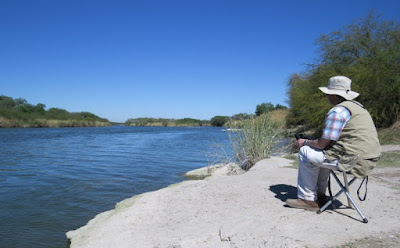 Mike waits for a Muscovy Duck to fly by...

That turned out to be one of the most productive roads of the day!  A pair of Verdins came right in (a miracle in itself), Pyrrhuloxias chattered, and a Black-tailed Gnatcatcher hissed and batted by!  After getting some lunch we headed into the state park, where we unfortunately didn’t see much of anything due to the heat, I’m sure; we crawled around the whole park and even 4-wheeled down to the lake edge, picking up nothing more than a couple of Great Egrets.  In the camping areas we observed some Western Meadowlarks and a pair of Chihuahuan Ravens, even getting to see the white neck feathers!  We decided to call it a day after that, but even so managed 56 species for the day.