Digiscoping on the Deck

Clay Taylor was in town for an impromptu digiscoping demo, so after deciding to have it at Estero Llano Grande SP, Keith asked me to attend, and I was happy to do so!  My own attempts at digiscoping had been pretty dismal, so I was eager to learn some tricks!


The very best way, of course, is to have the type of setup Clay had!  As a rep for Swarovski Optiks, he had use of a top of the line STX scope with an eyepiece adapter to which he could attach his SLR camera body!  Some of the photos he showed us were stupendous, and the equivalent telephoto lens you’d have to drag around would be prohibitive to say the least!  He also had an adapter for his IPhone, which was provided by Apple; apparently all you have to do is give them the diameter of your scope eyepiece, and they’ll provide one that will fit perfectly!  There are also multi-use smart-phone adapters on the market that come with a holder that will adjust to any size smart-phone, plus various rings that will fit any size scope (I tried one that Keith had and it worked like a charm)! 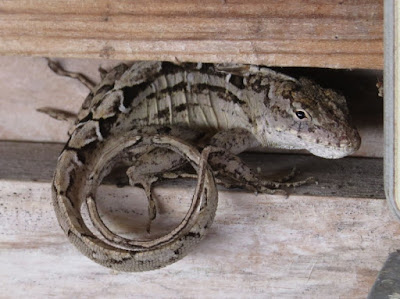 Cute little Brown Anole we enjoyed while Clay was setting up 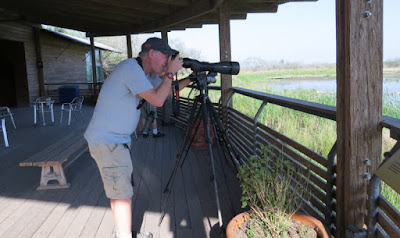 Clay Taylor showing us how it's done!


But in the absence of any fancy gadgets, Clay showed me how to get the best you can with what you have:  with the camera function on your IPhone on, hold it up and away from the scope eyepiece, and look for the little dot of light in the scope (like the light at the end of a tunnel).  Then slowly close in on that to the point where you have the sharpest image.  Ideally, you’d probably have to have the eyecup extended, as that will allow you to rest your phone on the scope without the phone’s camera being right up on the eyepiece lens (which you don’t want; there needs to be a bit of space between the two).  Enlarging the image on your phone will do away with the vignetting, and by pressing your finger on the image so that it locks, you can adjust the exposure, which was a big issue with my previous attempts at digiscoping as the subject tended to be over-exposed. 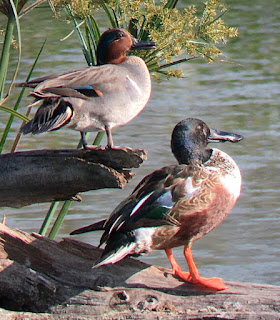 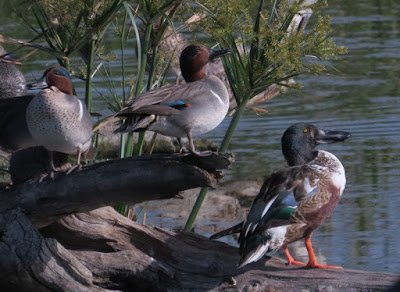 The same birds taken with my Canon PowerShot XS50 (what really needs to be posted here are some of Clay's shots...)


The people who seemed most interested in Clay’s setup were those who already had “big guns” and were convinced that his results were much better than anything they had achieved with just the lens!  Indeed, I have a friend in the Houston area who takes all his pictures through his scope with a similar setup, and his photos are truly astounding!


Apparently you can use a mirrorless camera (like the point-and-shoot Canon SX50 Powershot that I use), but you need an adapter for that as well – you can’t just stick the camera up to the eyepiece like I used to be able to do with some older PAS’s.  The irony is that the Powershot itself has the equivalent of a 1200mm zoom on it, so the pictures I can get with the camera are actually better than what I try to digiscope with my IPhone!  (Plus my scope is not a Swarovski… J)  But you get what you pay for, and Clay explained that the more expensive SLR cameras (as opposed to my affordable Powershot) has better sensors, which results in a sharper image and less graininess at high ISO levels (and I can attest to that, comparing side-by-side photos of a lost Northern Jacana at the same park under the same conditions, one taken by my friend  with a Canon 70D and Sigma 50-500mm lens which was crystal clear, and my own photo that looked like an impressionist painting…)!  But there’s no question about it: if you want to get knock-your-socks-off photos without breaking the bank (or your back), digiscoping with a quality setup is the way to go!

More birds shot off the deck with the Powershot: 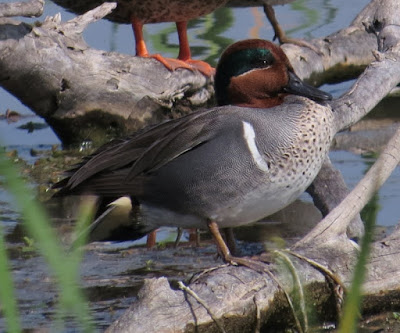 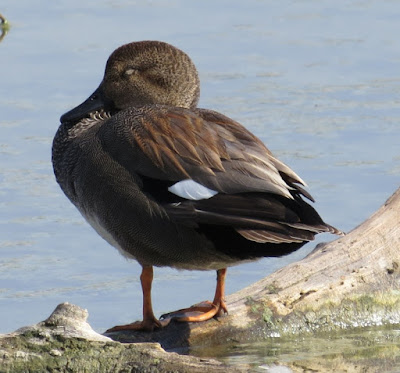 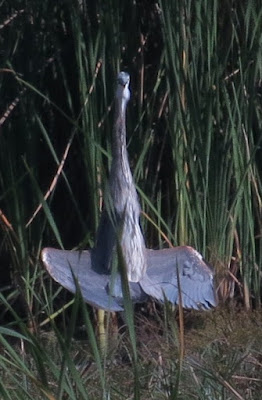 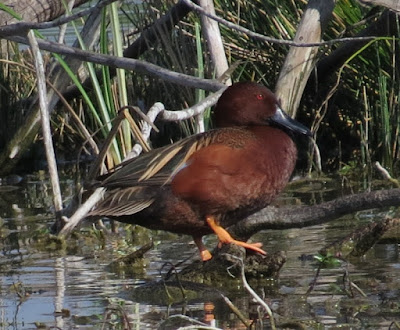 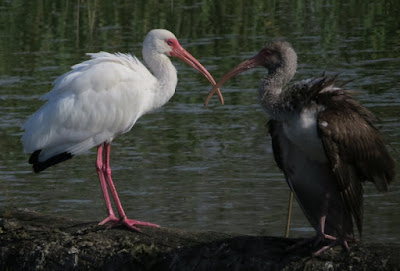 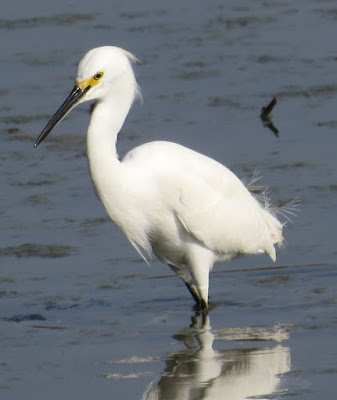 Clay pointed out a subtle trick to help tell a female Blue-winged Teal (left) from a female Green-winged (center and right): the breast speckling on the Greenwing is a bit more crisp than on the Bluewing! 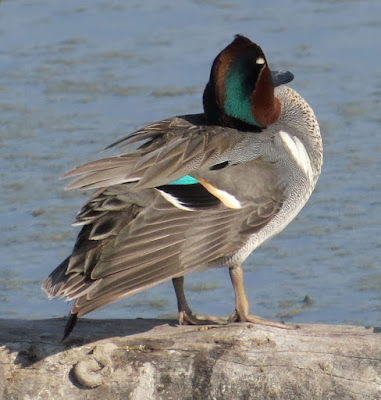 The afternoon light brings out the brilliance on this male Green-winged Teal! 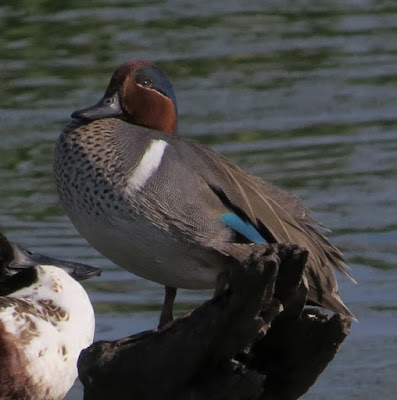 Here are the birds logged while shooting off the deck: