Texas Birding was invited to check out a local sportsman’s lodge called Dos Rios, on a private island in the Arroyo Colorado not far from Adolph Thomae County Park.  Katinka and I joined Keith and met Val and Orlando there.  While waiting for Ram (the manager) to take us over by boat (the only way to get there), Katinka and I checked out the river and logged a Great Blue Heron, strings of White Ibis, and four Roseate Spoonbills way up there! 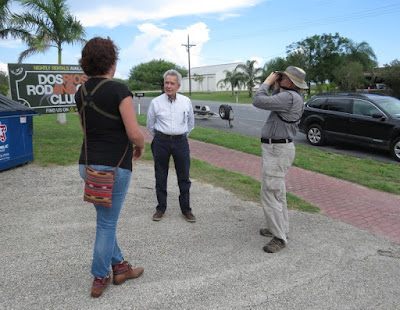 Katinka, Val, and Keith waiting for our ride! 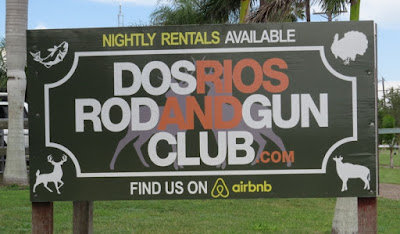 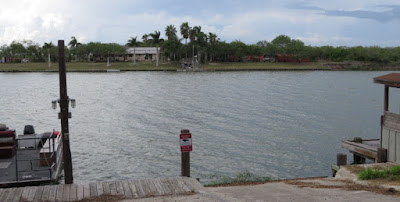 View of the island from the boat ramp on the mainland 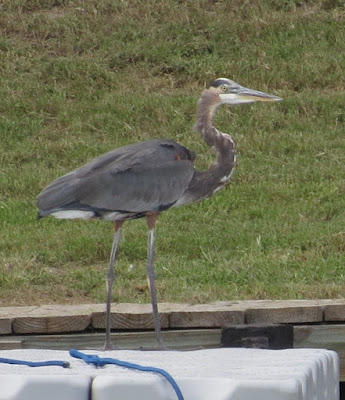 Great Blue Heron on the other side

Shortly Ram arrived and ferried us over, and right away I was distracted by their very friendly Blue Heeler, Bell! J  Got distracted again by a Black Phoebe (which eBird flags in Cameron County) up at the lodge (they had to drag me in for the meeting J)!  The lodge was very nice with three bedrooms (with several beds in each), and after sharing with Ram what birding in the Valley was all about, we all piled into his “safari” vehicle (I rode shotgun while everyone else climbed up on top) and took a tour of the property! 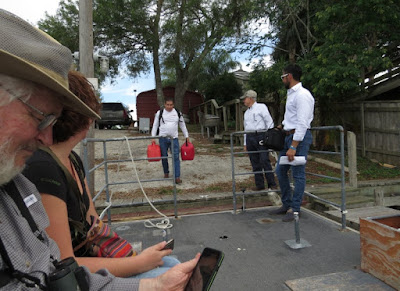 Ram arrives with the extra gas! 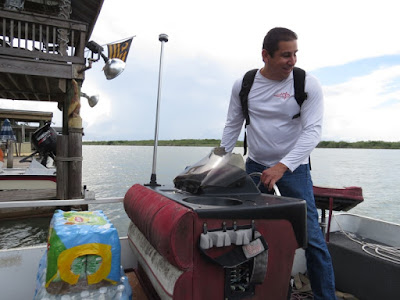 He expertly pilots the boat across the river! 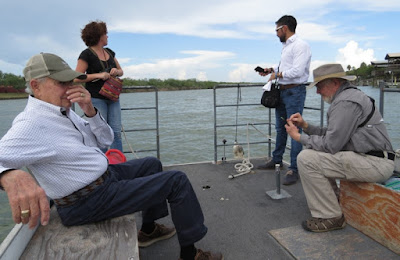 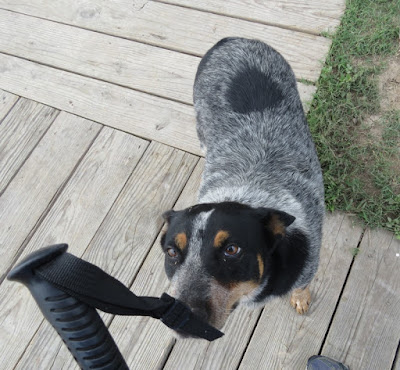 Bell checks out my walking stick... 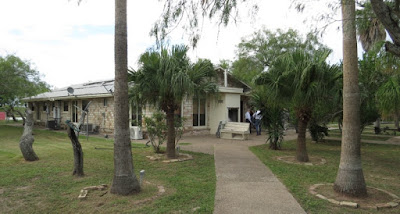 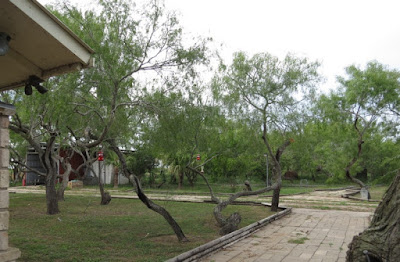 The yard where the Black Phoebe (below) hung out! 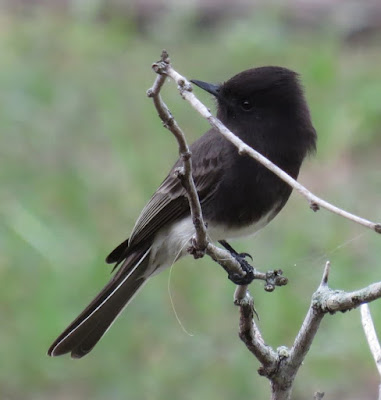 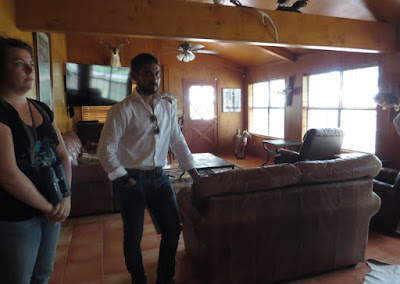 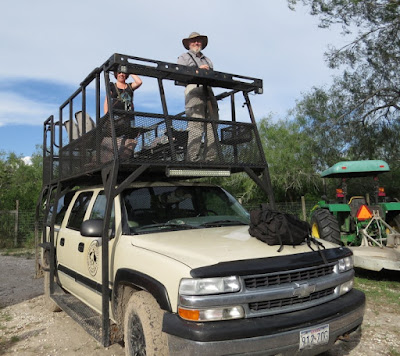 Katinka and Keith are ready to roll!

The road loops around in kind of a rectangle, and I would guess it’s about three miles total; another rancher owns the property next door, but in addition to from having great thornscrub habitat with typical Valley specialties (Green Jay, Verdin, Long-billed Thrasher and the like), we passed some marvelous open coastal prairie habitat similar to what’s out along the old Bayside Drive at Laguna Atascosa!  I yelled up to Keith that I’d bet there would be Aplomado Falcons around, and I was literally showing Ram a picture of one on my Sibley app when I heard yelling coming from up top, and I looked out to see a falcon blasting by – it was the Aplomado!  Talk about great timing!  Somewhere in here Katinka spotted a Gray Hawk, which was pretty impressive that far north! 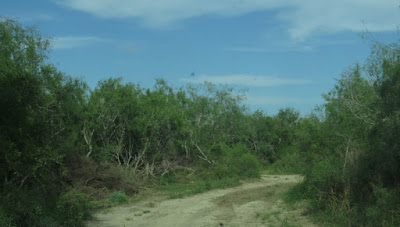 Scenes around the loop...

Rain was forecast, but it missed us! 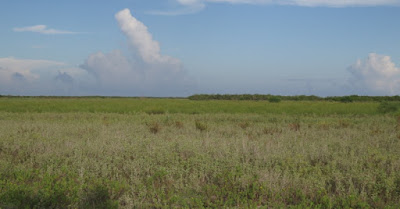 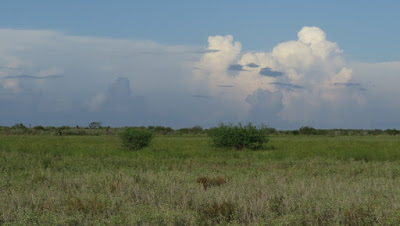 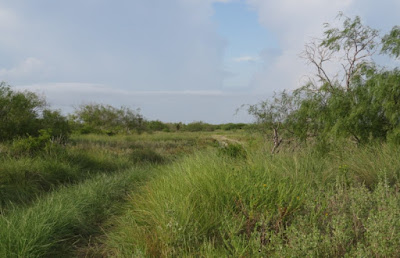 Ram has several corn feeders that actually drop grain at timed intervals, and we did see a few White-tailed Deer, but also some Bobwhite (he said Turkeys were also possible, along with Roadrunners).  As the road paralleled the north fork of the Arroyo Colorado, we spotted a couple of Caracaras, and yet another falcon appeared that proved to be a young Peregrine (the others had also spotted a Merlin).  Three anis fluttered down the river, and as we made our way back to the lodge a couple of Common Nighthawks batted overhead. 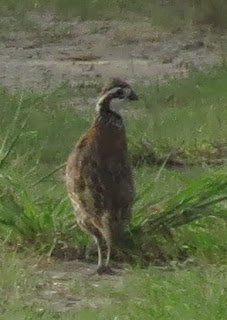 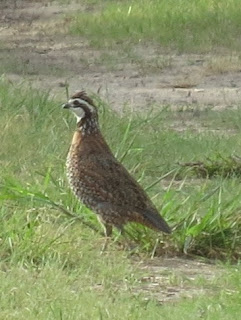 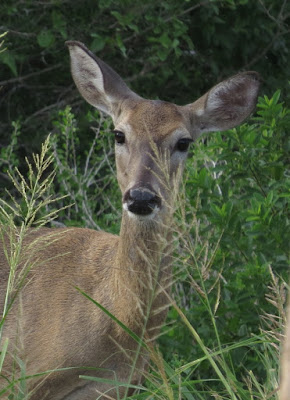 By that time we were all famished, so they hauled out the sweets and sandwiches they had brought in from Sam’s Club, we chowed down while chatting outside, watched Orlando and his drone, and enjoyed the incredible sunset!  Katinka had wandered off and logged a Green Kingfisher, so I joined her where she pointed out a distant Great Horned Owl (the kingfisher never came back L), but both flavors of night herons eventually batted by, calling as they went!  Again, Keith had to call his wayward girls back to the boat J where we were ferried back and headed home, spooking a couple of Pauraques on the way!  Had a modest 50 species for the afternoon, which wasn’t bad! 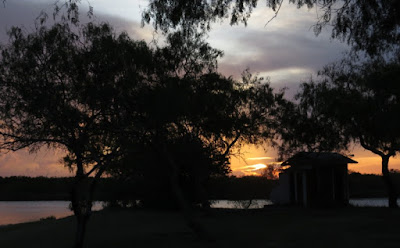 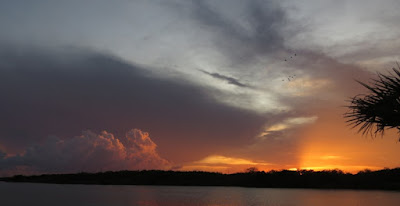 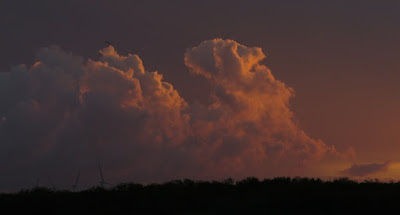 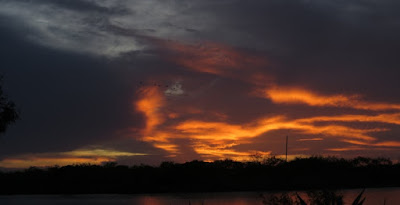