My friend Pat called me at work this morning reporting that she thought she had a Florida White in her yard, which is a somewhat expected but rare butterfly in the Valley!  Since she lives only a block away I fetched my camera and bins and tootled down there, and sure enough, there was the not-so-little guy feeding on the ground!  She (Pat) was very excited as this was not only a yard butter (her whole yard is designated a bird and butterfly sanctuary) but a life butter as well!  As for me, I think it was only the second one I've ever seen here; according to the Butterflies of America website, they range from Peru north through Central America, the Caribbean, and south Florida and Texas, straying rarely north as far as Nebraska.  This was an immaculate male; the female will show some black on the wing. 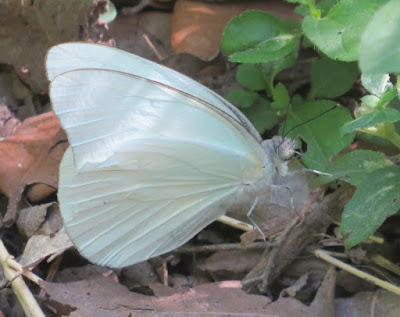 Male Florida White - note the immaculate white wings (except for the leading edge of the forewing), yellowish base of the forewing, and pale antenna clubs (the similar and much more common Great Southern White would have turquoise clubs, plus black wingtips that bleed in to the veins). 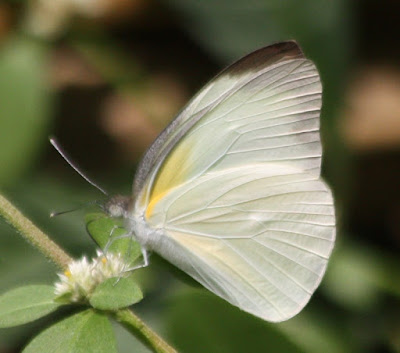 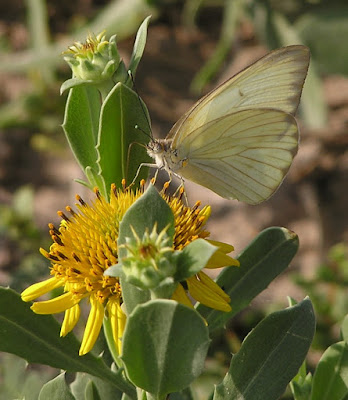 Here's a Great Southern White, where you can see the turquoise clubs and see how the black bleeds into the veins on the wing edges.