Christmas on the Island

My friend Sue invited me to join her and her husband Billy (plus a few other folks) for Christmas dinner at Schlitterbahn’s on South Padre Island (I didn’t even know they had a restaurant…), with some birding on the side, so I eagerly accepted!  We met at Hugh Ramsey Park (where I picked up Green Jay and Black-bellied Whistling Ducks for the day while waiting), picked up our other friend Linda, and headed over, birding along the way!  We started off with a bang when we stopped to check out a resaca that had at least six Hooded Mergansers in it, which is a rare for for the Valley!  We passed a cane field that had just been burned which was just full of fighting Black and Turkey Vultures, plus several Caracaras!  Billy explained to Linda what the big attraction was (“crispy critters” that got caught in the burn) but also the actual burning process:  they burn off the leafy material while the cane itself remains unscathed because if its natural moisture, so that leaves the cane to be harvested and chopped.

A couple of the Hooded Mergansers, showing the classic hammerhead shape 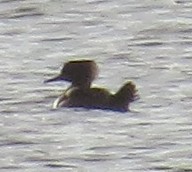 Since Billy was driving I really wasn’t paying attention to the route, but we did take the back roads towards Port Isabel, making a brief stop at Port Isabel Reservoir.  It wasn’t as birdy as some of the times we’ve been there, but we did pick up several ducks and stilts, plus a Gull-billed Tern, a crying Sora, and a singing Marsh Wren. 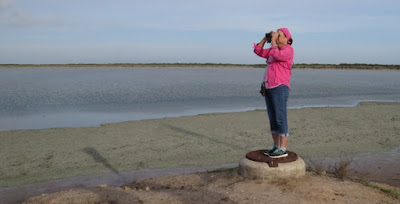 Sue checks for shorebirds at the reservoir 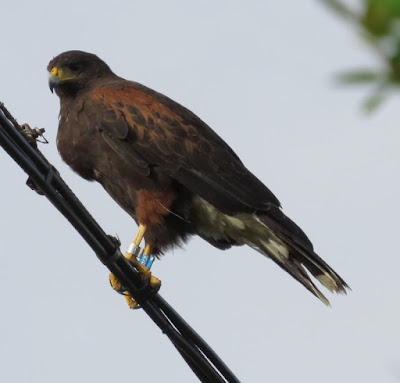 One of Bill Clark's banded Harris' Hawks on the way out

From there we went over to the Island, where we were gonna meet Jolaine at Pier 19.  My Christmas wish was granted when they announced that the first stop was gonna be Isla Blanca Park to try for the Black Scoter, not only a year bird for me but a state bird as well (and a lifer for some)!  The other blessing was getting in for half price since I was a veteran (thank you, Norma, for cottoning me onto that J)!  We kind of made a circular route around the edge of the park, where the bay was pretty empty, and surprisingly so was the parking lot to the jetty!  The bird was last see right about where the restrooms are (across the way, of course), and while I finally did scope a black blob, it was almost right in the sun, so we hiked down to the base of the jetty where hopefully we could get a better angle.  That hit pay dirt, as between dives you could clearly see his orange bill knob!  You had to be patient and wait for him to come up at the right time, but eventually everyone got great looks!  The most amusing incident was after I posted the report on the LRGV Rare Bird Whats App group, I immediately got a phone call from Juan Sebastian who happened to be on the jetty fishing, and asking me exactly where the bird was! J  Our other friend Madeleine also called wanting to know the same thing, and long after we left she hightailed it over and got the bird (and so did Juan)!  Ain’t technology great… 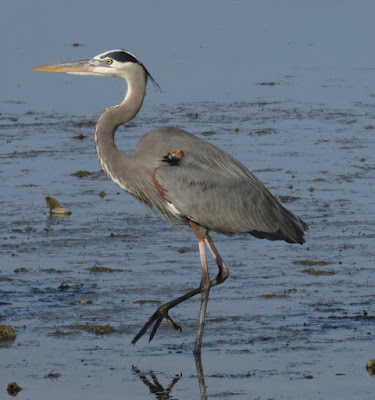 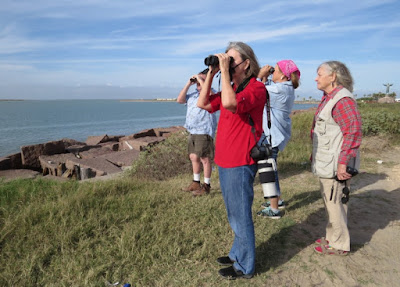 Looking for the scoter (L-R:  Billy, Jolaine, Sue, and Linda) 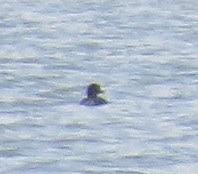 "Proof shot" of the Black Scoter, very rare for the Valley!

From there we headed to the Convention Centre, where we had a nice view of a female Wilson’s Warbler, Ruby-crowned Kinglet, Orange-crowned Warbler, and glimpses of Catbirds.  Bill Clark joined us there, and we headed out onto the boardwalk, where we not only ran into several Indian families enjoying the day but my friend Jane from our old church care group and her hubby Manny and sons!  Billy was in his element, as he loves to play the tour guide and share birds and history with whoever will listen (especially when folks call the spoonbills “flamingos” J)! 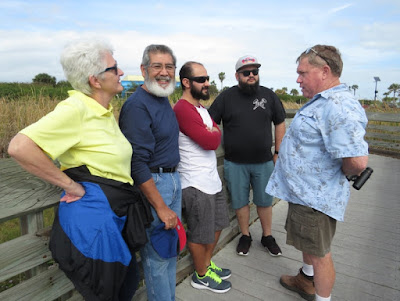 Billy entertains my friends Jane and Manny and their sons!

In between visits we were stumped by a duck-like bird that turned out to be a snoozing snipe, and out on the “bay pier” were hundreds of larids, pelicans, ducks, and shorebirds (in fact, eBird flagged Sue’s count of over 300 skimmers, but Bill vouched for her J)!  We had a first-year “white-headed gull” that looked awfully pale, but since we couldn’t turn it into one of the “black-backed” gulls with a clear conscience, Bill and I finally settled upon a pale Herring Gull until further notice…  A nice Gull-billed Tern sailed by and landed, and comedy relief was provided when Bill and I started arguing over the identification of a tern until I realized we were looking at two different birds! J 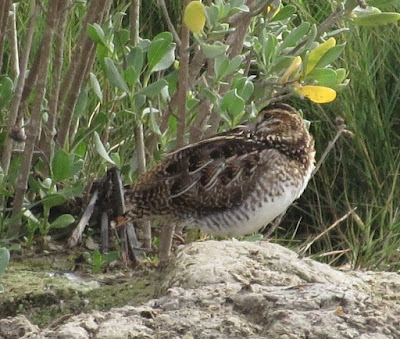 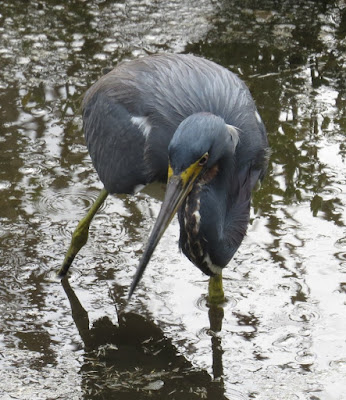 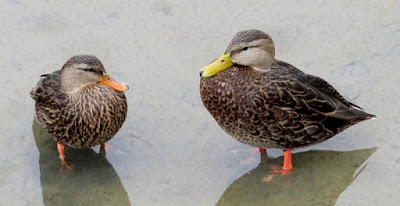 Two views of part of the skimmer mob 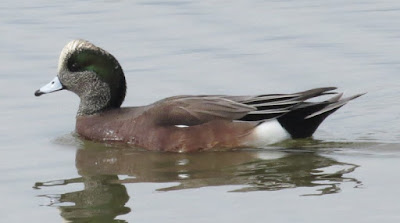 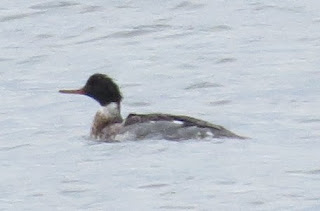 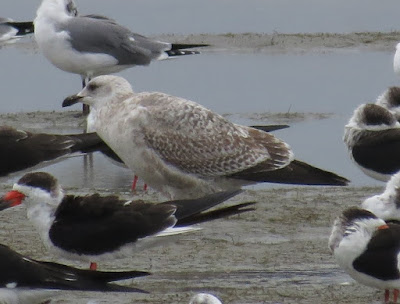 From there we tried going onto The Flats but the substrate was a little dicey, so we headed straight towards Schlitterbahn, making a quick stop at the famous Pearl South Pond.  We found a pair of scaup there, the female of which was clearly a Lesser, but we were having some discussion about the male, as his head looked more rounded, but his bill nail looked small to me, so we entered it as Lesser in eBird but the jury is still out… (and what feedback I've gotten suggests Lesser) 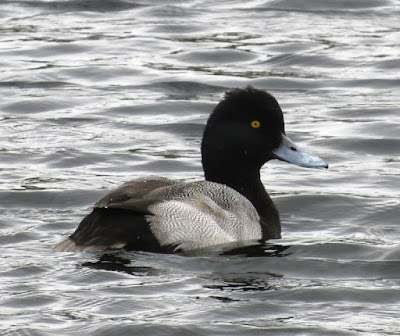 Roundish-headed Lesser Scaup that had us going... 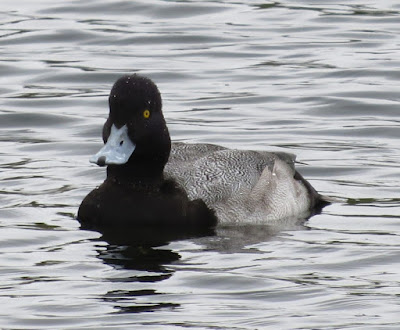 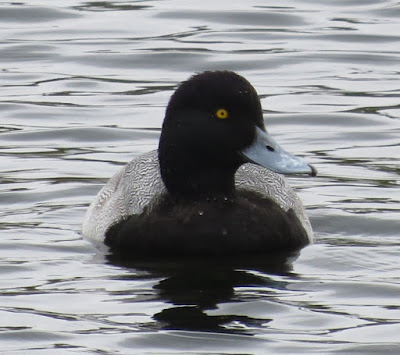 Norma and Dave opted out of the birding (they had family over all week, I think), so they joined us at Schlitterbahn, along with Sue’s daughter Dona and her husband Pat, but the place was closed up tight!  Thanks to another confused gentleman who showed up with the newspaper ad in hand, Sue called the number and discovered we were at the wrong entrance, so we raced over (the guy with the ad beat us there J) and were seated at our reserved table and enjoyed a nice buffet meal (the spicy mashed potatoes were actually my favorite)! 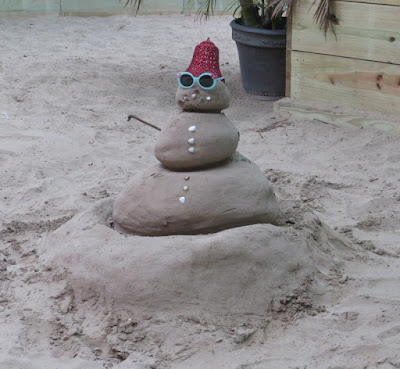 After rolling out of there we dropped Jolaine off then headed back to Harlingen via Buena Vista and General Brant Roads, where after all the rains we found several nice wetlands.  We made the requisite stop at the bridge over the resaca with the nice fresh-water marsh where we were hoping a King Rail might sound off, but a Wood Stork flushed from the reeds which was even better!  Long-billed Curlews sailed across the road at one point, and further west another distant pond had a male Northern Mallard in it (which is rare in the Valley, believe it or not)!  We found a pair of White-tailed Hawks that Bill had banded; Sue and Billy had accompanied him on several hawk-banding missions, so they knew where all the White-tailed and Harris’ Hawk pairs were hanging out!  Another little “secret wetland” had a pair of Pied-billed Grebes, and Billy finally found the Green Kingfisher that was always there! 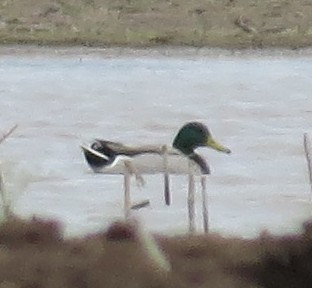 Mallard, somewhat rare for the Valley 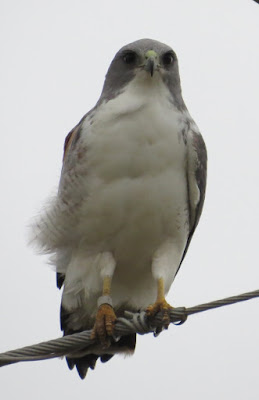 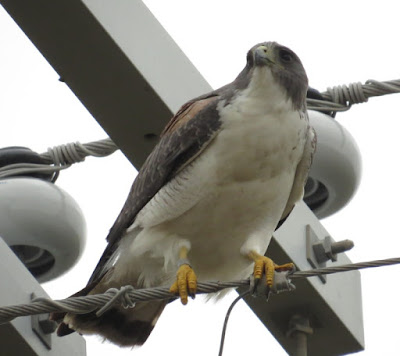 Headed on to Hugh Ramsey to drop me off after that, with 84 species for the day!  Bird list: