Today was the Danish group’s last day, and it was certainly a glorious one!  The White-collared Seedeater was up and singing in full view at Salineño, just giving a great show!  A pair of Mexican Ducks flew by, but no Muscovy or Red-billed Pigeon.  The Dump Road was productive, however, with both Bobwhite and Scaled Quail in the same binocular view, and a Black-throated Sparrow being harassed by a Lark Sparrow! 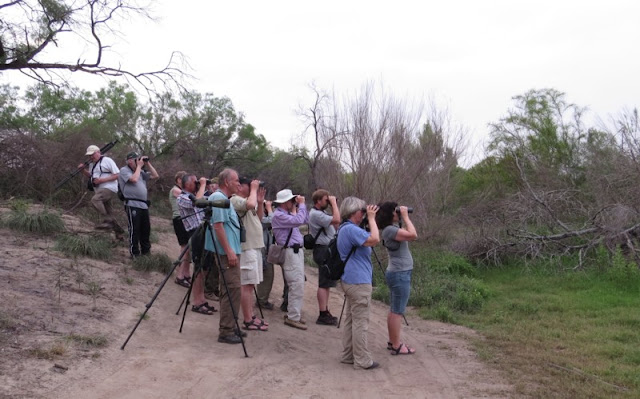 Enjoying the White-collared Seedeater at Salineno 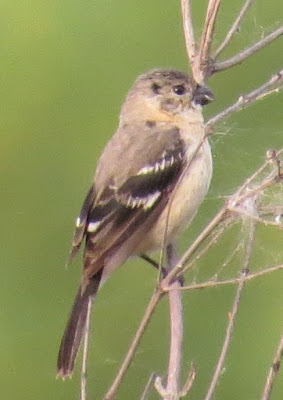 Two views of the White-collared Seedeater 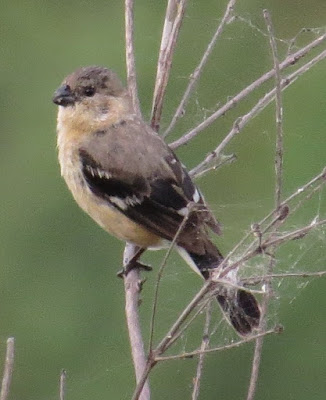 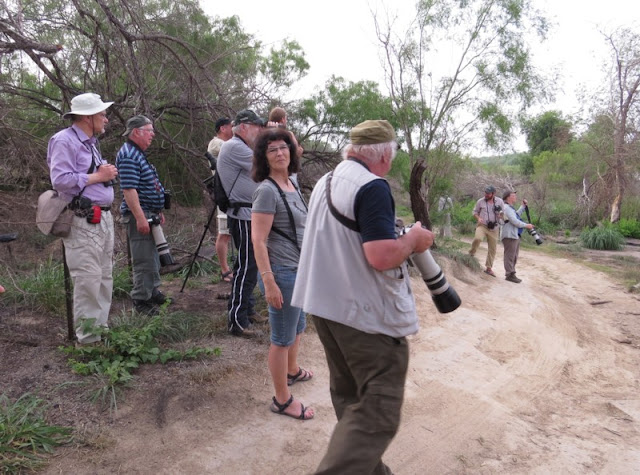 The Salineno boat ramp, showing a flooded Rio Grande and Mexico just across the way! 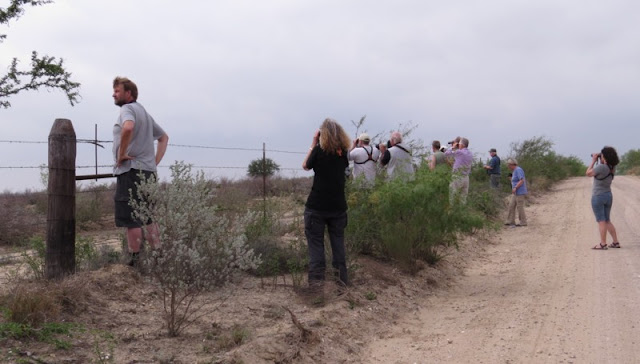 Looking for Black-throated Sparrows along the Dump Road
The County Park had the group’s first Vermilion Flycatchers, White Pelicans, Hooded Orioles, and Cactus Wren (and some got the Verdin), but the stars were the two Red-billed Pigeons that wheeled in and landed full view in a tree!  While some of the group was literally crawling through the bushes chasing a Verdin, those of us who opted to stay on the straight and narrow were treated to a Brewer’s Sparrow, a rare bird for the Valley (and only my first for the area)!  J  The state park was kinda quiet, but those who had missed Pyrrhuloxia before got a nice view, and some folks got on a performing Roadrunner.  (I snuck over to the butterfly garden and had loads of Lyside Sulphurs and Elada Checkerspots, and a beat-up Sickle-winged Skipper and Giant Swallowtail…) 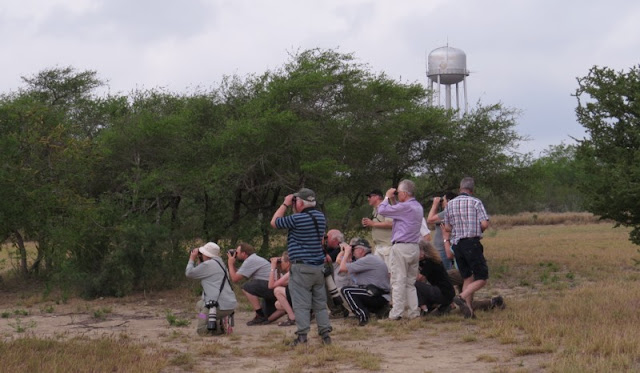 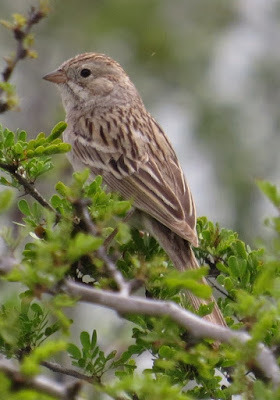 Brewer's Sparrow, rare in the Valley 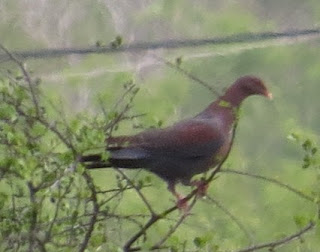 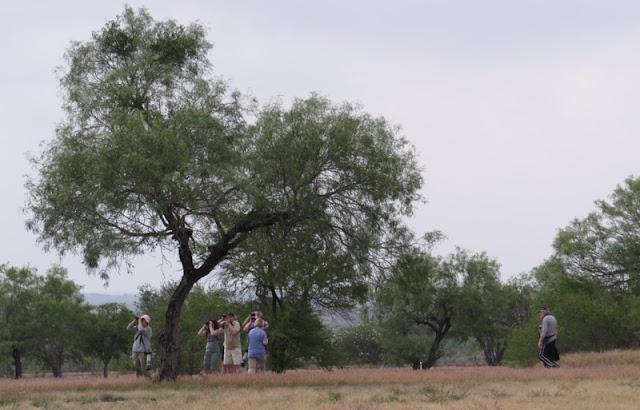 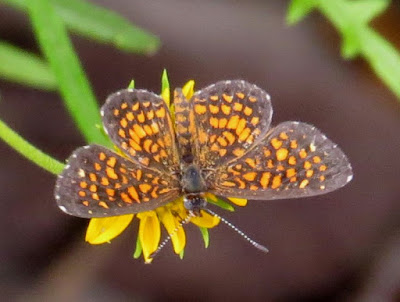 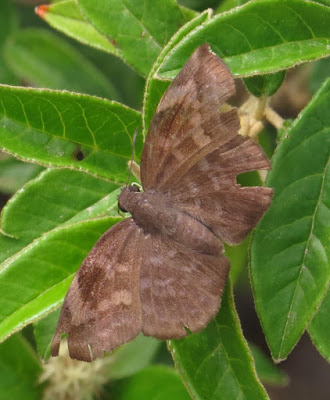 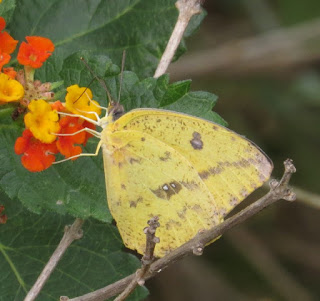 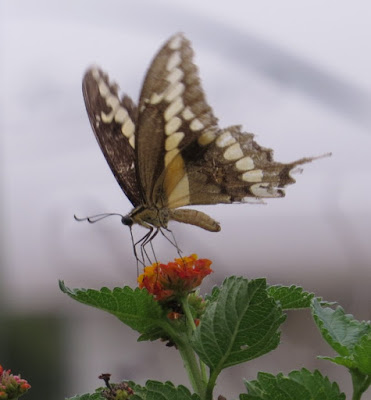 Giant Swallowtail
A visit to Rancho Lomitas produced more Scaled Quail and a Painted Bunting, and while Fleming and I staked out the feeders, the rest went with Jim Seeden, one of the caretakers, down to a pond where they picked up a Belted Kingfisher, so with the Ringed and Green we got at Salineño, that made it a kingfisher sweep for most of the group!  Back at the feeders I was messin’ with a Roadrunner that was rattling and cooing nearby, but he never did come out for looks for the group when they returned… 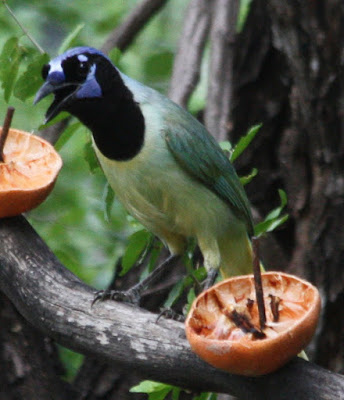 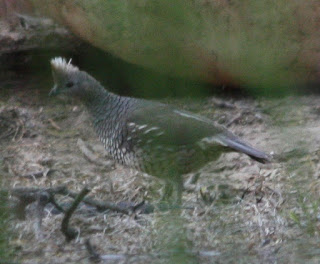