Deb, a new Valley resident and Birder Patrol member (and who was responsible for the post title J) had some old school chums coming in for their semi-annual get-together, so since their desire was to see pretty migrants (and get some help with shorebird ID as time allowed), she hired me to take them on a romp to the Island!  Her three friends included Mary, Carol, and Bonnie, and I had actually taken Deb, Carol, and Mary out back in April of 2016 (click here to read about that trip) when we had crippling looks at “grasspipers” at the Weaver Road Sod Farms, so that place wasn’t on the menu this time!  Deb had an SUV large enough to hold us all, so we went straight to South Padre, and since they had gotten their Aplomado Falcon on their previous trip we bypassed the observation spot on SR 100, but we did manage to log Caracara and Chihuahuan Raven on the way.


They had actually visited the Convention Centre a couple of days previously, and it didn’t take long for them to declare that today (with a continuing north wind) was much better migrant wise!  Already the parking lot was filling up so we found a spot near the northeast corner of the “circular area”, and right away were greeted with an in-your-face Chestnut-sided Warbler!  As we made our way to the main gardens we added lots of pewees and both flavors of orioles.  A few minutes at the water feature bagged my FOS Philadelphia Vireo, plus a Wilson’s Warbler and another stunning Canada!  In the “Magic Middle Tree” in the back yard, the Townsend’s Warbler was still there, delighting many folks (along with the Black-throated Green), but in addition a lovely male Bay-breasted Warbler was causing a lot of excitement!  Additional migrants back there included Least Flycatcher, Red-eyed, Blue-headed, and Warbling Vireos, Eastern Kingbird, and tons of Indigo Buntings. 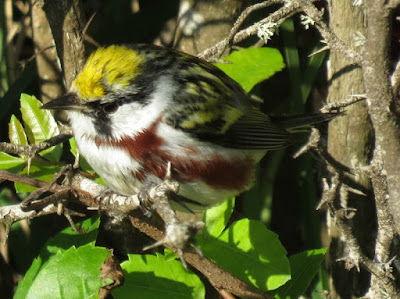 Chestnut-sided Warbler (above and below) 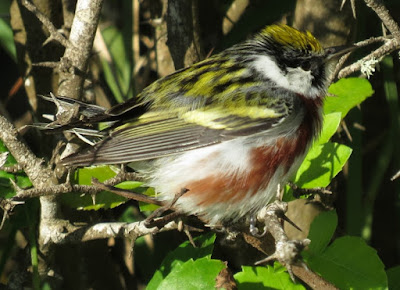 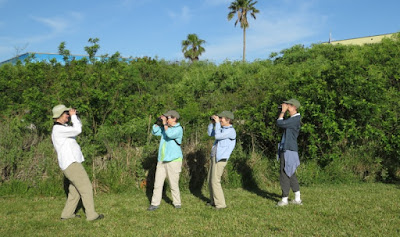 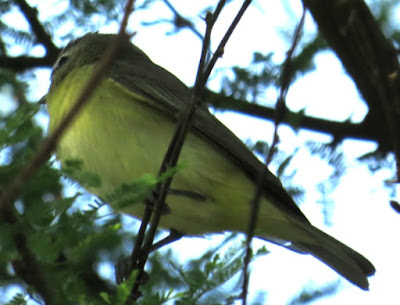 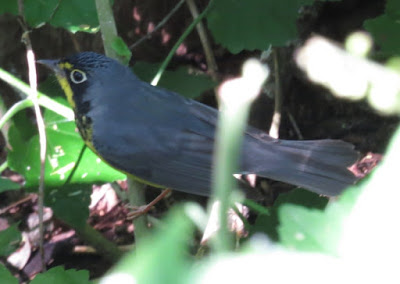 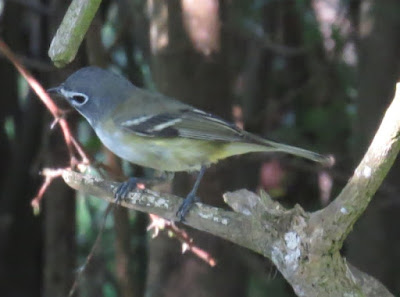 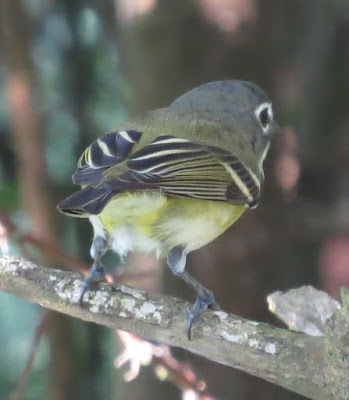 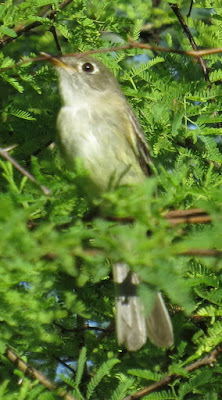 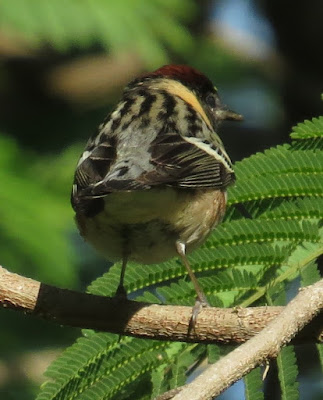 "Composite" shots of the Bay-breasted Warbler 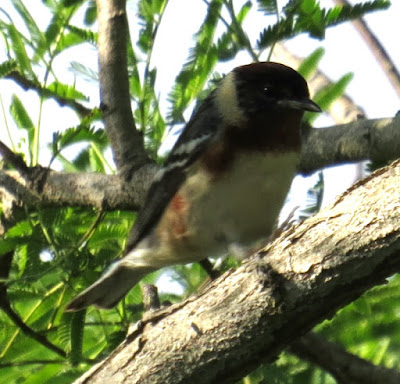 From there we headed to the boardwalk, where the lone tree out there that was so lively the day before had two Prairie Warblers!  As we scoured the mangroves we managed to add a Black-and-white Warbler, a lingering Ruby-crowned Kinglet, a glimpse of a Sora running through the muck, and some got to see a Magnolia Warbler.  Quite a few Chimney Swifts were shooting over, and the East Pond was quite productive with a surprise Fulvous Whistling Duck (I rarely see them out there), lots of Stilt Sandpipers, a single Pectoral Sandpiper, a Lesser Yellowlegs, and a nesting Black-necked Stilt!  Back at the car we were getting ready to pull out when one of the gals spotted this odd-looking thing that looked blue and red through the front windshield; turned out to be a changing Summer Tanager (that was actually green and red J)! 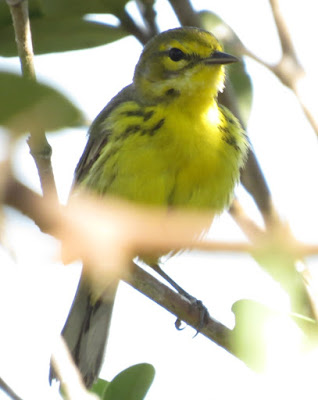 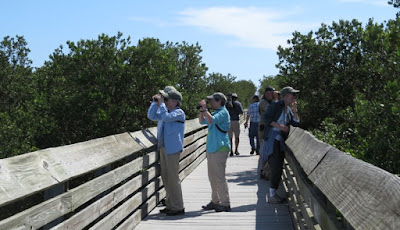 Scouring the mangroves for migrants

For some reason we weren’t planning on going to the Flats (else I would have directed we go there first), but for whatever reason we changed our minds and headed out, enjoying the usual suspects (including the sacked out Black Skimmers and terns offering fish to their mates), but special mention goes to all the pretty Franklin’s Gulls and breeding plumaged shorebirds. 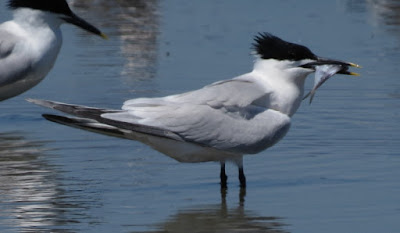 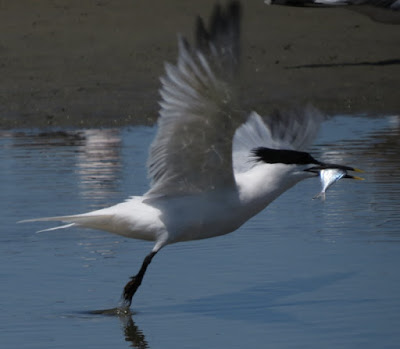 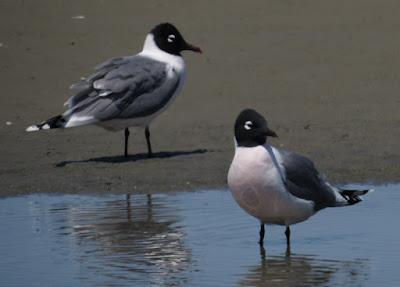 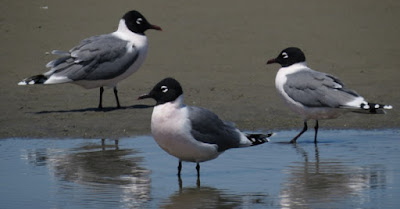 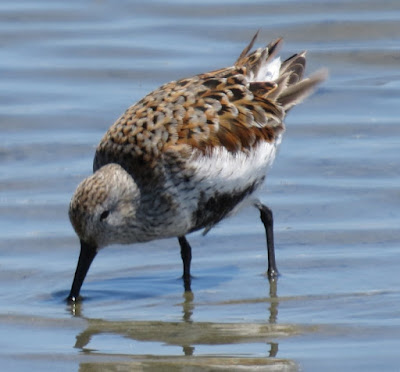 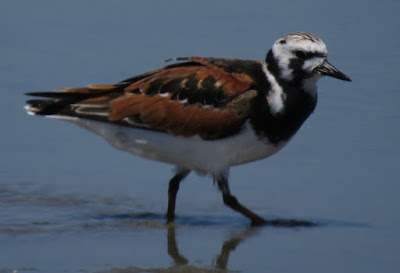 After that we headed to the Birding and Nature Center; we only birded the garden due to time, but started off with a bang with a young male Bullock’s Oriole at their orange feeder even before we got in the building!  The Spring Chirp (put on by Valley Nature Center) was going on, so we ran into Simon, Dan, and Mary, who were all guiding!  The girls dragged their cooler to the deck out back where we all enjoyed a relaxed lunch, then poked around the garden where we kicked up a male Painted Bunting and a Blackpoll Warbler (someone spotted a young Yellow-crowned Night Heron while we were eating).  Once again, just as we were pulling out to leave, one of the gals said, “What’s that walking across the lot?!”  I jumped out to look, and of all things, a Least Bittern was making his way to the shade of another parked car (must have learned that trick from the grackles)! 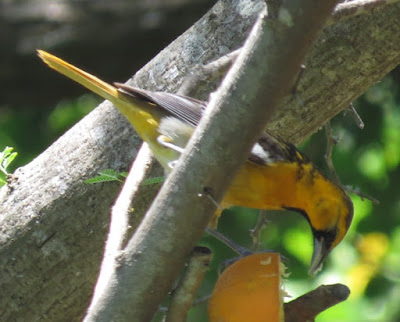 Young male Bullock's Oriole, rather unusual on the coast 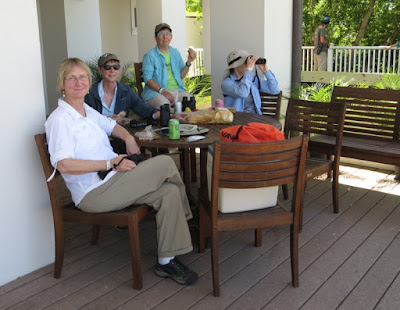 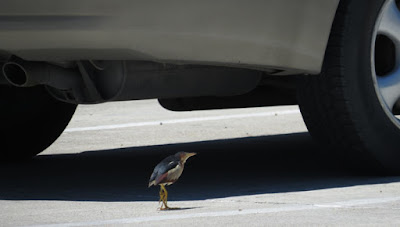 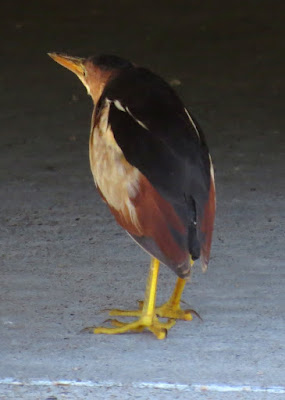 Sheepshead was next, where the excitement never stopped as we found a male MacGillivray’s Warbler at the northeast drip!  Vigils at both the “dark side” and “sunny side” areas added Hooded and Yellow Warblers to the list, plus a bathing Yellow-breasted Chat, a Lincoln’s Sparrow, and three Rose-breasted Grosbeaks!  After that we had just enough time to blast down to the Highway 48 Boat Ramp to try for oystercatchers and other shorebirds; none of the latter, but we were able to pick out several Wilson’s Plovers and add a couple of Forster’s Terns to the list! 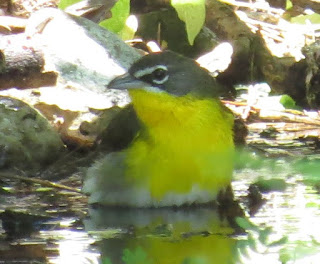 Yellow-breasted Chat (above and below) 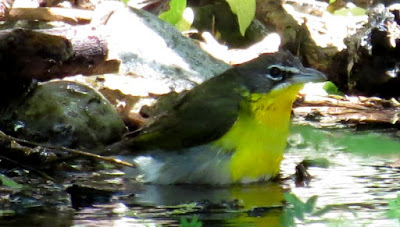 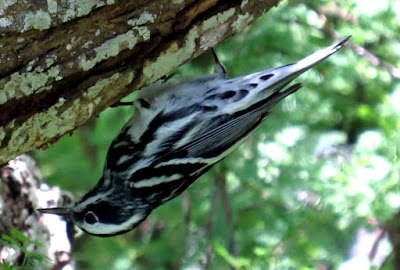 Black-and-white Warbler (above and below) 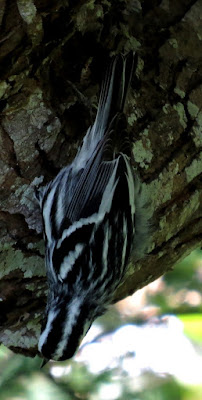 With a grand total of 99 species, the question is always, “Okay, what did we miss that woulda put us over the top??”  J  Bird list: