The only potential migrants on my “needs” list were things that were a long shot by this time, so since Red-billed Pigeons were still being reported up at Salineño, I decided to head up there and also do a “proper” road-birding survey of the newly-discovered Falcon Loop, which starts just past the first turnoff to Falcon State Park at FM 2098.  (The road is called “Falcon Loop” on Google Maps, but the sign at the turnoff calls it Alvaro Road…)  This is a wonderful, good caliche road through thick thornscrub, which meets up with Loma Blanca Road, and by turning right at that point it makes a nice 16-mile route, taking you through some more open ranchland in addition to the thornscrub.  The last time I scouted it in February I had several Black-tailed Gnatcatchers, and the habitat looked good for Scaled Quail, so that was the other potential target I was hoping for today. 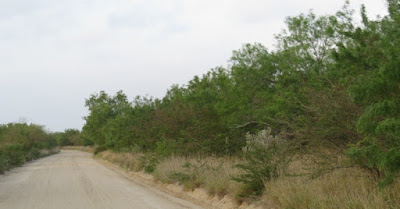 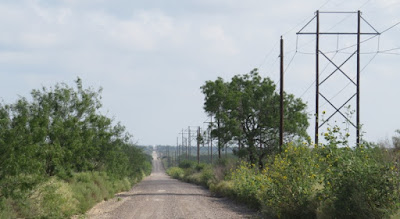 The wind was pretty bad, so most of the birds were hunkered down, but I heard a lot; Mockingbirds won the numbers prize with at least 71 individuals and even got flagged on eBird!  Other birds in large numbers (which for me is ten or more) included Bobwhites, both Mourning and White-winged Doves, Verdins (one actually came close to investigate), Bewick’s Wrens, Olive Sparrows, and Pyrrhuloxias (one which posed in beautiful light but didn’t stick around…).  Right from the get-go I had Cactus Wrens and a Lesser Nighthawk batting overhead, but the beginning of the route was the only spot; Black-throated Sparrows were quite widespread, and at a couple of places a Yellow-billed Cuckoo was singing.  Had both Brown-crested and Ash-throated Flycatchers along the route (good thing they were calling, as they’re very similar in appearance), and feisty Scissor-tailed Flycatchers and Couch’s Kingbirds were chasing the Harris’ Hawks and Caracaras!  A lingering Swainson’s Hawk was a nice migrant, and Painted Buntings and Blue Grosbeaks had set up territories!  A Bullock’s Oriole gave a flash of orange as it shot across the road, and a couple of Black-tailed Gnatcatchers came through with their pish-like scold!  But it wasn’t until close to the end of the route that I finally heard the tell-tale chung chung! of the Scaled Quail!  Bingo!  He even ran across the road for good measure!  What I was really amazed to potentially miss was a Roadrunner, but he finally came through at the last minute…  The mammal highlight was a Bobcat along the road who also didn’t stick around long, and a small snake shot across the road that looked like it could have been a Rough Green Snake… 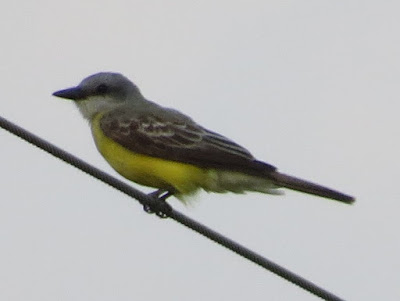 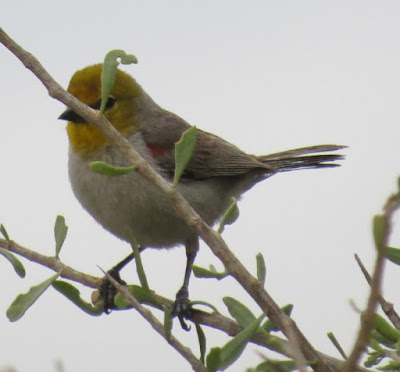 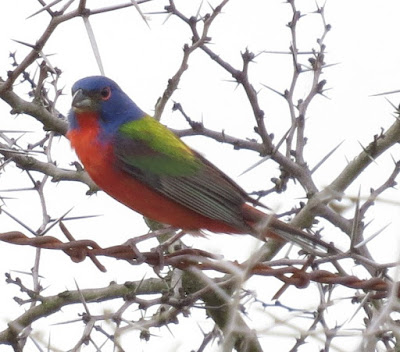 Painted Bunting (above and below) 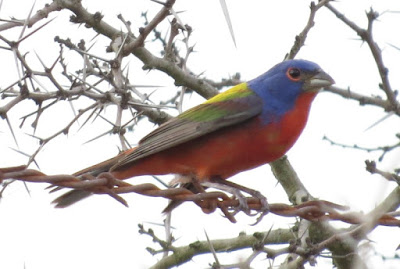 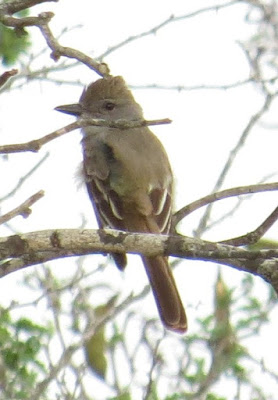 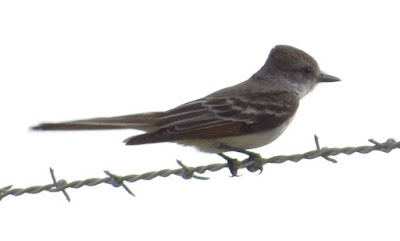 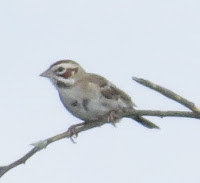 On to Salineño, and I couldn’t believe it:  the Rio Grande had whitecaps!!  Starting on the “Seedeater Trail”, someone had made some canyons when the trail was pretty wet, I guess, but along those ruts the Powdered Dancers were having a big time!  The trees pretty much sheltered me from the wind, but a Summer Tanager was singing up the hill, which was nice.  There wasn’t much action until the cul-de-sac when a Long-billed Thrasher hopped up and decided to sing!  What was really cool was hearing both an Altamira Oriole call and an Audubon’s Oriole sing while I was still recording (and the camera actually picked it up)!  Down at the end nothing flew by in the five minutes I was there (and no pigeons, alas), but at least the seedeater decided to pour forth his song and a couple of tews for good measure!  (I got a “proof recording” that was horrible because of the wind, but it was documentation…)  He actually made his way all the way back to the boat ramp eventually, but I went down that little side trail to try and get a better recording, but instead found a dragonfly that I thought initially was a Straw-colored Sylph, but it didn’t quite match, so I sent out an SOS to the Facebook Texas Dragon page! J  (There was actually quite the discussion, but the final ID settled down to a teneral Five-striped Leaftail…)  Back at the boat ramp, the ever-present Spotted Sandpiper flushed, but so did hundreds of what I assumed were flies along the edges of the water, but upon closer inspection turned out to be tiger beetles of some kind (and John Schneider and Mike Quinn of Texas Insects came to the rescue and ID’d them as Ocellated Tiger Beetles)!  Along with the beetles a couple of Giant Swallowtails were mudding, and a pair of dragonflies were patrolling the area (one was ovipositing) and wouldn’t settle down, but I suspect they may have been Black Setwings…

Long-billed Thrasher (listen carefully for the singing Audubon's Oriole at the end!) 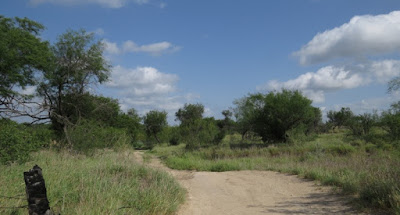 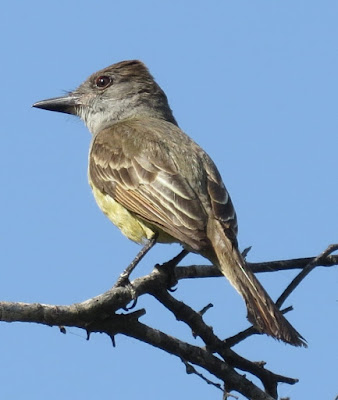 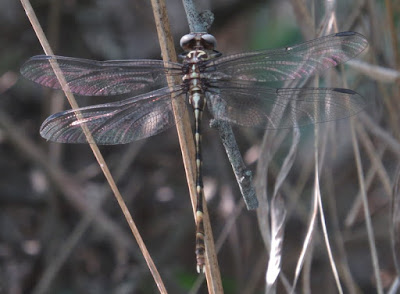 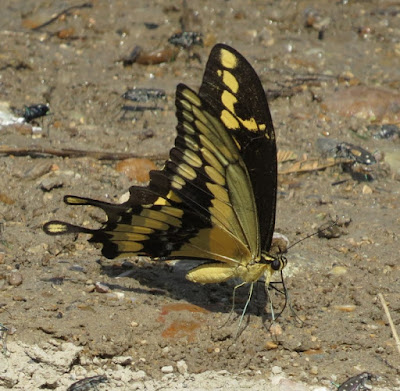 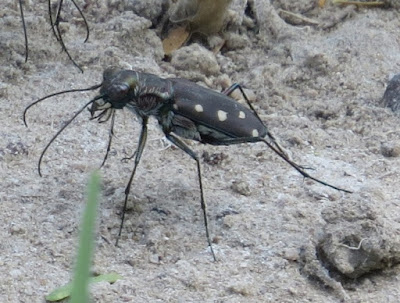 Ocellated Tiger Beetle (above and below) 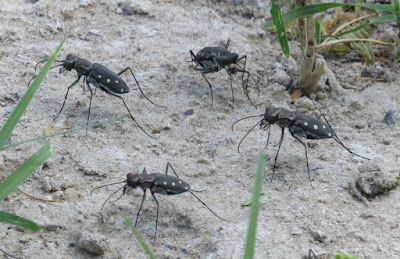 No pigeons or other “upriver specialties” (except a whistling Gray Hawk), so at 11:00 I called it a day with 56 species for the morning (added a House Finch up in town as the last bird of the day).  Bird list: