From India With Love - for Photography!

The next day I was back out at the Island again, but this time I didn’t have to drive:  visiting photographers Venu and Sam (both from India, but Venu was now a Michigan resident) had been with professional photographer Ruth Hoyt on a special nature photography ranch and had gotten some spectacular pictures (including their coveted Painted Bunting, so I was off the hook J), and since they had a rental car, they wanted to use it!  They requested an extra day of birding/photography (Venu was the more dedicated birder of the two), so I was thinking “Island” anyway this time of year for photographers, but especially today as rain was in the forecast for everyplace in the Valley except the Island!  So out we went, making the requisite stop at the “Blue Shack” on SR100 since we just had the one car (with two cars the day before I opted for the safer Observation Area Parking Lot down the road), and nailed the Aplomado Falcon almost immediately!  Cassin’s Sparrows and Eastern Meadowlarks were singing for the day, and just as I stepped back into the car a Chihuahuan Raven showed up! 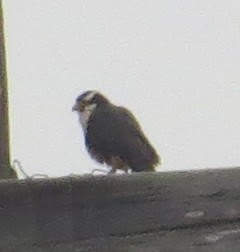 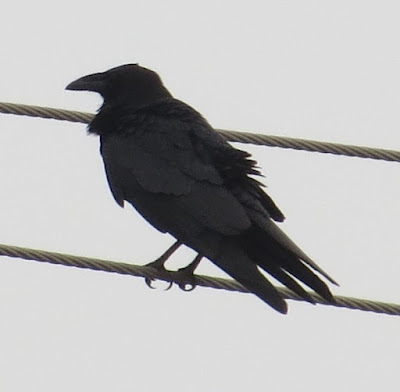 We went straight to the Convention Centre, where we were greeted by the Black-bellied Whistling Duck contingent (and a family of White Ibis to boot).  As expected, things were a mite slow at the water feature, but a Yellow and a Blackpoll Warbler had come in for a bath, and Catbirds were mewing here and there.  Venu wandered into the back area and got an Ovenbird up close, which sent Scarlet and the rest of us scrambling back there, but he was long gone, of course!  So we looked at the Flats and enjoyed a Clapper Rail strutting around out in the open, and a female Orchard Oriole and a Tropical Kingbird in the trees (Scarlet advised us that in the morning that’s often the best vantage point).  The gulls and skimmers (and even the Reddish Egret) were still there, along with the calling Sedge Wren, but a Blue-winged Teal had replaced the female Redhead! 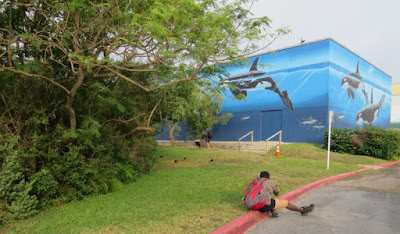 Shooting the ducks next to the "whaling wall" 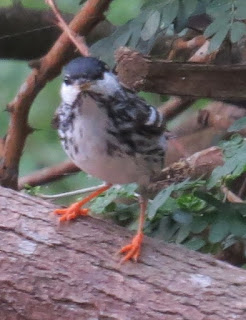 Not the best shot, but check out those neon legs on this Blackpoll Warbler!

Venu and Sam check out the wave of Franklin's Gulls flying by! 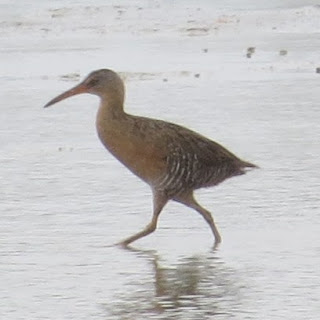 Clapper Rail trying to sneak across the mudflats...


An ominous cloud started forming, and some of us had been watching the radar (there was a monster storm north of us), but the south end of that storm started dripping on us, so we hightailed it back to the sheltered side of the building and waited out the rain!  What a surprise, but a pleasant one, as we were sure this was gonna bring in the birds!  And once it cleared a bit we all spread out, and sure enough, a few nice things dropped in here and there:  three soaked Indigo Buntings (someone had a Painted that I missed), a Hooded and Wilson’s Warbler, and even a singing Dickcissel, which got Venu all excited!  It was “right there”, but we just couldn’t get a look before it flew off. 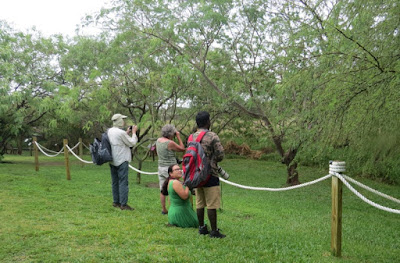 Sam chats with a local while looking for migrants 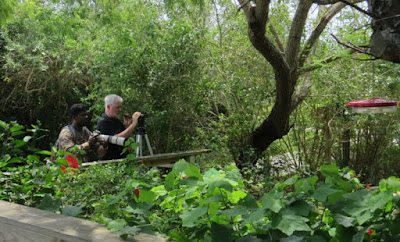 Sam joins Jason, another guest at the Inn, at the water feature.

We decided to go on the boardwalk after that, especially after we heard Scarlet whooping with delight from out there:  there were waves and waves of Franklin’s Gulls coming through!!  The normal crowd was in the eastern pond (Venu liked the drake Redhead), but the guys were anxious to get on the pier, so we headed out that way; I lagged behind to shoot some Cattle Egrets in breeding plumage that were on the mudflats, and I think the guys must have walked right past a Clapper Rail that was out in the open for a lady (and snuck away just as I got there)!  I heard some “seeping” in the mangroves and heard what sounded like a Blue-headed Vireo singing at the old connector (that no longer connects), and a little further on had a friendly Black-throated Green and another Blackpoll Warbler!  I waved the guys back so they could see the birds, but I think the Blackpoll took off before they got on it.  They reported nothing at the pier, so we headed back to the main center, but not before the Oystercatcher made his pass right on schedule! J 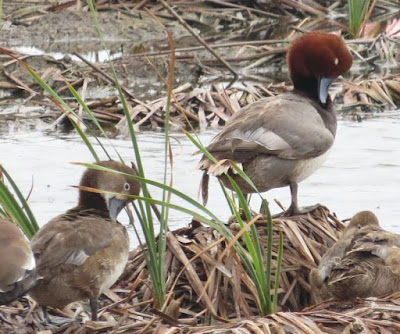 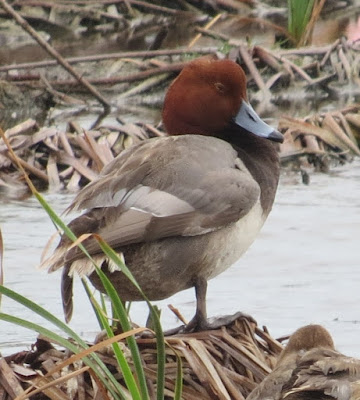 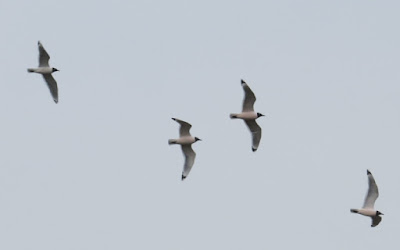 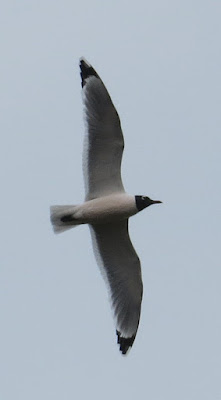 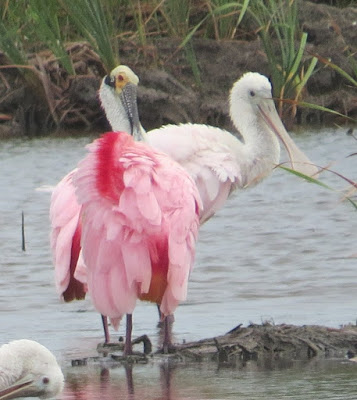 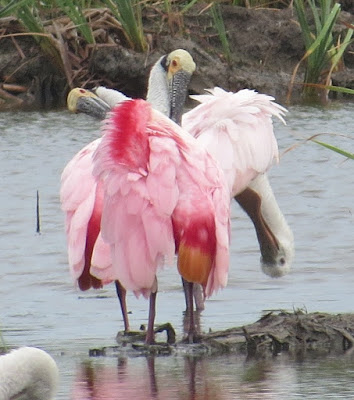 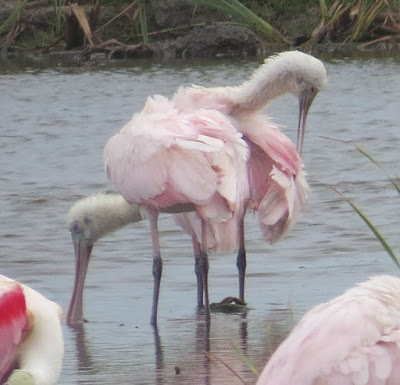 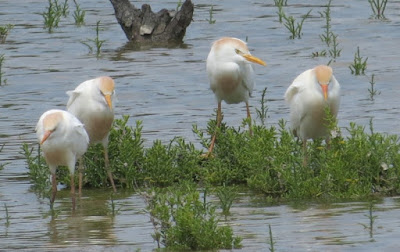 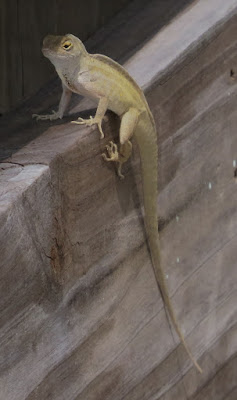 
Now that the sun was out the guys were anxious to go on the Flats, so Venu courageously took his rental car out there (I told him to beware of the glass bottles that the revelers had tossed around the day before L), and positioned the car where they could get great shots of Royal and Sandwich Terns, Black Skimmers, and mating Laughing Gulls!  Sam would even get on his belly and get nose-to-nose with the skimmers! J  We got great looks at the little Least Terns, and a lone Common Tern was in with them.  I spotted a pink-breasted Franklin’s Gull in with the Laughers, so we maneuvered over there, only to notice that it looked like he had a neck injury! L Shorebirds were slim pickin’s, with just Black-bellied Plover (but several in breeding dress), Ruddy Turnstones, some Sanderlings, and a couple of Willets. 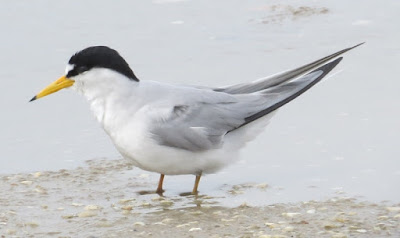 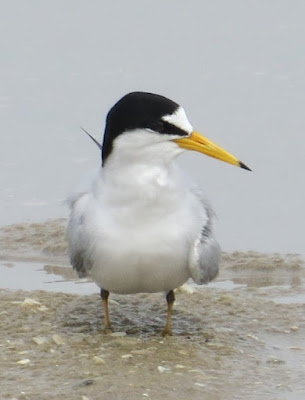 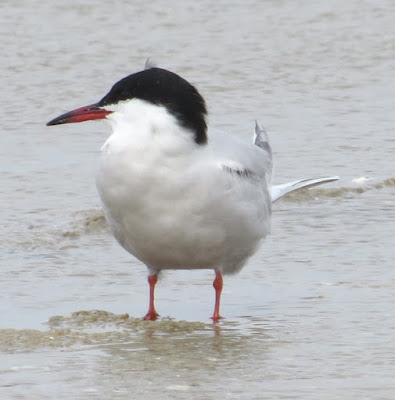 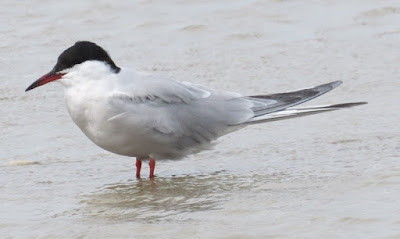 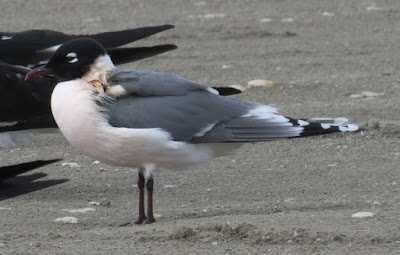 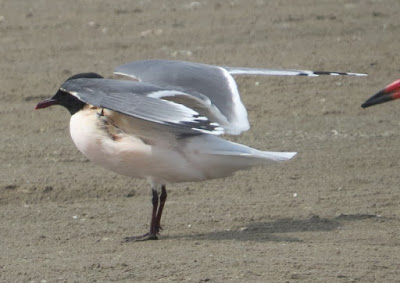 Venu and Sam get down on the birds' level!

We got lunch after that then headed to Sheepshead (Tamie and Father Tom had cottoned us onto some Blue-winged Warblers hanging out over there), and interestingly had the whole place to ourselves except for this other couple who said that the minute the last crowd of people left, the birds came in!  There were at least three Baltimore Orioles coming in to the water feature, and in addition to the lovely Blue-winged Warbler (which made several appearances), we were visited by a friendly Black-throated Green Warbler, a Black-and-white, and a female Rose-breasted Grosbeak, along with a male Ruby-throated Hummingbird attacking the feeder and a singing Warbling Vireo!  Someone found a Worm-eating Warbler on the “sunny side”, but it was indeed too sunny for me, so after enjoying another BTG and a White-eyed Vireo over there I returned to the “shady side” where Huck and Peggy Hutchins had shown up and were enjoying the show. 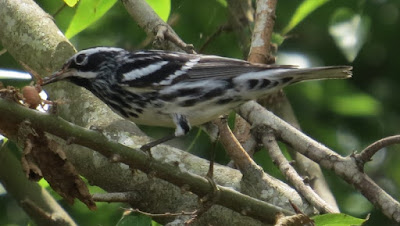 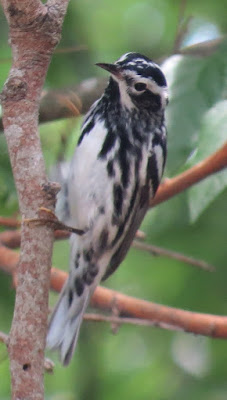 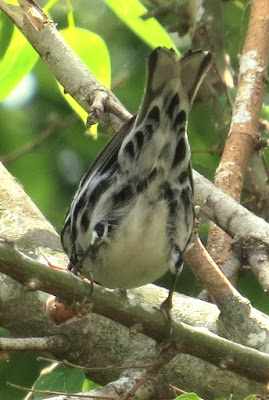 Even though you can't see the head, the black wedges on the undertail coverts are diagnostic for this species! 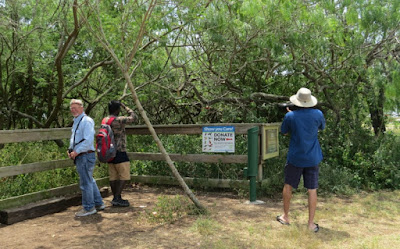 Huck and Peggy (not in the picture) arrive while Sam and Venu are glued to the feeders! 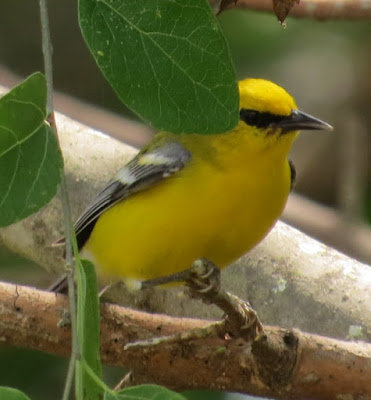 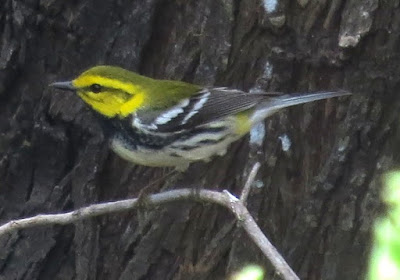 News of a “flock of Dickcissels” drove us back to the Convention Centre, and while the “flock” was gone, I did hear one making its brat call, and Venu was able to track it down and get a look!  They wanted to hang around the water feature, so I went out back, promising to text if anything good came up, and ran into Dan Jones and another gentleman who pointed out an Eastern Kingbird to me!


By that time it was evident that the migrant show was probably over (about the only thing that came in to the water feature was a Collared Dove with a missing foot), so we visited the Flats one last time, enjoying a white morph Reddish Egret doing his “dance”, before calling it a day, wrapping up with 81 species.