A Sooty for the Sisters

JoAnn and Millie were two sisters from Georgia and South Carolina respectively, JoAnn being the seasoned birder showing fledgling Millie the ropes! J  They had already had some fun days birding before our outing, but JoAnn really wanted to see an Aplomado Falcon, so we started this beautiful day out at Old Port Isabel Road (OPIR).  I was hoping the previous day’s rains would encourage the migrants to stick around, but they also wreaked havoc on notorious OPIR; thankfully we didn’t have to go very far before we found the Aplomado pair close to the hacking platform (actually sitting on a couple of yuccas), so I was very happy to see them, especially since I had missed them Saturday!  The Whimbrel flock was still around, and an Upland Sandpiper flew over unseen.  A Gull-billed Tern came in close to investigate, and meadowlarks were all over of course, but we only found one Cassin’s Sparrow singing (but that’s all you need).  A Harris’ Hawk flew by with something in his mouth, but surprisingly we saw no White-tailed Hawks or Caracaras. 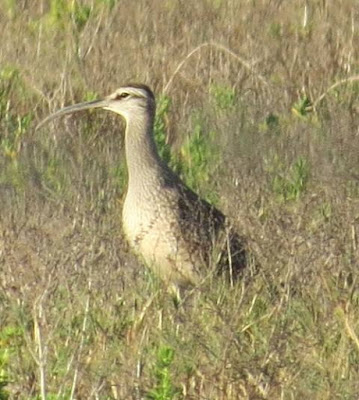 From there we headed up SR48 and straight to the Island, where again, things were disappointingly slow at the Convention Centre (one of those “more birders than birds” situations).  Before hitting the boardwalk we meandered out back (as we hadn’t done the Flats yet), and as we were looking at a Greater Yellowlegs a Clapper Rail went scampering across a dry spot in the background (unfortunately the girls missed that one L)!  A White Ibis in full breeding colors was the first JoAnn had ever seen like that, and both an adult and immature Little Blue Heron posed.  Continuing to scan I heard something that sounded kind of like the nasal call of a Gull-billed Tern, only when I got on the vocalizer I was shocked to see a Sooty Tern, a somewhat expected species on Gulf pelagic trips, but never on shore!  You would have thought it was a Sunday morning praise service with all the whoopin’ and hollerin’ J, but after all three of us frantically took pictures I got a message out on the RBA, and before long every birder who was signed up with that message group (who happened to be at the CC) was descending on the spot!  The tern actually put on a great show as he chased a Laughing Gull, then the gull chased him, and those who happened to be at the observation blind at the end of the boardwalk probably got the best looks of all!  (I should say that I wasn’t too terribly shocked, as a pair of Sooties had been reported in the area not too long ago, but my expectations of seeing them had been so low that I had actually forgotten about the report…) 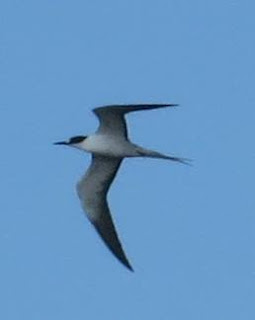 A shock was seeing this Sooty Tern float by (also below)! 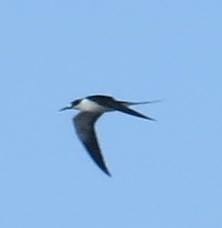 Figuring nothing (including a fallout) could top that, we hit the boardwalk, and picked up one of the Least Bitterns searching intently for lunch!  The grassy area had a Sedge Wren actually singing, and several Marsh Wrens burbled from the mangroves, which were otherwise devoid of migrants (unlike last time).  We enjoyed some herons and Pied-billed Grebes out at the end, however, and just like last time, I thought I heard a kid yelling when it clicked that it was an Oystercatcher, and said Oystercatcher whizzed by and gave everyone great views!  On the other leg of the boardwalk the usual spoonbills, stilts, whistling ducks et al were in the pond (along with a Redhead pair), and the showoff Common Gallinule was showing off his babies at the end! 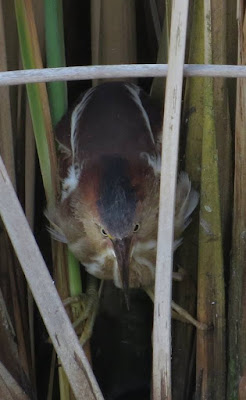 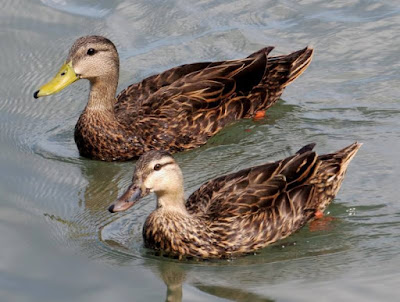 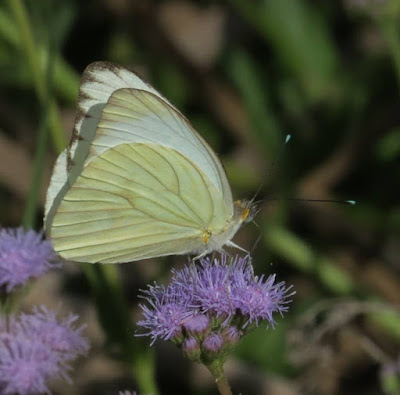 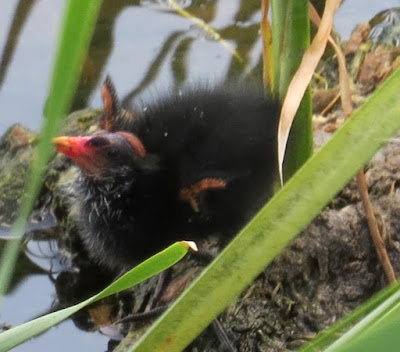 We hit the Flats after that, where water covered most of the area yet it was still shallow enough to drive up to the flocks (although I think my passengers were dubious J).  As usual, we got great looks (and photos) of skimmers, dowitchers, and the usual shorebirds, but we had a couple of stars:  a nice Wilson’s Plover right next to the car playing “Catch me if you can,” and a lone Franklin’s Gull off by himself. 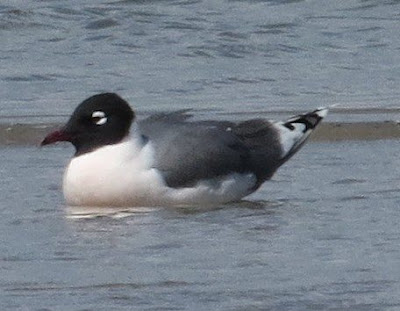 Since Sheepshead was more active last time, we decided to head over there next.  We had the whole place to ourselves, surprisingly, at least until a big white pickup pulled in followed by three police cars!!  (And while clandestinely watching the goings on we concluded it wasn’t just a “moving violation”, either - it was difficult trying to ignore this live “Dragnet” episode and pretend to look for birds…)  That turned out to be the big excitement of the spot, as after they all left the birders showed up en masse, and that’s when what few birds we had showed up as well: an Indigo Bunting here and a transitioning Summer Tanager there, along with a female Rose-breasted Grosbeak was about all that came in. 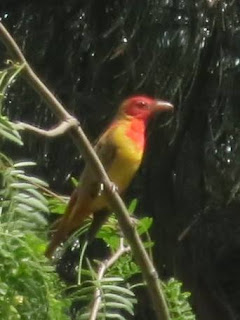 Fellow birder Susan (or someone in her party) had found a Palm Warbler on Oleander, so we decided to swing by there, and sat with another guy who already had the place staked out.  A female Hooded Warbler put on a nice show, but other than her the crowd was mostly made up of various doves and House Sparrows.  We did see a suspicious warbler over by the fence, but it crawled under and to the neighbor’s yard before we could get a good look.  Walking back to the car a Hooded Oriole wheeped from one of the palms, and just as we were getting ready to pull out a magnificent male Scarlet Tanager showed up outside JoAnn’s window, but the bird split before she could get a picture… L


We still had time before having to head back, so I suggested the Port Isabel Reservoir, and that turned out to be a great place:  a Bobwhite ran across the road on the way in, and in the reservoir itself, tons of peeps (mostly Least and Semipalmated from what I could pick out) were feeding, and one female Wilson’s Phalarope preened amongst the duller males.  But the stars were the three little plovers that gave great views:  Snowy, Semipalmated, and Wilson’s!  We crawled along Holly Beach Road, picking up a few land birds for the day list, including a Scissor-tailed Flycatcher that posed for pictures!  We also had a handsome Caracara on a pole, but nothing else out of the ordinary. 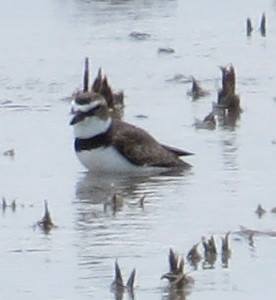 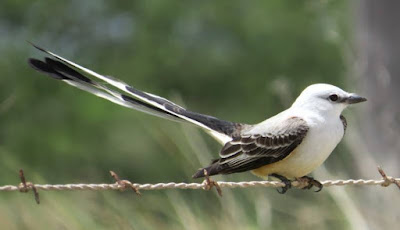 We started home after that, and when JoAnn mentioned that they still needed King Rail and Fulvous Whistling Duck, I was all set to make a brief stop at Tiocano Lake, but a monsoon deterred us, so we just continued on to Alamo.  Still, wasn’t a bad day with 96 species to show for it!