Diane decided to take a day off, so Griffin and I headed straight away to Estero Llano Grande to try for the “McCall’s” Screech Owl.  The box along the entry way was empty, so after taking a cursory look at the ducks on the deck, we headed straight back to Alligator Lake, taking a quick peek at Dowitcher Pond, picking up dowitchers and Stilt Sandpipers in the process (the latter took a minute because they were so puffed up due to the cold that they didn’t look like their normal slender selves)!  Unfortunately that owl was also either still hunkered down or gone (I had heard rumors that the Crazy Ants had been troubling some of them), but we logged the snoozing Pauraque for the day and one of the Yellow-crowned Night Herons (along with another calling Beardless Tyrannulet), then headed back to the Tropical Zone for last ditch hopes that that owl would be showing!  On the way back to the visitors center a flock of Yellow-headed Blackbirds intermingled with the Redwings, which was a lot of fun, seeing as that can be a tough bird to get! 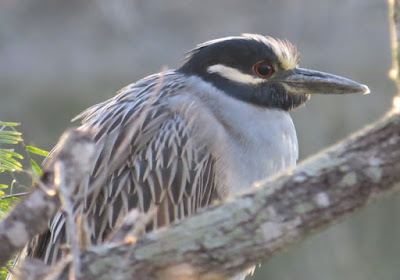 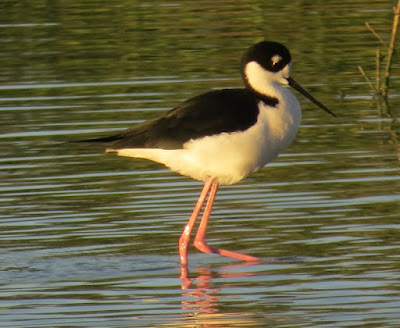 
I sent Griffin on ahead as I got us checked in, and as I made my way back there eventually, I got a text from him saying he had found the owl!  I was thrilled; I snuck over by the bathrooms and looked at the tree, and couldn’t find it!!  Thankfully Griffin arrived and admitted he couldn’t find it either until he took a picture and zoomed in on it, and when I took the second look, there he was, snoozing away – you could just make out the facial disks!  What camouflage! 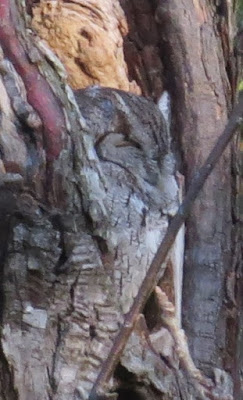 
From there we headed to Pauraque Hall and the drip thereby, and sat and waited while other birders came and went; one lady reported that she did see the Tropical Parula come in, so we were hopeful, enjoying a Nashville Warbler and a wintering Ovenbird and Wilson’s Warbler in the meantime.  Griffin spotted some swallows flying and ran over to the butterfly garden where he could get a shot, and sure enough, at least one turned out to be his target Cave Swallow! 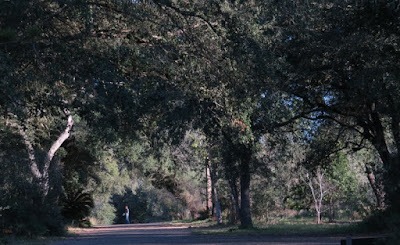 
After awhile I just happened to look up at a tree to our left at a kiskadee-sized bird flopping around at the edge, and saw what looked like a gray bird with a fluffy black cap; I thought, “No way – I’ve never found one of these things on my own!!”  But he turned around and showed that diagnostic pink throat, and amongst a plethora of praises to God (I had to explain that I wasn’t swearing – I really meant it J) I called out, “Rose-throated Becard!!”  Of course that sent everyone scrambling, and thankfully a few of us got “documentation shots” as the thing became very active going from branch to tree to branch, and then finally disappearing towards the back!  After putting out an alert on the LRGV text group, it was amusing to shortly see all these birders come out of the woodwork (including a whole group from Colorado) who had “gotten the memo”! J 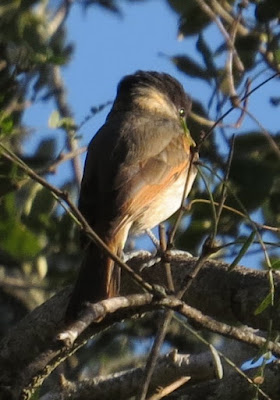 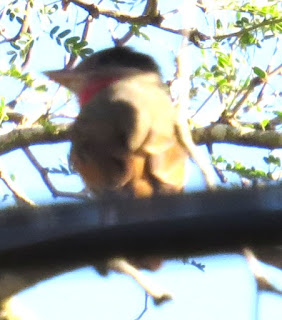 Lousy shot, but it shows the "rose throat"! 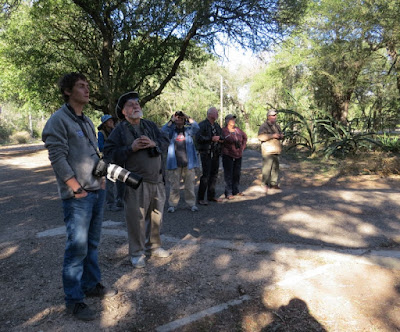 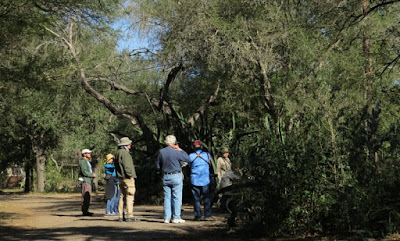 After things calmed down a bit Griffin decided to “make the loop” (as that’s what the parula would often do) as I continued the Drip Watch with my friend Sue and others who had come to see the becard.  Presently I heard Griffin calling me:  he had the parula!  That caused another scramble, and while I never saw the bird before it took off, Griffin did (and got a photo), so that was all that mattered, especially after numerous “Wild Parula Chases!”  Figures that the minute everyone was away from the benches, one lady announced that the thing had come in to the drip, and the minute we all went over there he scrammed! L


It was only noon and we had gotten Griffin his three target birds (and the becard as an added bonus), so I asked him what he wanted to do now, as between the guided trips and his own outings with his mom, he was cleaning up big time and what targets were left were primarily vagrants!  He had noticed the reports of Prairie Falcon out near McCook, so since I knew exactly where that was (our “Sparrow Road Route”), off we went!  Unfortunately we could kick up no falcon, but a Say’s Phoebe along Jara Chinas Road on the way up to the general area was definitely a nice bird!  A few Lark Sparrows were an added gift as Griffin didn’t get to see them very often, and that facial pattern really is spectacular!  Scouring the barren fields yielding not much more than the expected Horned Larks, but we did see a Merlin making haste across the road! 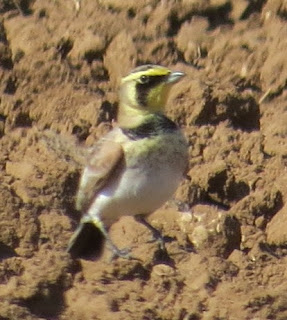 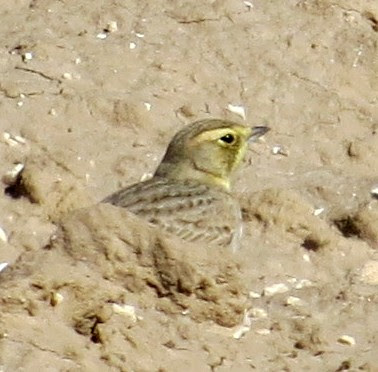 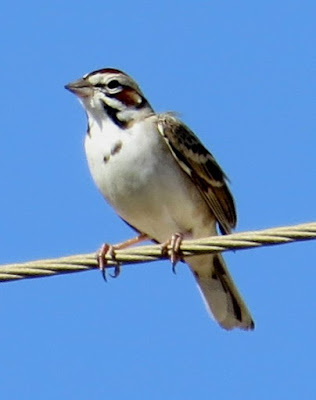 
We finally headed home with 70 species for the day (counting the ones Griffin saw that I didn’t, which are in brackets)!  Bird List: