“Harriet and Kiefer” from Houston had been to the Valley before, but they had a small list of birds that they wanted to see again, as well as get some help identifying some of the more difficult groups, like sparrows and hawks.  What better place to take them than Sparrow Road! J


Kiefer opted to drive, so we took off in their red Jeep, crawling along FM 2221 heading north from La Joya.  Once the fog burned off, we started to get flocks here and there, the first of which that had both a Verdin and a White-eyed Vireo that actually came out in the open!  A little later a White-tailed Hawk was perched on a post-like tree, and it was then I noticed that Harriet and I both had a Canon Powershot, so I got to show her a few pointers with her PAS! 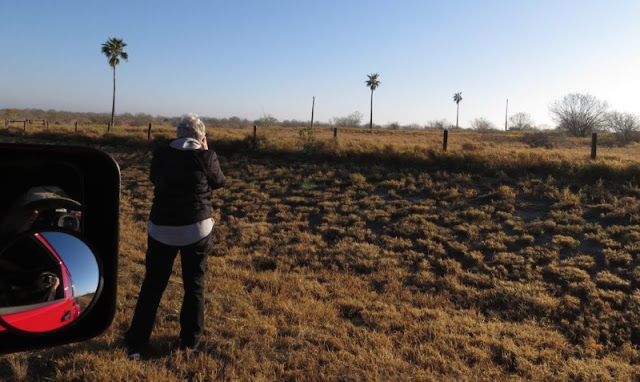 "Harriet" shoots a White-tailed Hawk (below) that's sitting on the broken-off palm tree between the two full palm trees above.  Shows you how powerful the zoom is on this camera, as you can't even see the bird in the above shot! 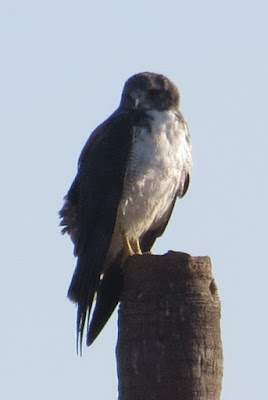 Except for phoebes and shrikes, things were kinda slow along the paved portion (even the famous Grasshopper Sparrow Field didn’t produce this time), so we headed north past the intersection and onto the dirt portion of Jara Chinas, where it was a little more productive:  Lark Sparrows sat in the open, and a beautiful Black-throated Sparrow popped up as well.  Lots of Savannah Sparrows were around, and at one point a flock of Vesper Sparrows gave decent views.  Caracaras gave great looks as usual, and we witnessed a Harris’ Hawk go after a Jackrabbit at one point; the rabbit got away, but the hawk flew back to a pole where another hawk was sitting, and pretty soon three more came in to join them, so we figured it must be a family group!  I could just hear the dad saying, “Okay, junior, here’s what you did wrong…” J 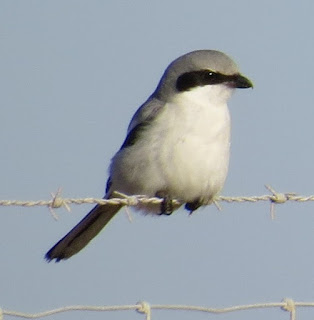 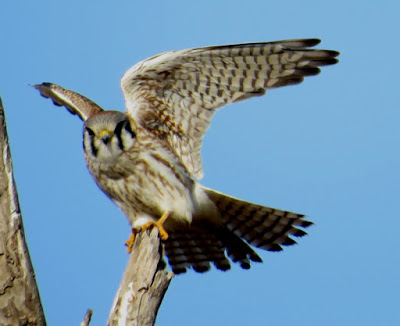 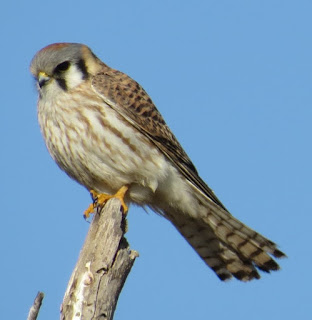 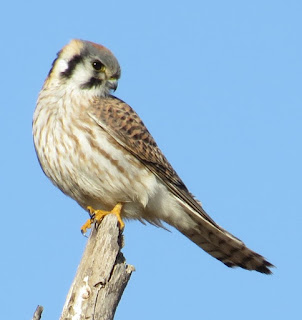 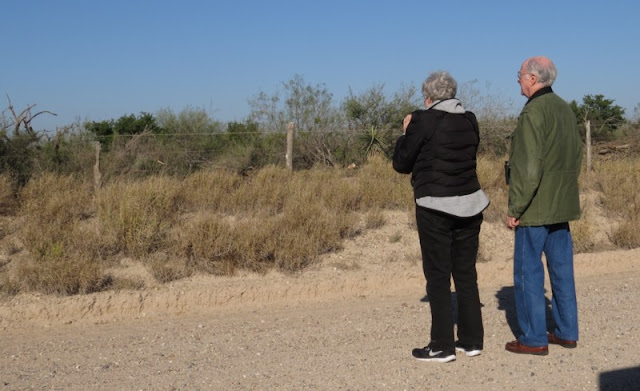 "Harriet and Kiefer" look for sparrows along Jara Chinas Road 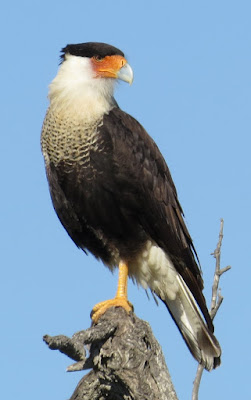 Crested Caracara
About halfway up the road we noticed a white car behind us that was also crawling; Kiefer presumed it was another birder, and sure enough, Dan Jones (a prominent local birder) pulled up alongside us and announced he had some Green-tailed Towhees along Seven Mile Road (which is the westbound dirt road at the intersection)!  He also mentioned Cassin’s and White-crowned Sparrows, but he was looking for Lark Buntings, which we hadn’t seen yet.  But we were all interested in the towhees, so we made a Uie and headed back to the intersection!


I have to confess I was curious about this road anyway, and it turned out to be a very birdy road!  Not long after we made the turn we had more Lark Sparrows, a couple of Chippies,  and the Cassin’s, and on the telephone wire a male Vermilion Flycatcher sallied forth continually!  Further down we had a large flock of Pyrrhuloxias, and as Harriet and I got out to enjoy them, suddenly a Kestrel blasted in and sent the whole flock scurrying, and one of them came right for us and almost ran into us!  Continuing on we did find a young White-crowned Sparrow, along with more Savannahs, Vespers, Black-throateds, and even a couple more Cassin’s.  Alas, we couldn’t pull out a towhee, but we saw lots more hawks, caracaras, and a couple of cooperative Bewick’s Wrens.  The road twisted and turned through ranchland and next to natural gas fields, but a floppy bird on one fence turned out to be a Say’s Phoebe!  There were great patches of habitat, but it was getting to be the time of day when things were quieting down (and we were having a heat wave of sorts with 90-degree weather),  but a little patch of vegetation near a farmstead had a Field Sparrow, along with another immature Whitecrown!  That was pretty special!  We also finally picked up a Roadrunner somewhere along there… 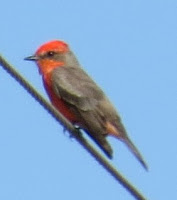 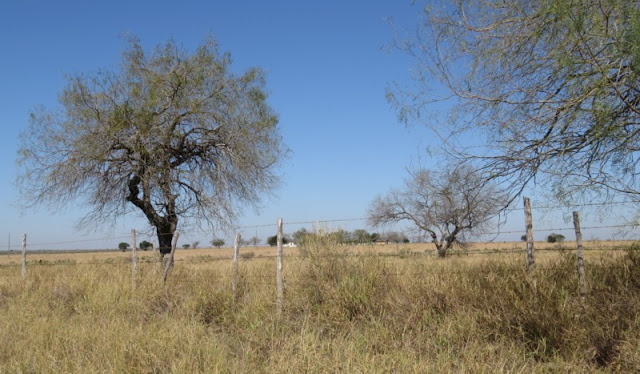 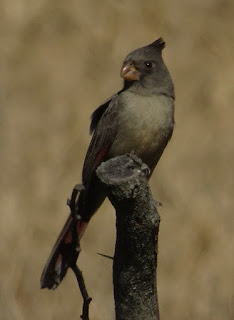 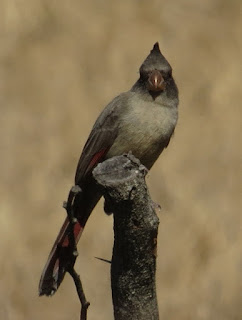 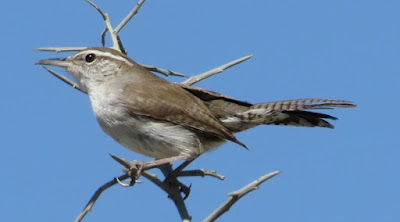