“Graham” had 777 species on his ABA list when he flew down from Michigan last week specifically to see the Crimson-collared Grosbeak, and he and Keith spent all day at Frontera and were getting ready to call it quits at 4:45 when another birder announced they had it, and Graham got a brief but identifiable look for ABA Bird #778!  Little did I know that with the arrival of a White-throated Thrush at Estero Llano Grande SP he would make a return trip this week!


I had the honor of accompanying him over there (hey, I wanted to see it, too J), and after going straight to the Tropical Zone, we were surprised that we were the only birders there!  We poked around a little, picking up an American Robin on a wire at least, and plenty of birds were coming in to the feeders and water feature to entertain in the meantime.  Slowly other birders began to trickle in and we made a few circles around Ben Basham’s place (many people assume this is the same bird from previous years, in which case it traveled all over the Tropical Zone), but no thrush. 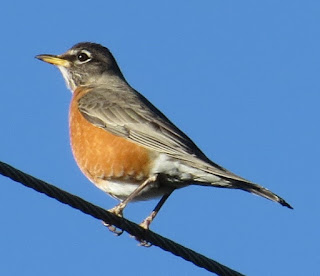 American Robin, which can be tough in winter in the Valley! 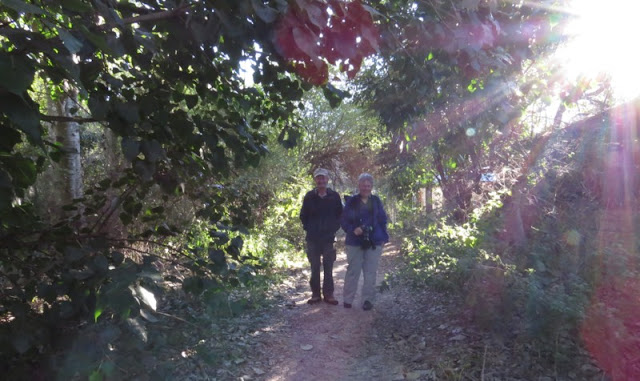 Snooping along "Basham's Trail" in search of the elusive White-throated Thrush! 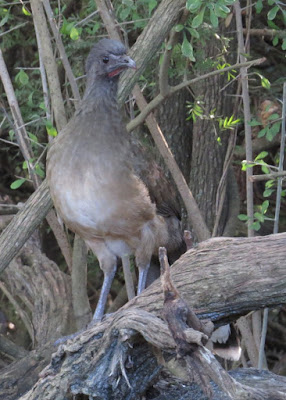 Around 9:00 a text came through on the LTGV RBA that yet another White-throated Thrush was currently being seen at the Kiskadee Blind at Bentsen!  Graham was all for chasing that one, so we jumped into Diggory and headed out (thankfully with no pileup at the 83/281 interchange…), and made it there in good time!  The weather was absolutely fabulous, with blue skies and warm temps, so after checking in we walked all the way in (picking up the canal’s Black Phoebe on the way), and took our places inside the blind.  We enjoyed both adult and immature Altamira Orioles in addition to the expected Kiskadees and Green Jays, as well as at least three Nashville Warblers that were coming in to drink!  But as we were watching the warblers, what should appear in the same spot but the thrush!!  He leisurely took a drink while shutters went off left and right, then hopped up onto a crooked branch that seemed to be made just for him!  What a show! 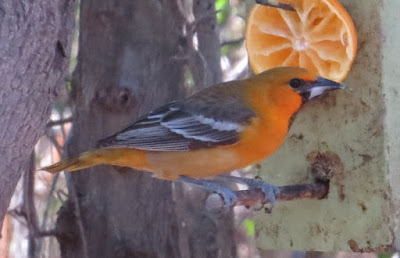 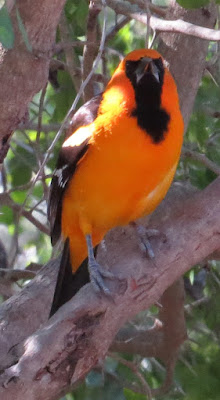 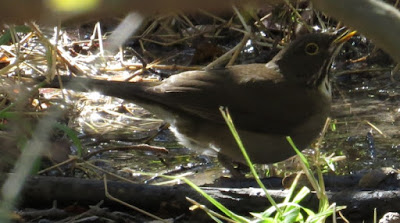 The coveted White-throated Thrush (a vagrant from Mexico) comes in to drink... 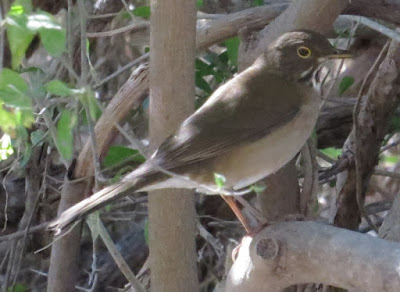 
Having gotten his bird (and that was the best look either of us had ever had of that particular bird), we decided to go ahead and try for the Audubon’s Oriole that was hanging out at Feeder #10.  While easy to get at the Salineño feeders in Starr County, this is a very rare bird for Hidalgo County, so that was fun to see. 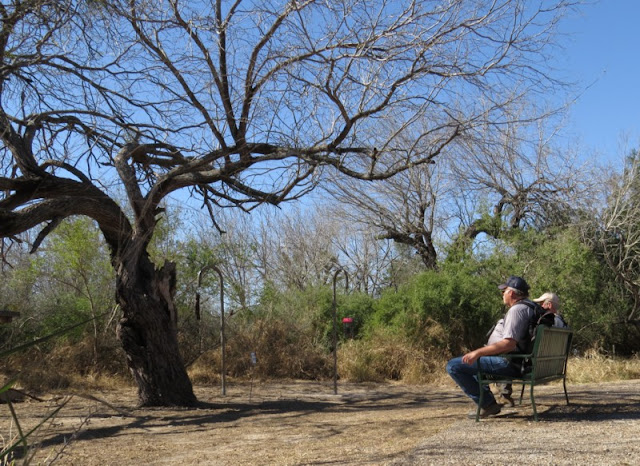 Hanging out at Feeder #10 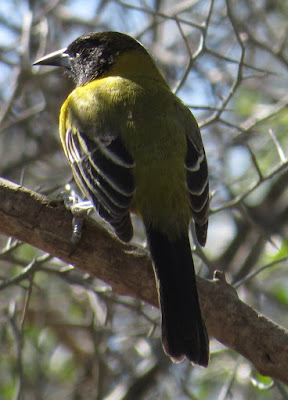 The wandering Audubon's Oriole makes a showing!
After enjoying a flyover Gray Hawk on the way back, we grabbed some lunch at P.F. Chang’s and then decided to go back to Frontera to see if Graham could get a better look at the grosbeak (and me a look at the grosbeak and/or the Blue Bunting).  I figured it was gonna be tough as it was “that time of day”, but as we approached Feeder Area #1, the Black-headed Grosbeak (another rarity from the west) was already there at the feeders!  So we enjoyed him before making the circuit around the area, where it was indeed very quiet; even the Turkey Vultures were few and far between (I was tickled by the fact that they were selling stuffed TVs in the visitor’s center J)!  After the excitement of the morning, the atmosphere at Frontera was rather subdued as neither mega-rarity had been seen.  But, as the saying goes, “Disappointment is inevitable, but discouragement is a choice,” and we had a great time watching the regulars come in to the feeders, including a Catbird, a sprawled-out squirrel, and a woodpecker who could reach the hummer feeder from his tree! 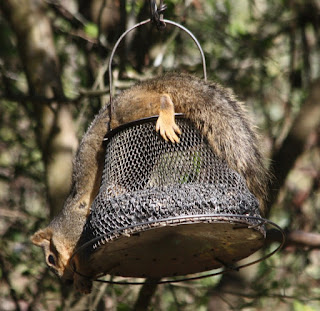 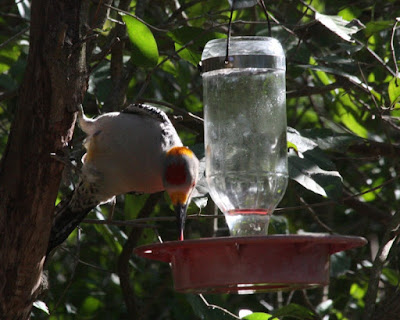 ...while a Golden-fronted Woodpecker has found a creative way to raid the hummer feeder! 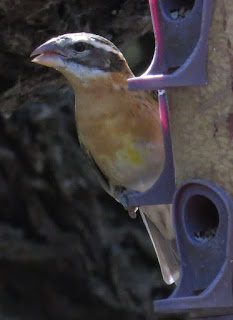