Today’s list was short on quantity but very high on quality!  Starr County was the driest spot in the county, so we decided to make a run for Salineño, even though we figured we wouldn’t have time to do Falcon.  After a coffee pit stop in Roma we headed straight for the feeders, where Bob was holding down the fort, and the birds were even more active than the last time we were here in the afternoon!  Chad and Marge were overwhelmed: half a dozen Cardinals provided the reds, and Altamira Orioles provided the oranges (the color, that is – they were eating the fruiting kind… J), to say nothing of the black-and-yellows of the Audubon’s Orioles and Kiskadees, the green-and-blues of the Green Jays, and the flashy patterns of the two woodpeckers!  Even the earth-toned birds provided a thrill, as the Bewick’s Wren and the Olive Sparrow were also life birds!  Even the blackbird flock was diminished; the Dickcissel of last week didn’t show, but a Bobwhite did sneak in towards the back, as well as a couple of White-winged Doves!  It was heaven! J 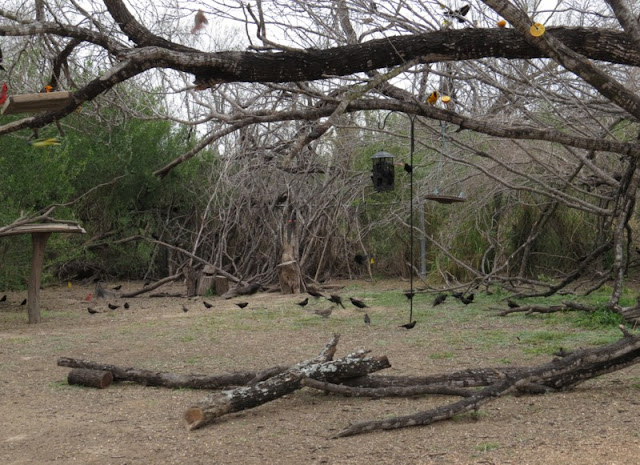 The feeders at Salineno are always hopping! 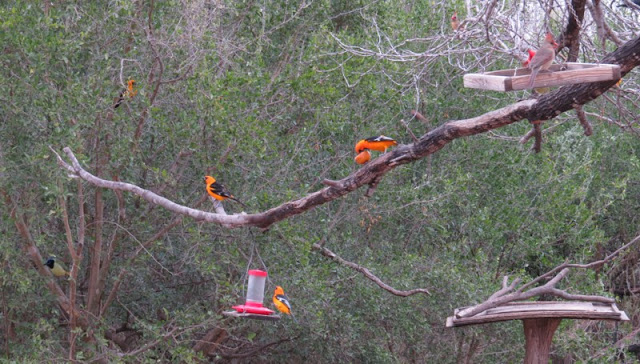 Where else can you see at least four Altamira Orioles at once?? 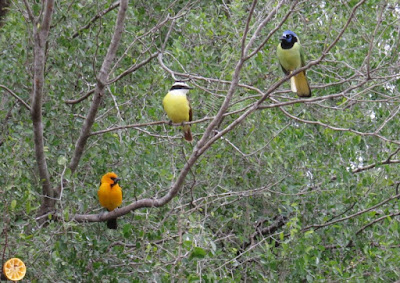 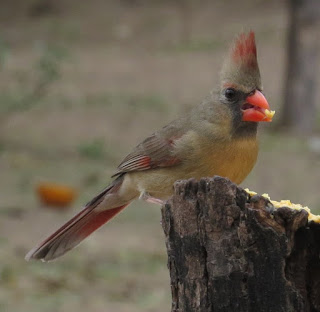 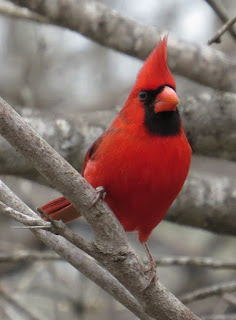 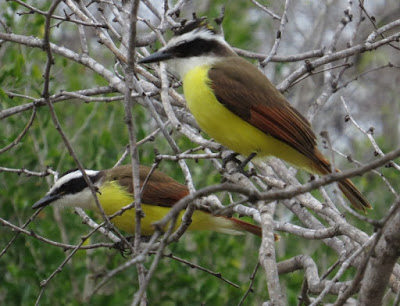 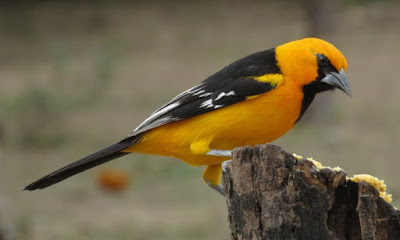 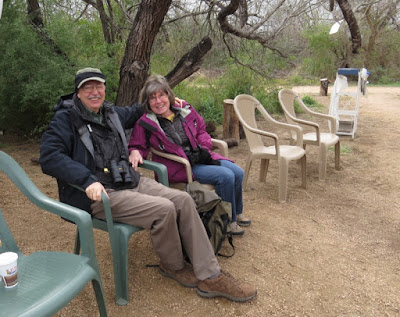 
We didn’t spend much time at the river due to the lack of birds (and the whipping cold, although the Osprey pair was still there), so since time was short we decided to cruise the Dump Road.  That proved to be pretty sparse as well, as the wind was keeping stuff down.  We barely made it onto the entrance road to Falcon State Park before we had to start heading back, but not before encountering a wonderful mixed flock of Lark and Chipping Sparrows, plus several knockout Pyrrhuloxias!  We also got a great look at a Cactus Wren perched on the fence!  That was definitely a highlight! 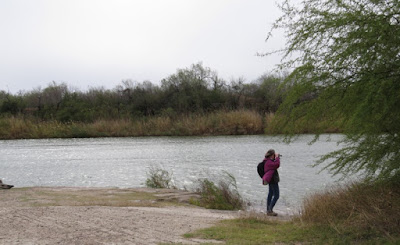 "Marge" checks out the Rio Grande


We started back, picking up a Gray Hawk on a wire (!), but also kept an ear out for the Green Parakeet flock the Birder Patrol had found in Rio Grande City.  A couple of squawks later and we found the crowd in an Anacua tree in an alley, chowing down to beat the band!  And since their view of the Red-crowned Parrots Tuesday morning was less than ideal, I suggested making a run for the parrot roost in Weslaco, and while we were concerned that the setting sun might beat us there, we heard the parrots coming down Border, so I swung onto 8th and it was “storm-chasing” mode again until we found the flock, pretty much at the same area we had it with my two Californian guests!  Only as I took a closer look, I was shocked to find that this flock, like the one in Brownsville, also had its share of “escapees” with several Red-lored Parrots and a single big Yellow-headed in with them!  The poor guy who owned the house we were parked in front of got home with his toddler about then; you just hope that they’re used to birders coming to gawk at “their” parrots! J 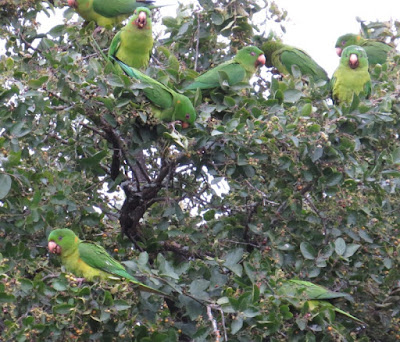 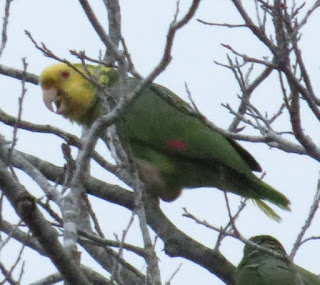