My friend Pat had some friends visiting from California who sounded like they might want to go after the vagrant Roadside Hawk, so she asked if I’d be willing to go chase that (along with the Plumbeous Vireo at Roselawn Cemetery), so that was the plan for today!  I picked her up at 6:30 with plans to meet Linda and Al near the National Butterfly Center (NBC) where the bird had been seen.  When we arrived Linda and Al were nowhere to be seen, but other birders were trickling in, and as we chatted and admired a very pretty barn cat, I turned around, and suddenly the hawk was in its preferred dead tree!  I got the scope on it, so several visiting birders were able to get their ”life” looks, and eventually Al and Linda did show up and were able to see it!  It stuck around for about ten minutes before flying to the east; Pat didn’t have the heart to tell the additional birders that had just driven up (including our friend Brad) the bad news… 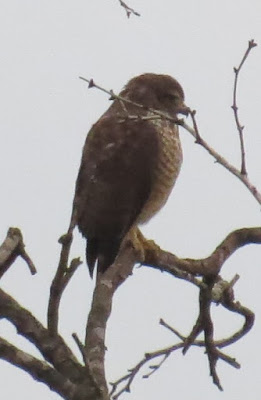 A couple of shots of the vagrant Roadside Hawk 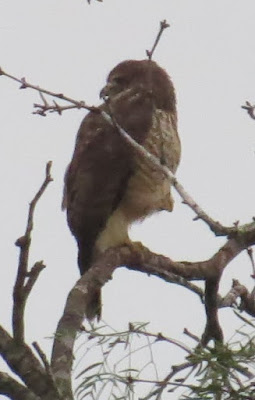 (This is an immature bird, showing streaks on the chest and bars on the belly...) 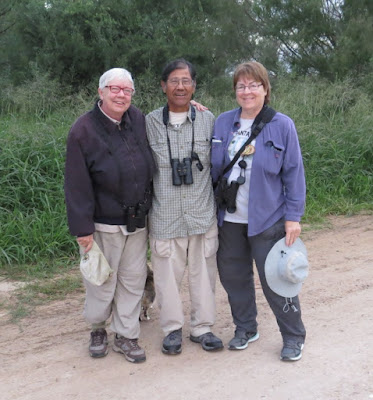 Pat with her friends Al and Linda from California

Linda and Al were going to try and get a better view, so Pat and I headed to Roselawn Cemetery in search of the vireo.  A House Finch greeted us as we got out of the car (a flaggable bird), and shortly we ran into our friend Mark, and later Mary G. (so we got an update on their El Cielo trip J).  We all wandered around trying to find feeding flocks; there were plenty of Yellow-rumped Warblers around (Mary called them “Swarm Warblers”), including at least one “Audubon’s”, plus the occasional Orange-crowned, Black-throated Green, Black-and-white, and even a Pine Warbler!  A Summer Tanager called and eventually showed well, and we heard a Blue-headed Vireo singing and scolding; before long he found a rival and puffed up his yellow sides to try and appear intimidating!  After awhile Pat and I were in the car ready to leave when Mary called, saying they had the bird, so we wheeled over, and while Pat was able to get passable looks, I never did see the thing, but I did hear what sounded like a segment of its burry song (the Blueheads were singing, so I wouldn’t put it past this guy to do the same), so that was good enough for me!  Brad showed up about that time (thankfully the hawk showed up for him), so we left him with the vireo while the rest of us went to chase a vagrant Dark-eyed Junco that had just been reported at Quinta Mazatlan! 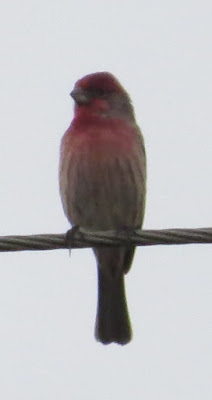 House Finch, considered "rare" in the Valley (except for a few places where they're becoming established) 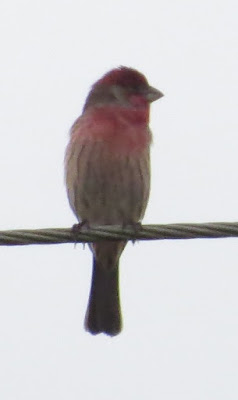 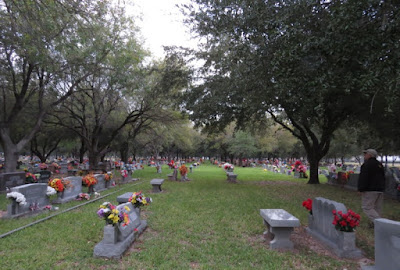 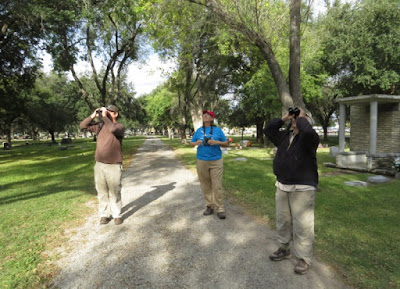 We're joined by Mark and Mary who help nail down some feeding flocks... 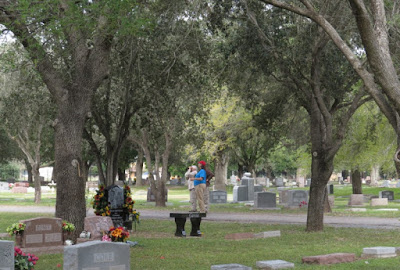 The place was basically around the corner, so once there we made a beeline for Ebony Grove and found Mary and Mark already there, along with another friend Bert, Casey (one of our visiting guides for the Festival), and intrepid chaser Dan, who had “flown” in all the way from Brushline Road when the report came through!  The bird was hanging in a couple of brushpiles and being very skulky, so after awhile Dan, Pat, and I started wandering the loop in hopes of kicking it up.  We had almost completely circled around when I heard typical junco tittering in the bushes, and the minute we turned to look the bird darted into the closest brushpile, flashing its tell-tale white outer tail feathers!  We were hoping it would show itself on the other side for the crowd that was over there, but it stayed stubbornly hidden; again, good enough for me, and apparently good enough for Pat, too, although she confessed that had it been a life bird she would have waited for a better look before counting it. 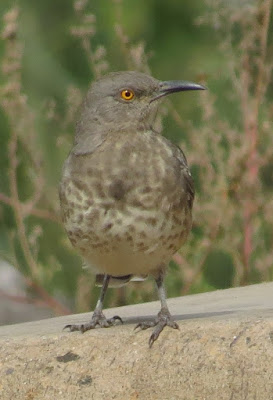 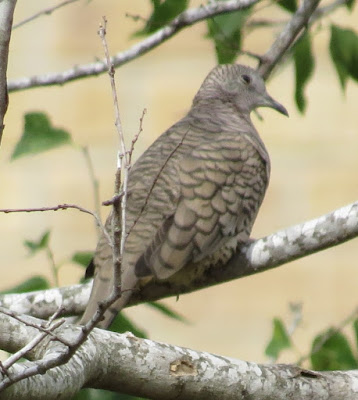 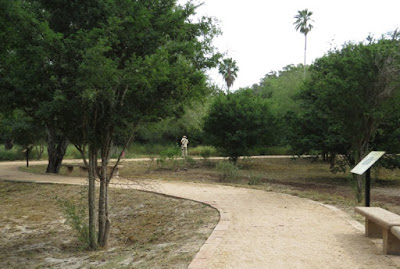 Dan wanders Ebony Grove in search of the errant Junco 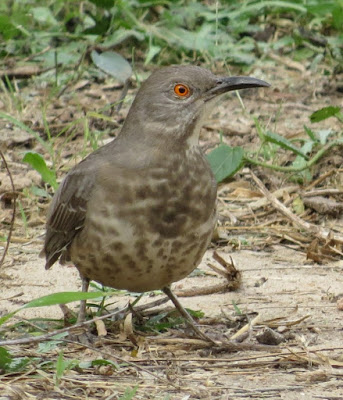 Another (or maybe the same) Curve-billed Thrasher, who was much more cooperative than the junco...


We were originally considering returning to the Butterfly Center (the butters had been nuts at Santa Ana the day before, so I figured they’d be bonkers at the NBC), but with the overcast skies and the fact that I was bushed, we called it a day (although we did see some butter activity in the bushes on the way out of Quinta Mazatlan). 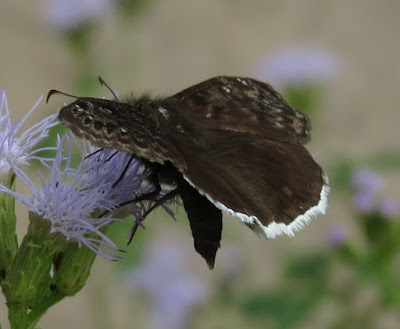 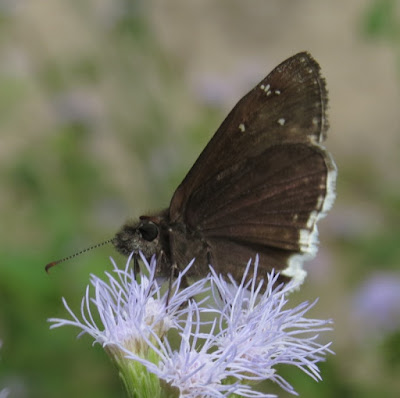