Birded the “Puerto Rico Route” this morning in “Breeding Bird Survey” (BBS) style (stop every half mile and log everything you see and hear for three minutes), and again miscalculated the driving time to the destination, but the nice thing was being able to pick up a Pauraque and some Common Nighthawks at that early hour!  The route starts along FM 1017 a half mile beyond the intersection with FM 3250 (there can be a lot of traffic up to that point) and follows 1017 to Puerto Rico Road, which is a dirt road heading north into Puerto Rico and then swinging around back to FM 1017 just past the Starr County line, for a total of 22.5 miles.  As is typical for this area, most of the habitat is thornscrub and grassland/mesquite savannah, as there are a lot of ranches up here, and is about as far north as you can get on public roads in Hidalgo County.  FM 1017 has a nice wide shoulder to pull off on, but you still have to be careful as the speed limit is 70 and the trucks especially go barreling through there!

Typical habitat along the route (on a hazy morning) 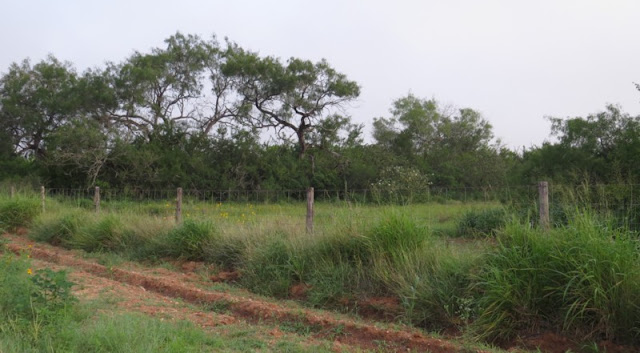 I’ve only done this route twice (and both times in summer), so I don’t know what the wintertime potential is, but it always seems to be a reliable place for Painted Buntings, Caracaras, Roadrunners, and Turkeys!  EBird burped on several of my numbers, but that’s not unusual on these long routes (the standard BBS route is 25 miles long): the “flags” included 50 Scissor-tailed Flycatchers, 40 Painted Buntings, 66 Mockingbirds, and 31 Olive Sparrows!  I had good numbers of other things, too, but those are more expected, like 61 Mourning Doves and 76 Bobwhites… One of many Scissor-tailed Flycatchers

This type of habitat is good for more “desert” type birds, and was happy to pick up Black-throated Sparrow and Blue Grosbeak in a couple of places, along with several Pyrrhuloxias, a few Bullock’s Orioles, and a Cactus Wren.  Had a handful of “Valley specialties” like Green Jay, Couch’s Kingbird, and White-tipped Dove as well.  Raptors were scarce, but did have a single Harris’ Hawk, a Swainson’s in with some Turkey Vultures, and a couple of Black Vultures along with several Caracaras.  A Cooper’s Hawk was being chased by something early on… 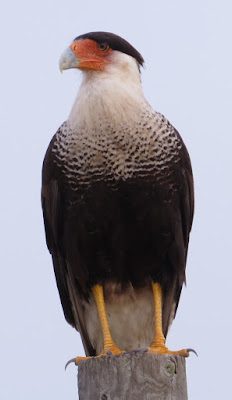 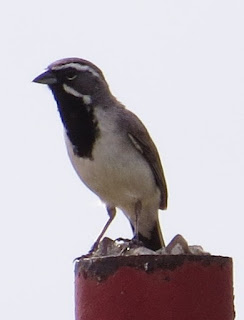 
The dirt road is nice because you can go at a slower pace and usually has several Roadrunners around!  This is also a good spot for Turkeys; one was by the side of the road, and it amazed me how such a huge bird could so effortlessly hop up and take off flying!  This was the only area I had Inca Doves, as there are several humble homes back here.  It was nice to hear a lot of Yellow-billed Cuckoos, too. 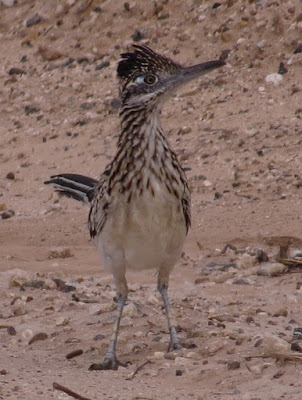 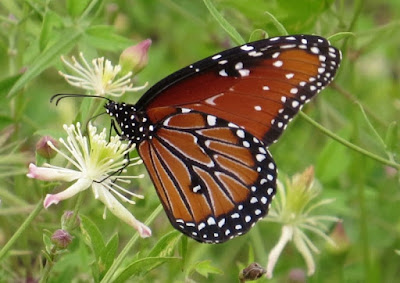 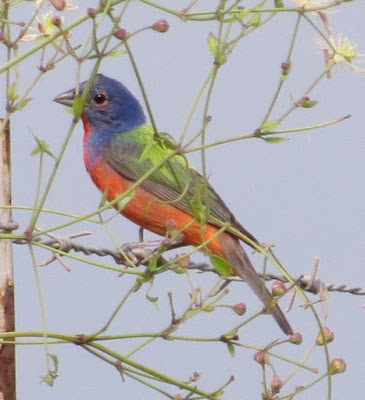 
Wrapped it up fairly early, but it was already 87 degrees out and I was ready to call it quits!  EBird list:


Wild Turkey  2     One calling, and another bird crossing the road later; this is a reliable place for them.