Today’s trip was once of those things that if circumstances had been timed differently, it may never have happened!  I just happened to be the one on duty when Gerald and Shirley checked in after hours, but it turned out they needed a birding guide!  They only had two days here, so I encouraged them to explore on their own the next day while I tried to make arrangements to go places where they didn’t have to walk far, as both had limited mobility issues.  So the next day I called Javier at Estero Llano Grande State Park, and he was gracious enough to arrange for an electric tram to take us around today, and in particular see the Pauraque over at Alligator Lake, which ordinarily is a bit of a hike!

The “tour” was set for 8:30, so we packed up “Diggory” at 8:00 and headed over to the park.  Javier was there waiting for us, and while Gerald was a seasoned birder with several thousand species to his name, Shirley was relatively new, so she was like a kid in a candy store!  Javier took us down the access road where the Chachalacas were passing the morning news along, and on the way we nearly ran down a Rat Snake!  Shirley got a kick out of the “Don’t Molest the Alligators” sign, so we took a picture of that, and after piling out, Javier quickly found the roosting Pauraque who was unusually wide-eyed today, which made him easier to find for Shirley!  She was amazed at how “flat” he looked! 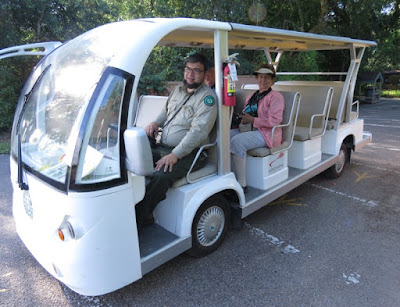 Ranger Javier drives the tram while Shirley and Gerald ride in style! 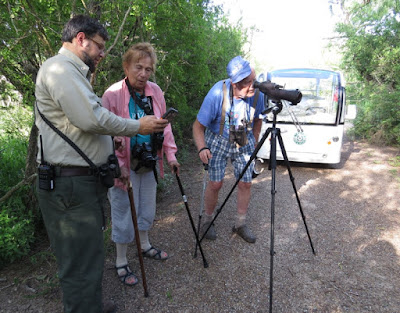 Javier shows Shirley something on his app while Gerald enjoys scope views of Estero's famous Pauraque! 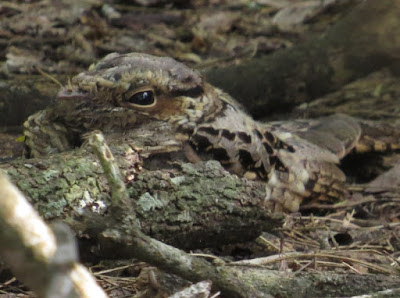 We poked down to the first overlook to see what we could see, and when I heard a Least Bittern “singing” and announced it, Javier actually found the culprit right out in the open!  We got the scope on him and everyone had great looks at this little guy puffing up and uttering his cu-cu-cu-cu song!  Huck and his friend Lee showed up about then, so we all had a great time with that bird!  Down at the main overlook, the Alligator dutifully showed itself, but right above it was a brilliant Yellow-crowned Night Heron, and soon after a Green Heron flew in and stared at us like a dufus…  Huck had mentioned that they had a Painted Bunting along the access road, and fortunately when we happened to stop to watch a dogfight between a White-tailed Kite and a Swainson’s Hawk, I heard the bunting up ahead of us!  Thankfully he stayed put long enough for Shirley to get a look, but zipped off before Gerald could do so… L 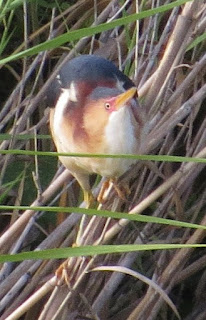 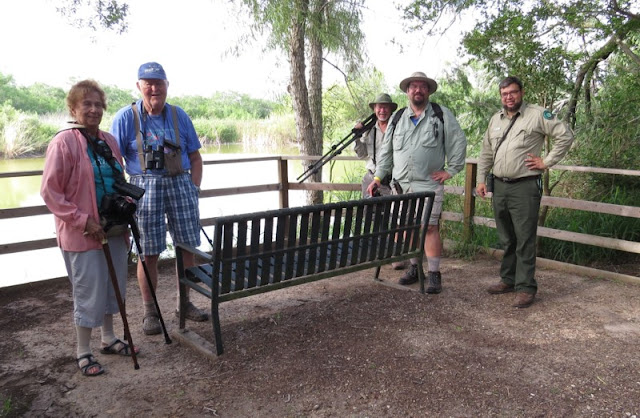 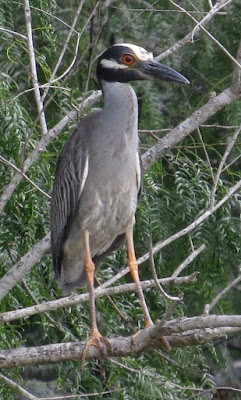 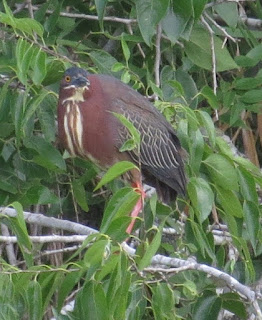 A restroom break was in order, so that gave us an excuse to go into the Tropical Zone, where we got glimpses of the Altamira Oriole leaving and entering the nest, but never a real good look.  Both Couch’s Kingbirds and Brown-crested Flycatchers sat on the same wire the nest was on, however.  Things were vocalizing (like Clay-colored Thrush and Tropical Kingbird) that we never could get on.  Javier also shared that a researcher had discovered that over 100 White-tipped Doves live in the park! 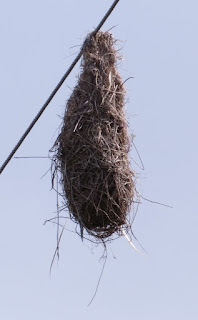 After dropping us off (and then returning again because I left my scope on the tram) L we headed on to Laguna Atascosa, as Shirley really wanted to see a Green Jay.  Yes, there were closer places where one could see them, but not where you didn’t have to potentially walk some distance, so I figured that was the best shot.  Discovered to my chagrin that they’re still not done with General Brant Road (we first discovered it closed for repairs way last November), so we took the detour, enjoying the storm we were going to eventually drive through (that got us talking about the Arizona monsoons as they’re from Tucson), and then heading up Buena Vista, where we ran into a family of Harris’ Hawks in lovely light!  Shirley was delighted with the Eastern Meadowlarks, and Dickcissels were singing out the yin yang when Gerald announced that that would be a life bird for him!  So we got the scope out and found one fairly close in all his glory!  At another place a White-tailed Hawk was sitting but took off before I could get the scope on him, and a Botteri’s Sparrow (which was another lifer for Gerald) sang cooperatively from a fence post!  Both Bobwhite and Horned Larks put on a show in the road, but the only bird Shirley got a good look at was a Lark Sparrow just before we got to the entrance road.  I got all excited about a Roadrunner hopping up, but they laughingly waved him off (besides, they ate her backyard birds, she said)! 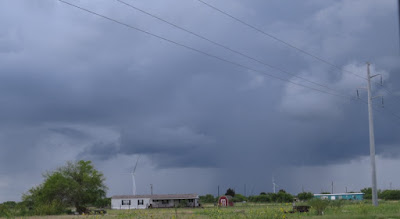 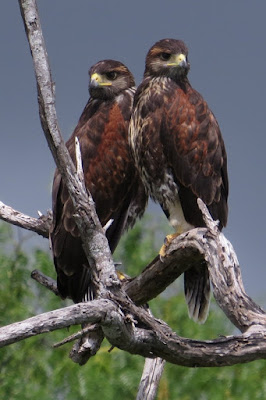 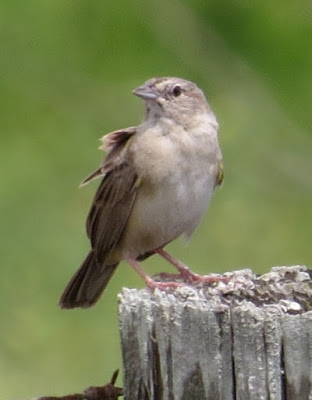 Once we got to the visitor’s center (and the bathrooms are open, hallelujah!) we sat at the water feature awhile and experienced the grackle cacophony, until finally some Green Jays came in and gave good (but not too lingering) looks.  Unfortunately we were really running late by then and couldn’t hang around too long, but they announced (since they’d be spending the night in Harlingen) that they’d like to come back here on their own the next day before heading north, plus visit someplace in Harlingen, so I made a quick call to Norma Friedrich with the Arroyo Colorado Audubon, and she agreed to throw some seed in the feeders at Hugh Ramsey Nature Park and arrange for someone to meet them, as I couldn’t think of any other handicap-accessible place in Harlingen.  So we headed home, picking up a nice Crested Caracara and some fly-by Common Ground Doves on the way out.