Headed west on this chilly morning, looking forward to the first Salineño feeder visit of the season!  We headed for the “Seedeater Trail” first, after a quick look at the Rio Grande that nailed us Neotropic Cormorants and a distant Osprey.  I heard a Ringed Kingfisher way downriver, and was not surprised that I couldn’t spot him… Things were very quiet along the trail except for one feeding flock that had several Red-winged Blackbirds, a Black-and-white Warbler, and a few Orange-crowned Warblers, but the star of that show was the Blue-headed Vireo that came down to say hello!  A pair of Long-billed Thrashers and an Audubon’s Oriole drove us nuts by vocalizing but not allowing any views at all, but a little Lincoln’s Sparrow was more cooperative.  At the cul-de-sac we found another Osprey eating breakfast, plus a little pod of Least Sandpipers (I had spooked a Spotted when walking to the edge).  Suddenly I heard the splat of a Green Kingfisher, and we initially spotted him on a white stump across the river, but then he took off and everyone thankfully saw him fly!  When he landed again we were able to get the scope on him for distant but passable views!  An invisible Gray Hawk was yelling during all of this… 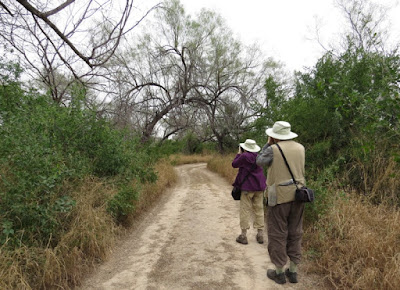 Checking out a feeding flock along the Seedeater Trail

Mariana and Andy at the cul-de-sac

Back at the car Michael and Chamois the Rescue Dog were down at the boat ramp, shortly to be joined by John and Sue, the Santa Ana bird walk volunteers!  Michael also confessed it was very quiet, but a pair of distant ducks finally flapped their wings so I could confirm them as Mexicans, and a dark blob on top of a dead tree on the island proved to be the Gray Hawk (and a Red-shouldered was also yelling in the distance just to confuse things…)!  Mariana found a baby turtle – probably a Red-eared Slider – and Michael mentioned that even they’ve been scarce along the river! 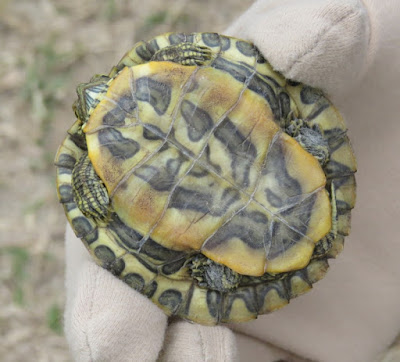 Andy and Mariana opted to walk up to the feeders while I moved the car up there, and shortly we were reunited with Merle and Lois, the ever-faithful feeder stockers (I had brought along some “oriole bait” J)!  They also admitted that things had been slow; in fact the Audubon’s had only come in once to look during the whole season but never stayed to eat!  We hung around for an hour; Green Jays and House Sparrows were out the yin yang, but a little patient waiting finally let us get looks (and pictures) of the Long-billed Thrasher!  Both a Golden-fronted and Ladder-backed Woodpecker gave brief looks, and an Olive Sparrow made an appearance within the mob of Houses!  A Bewick’s Wren sang off stage, and titmice came in to steal a seed and then steal away.  An Orange-crowned Warbler finally screwed up the courage to eat some peanut butter mixture, but at long last, we heard the choip and happy whistle of an Altamira Oriole, and he came right in and put on a great show!  The White-winged Doves finally came en masse, with a couple of White-tipped Doves giving great looks.  I was hearing two Gray Hawks whistling to each other, so I got up to see if I could spot them, but got distracted by Merle’s “butterfly collection” of bugs that had just expired with the cold; one of them was a smart Southern Dogface that we all took pictures of (you don’t often see that great dorsal pattern)!  At the end of the hour, we got up to leave but the oriole kept coming back as though enticing us to stay!  And looking back on it, what started off slow actually turned out to be quite active! 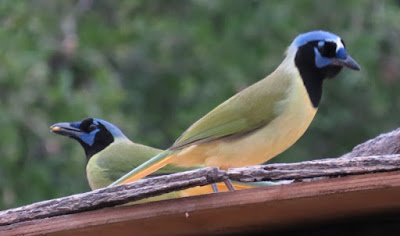 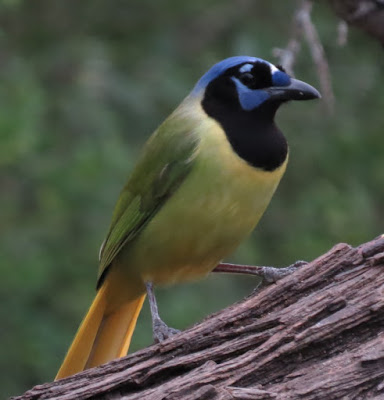 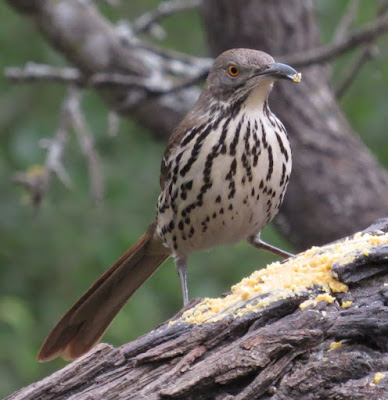 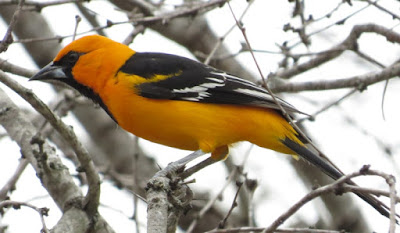 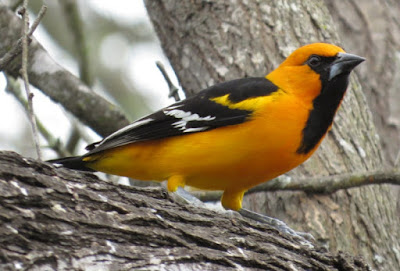 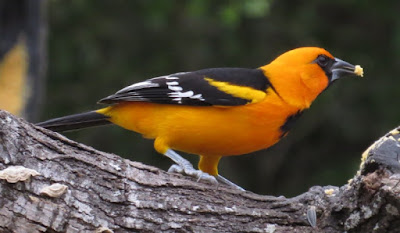 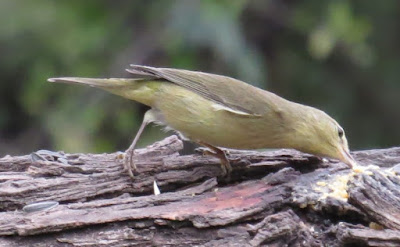 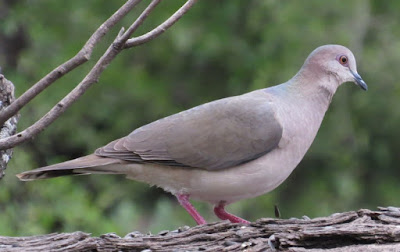 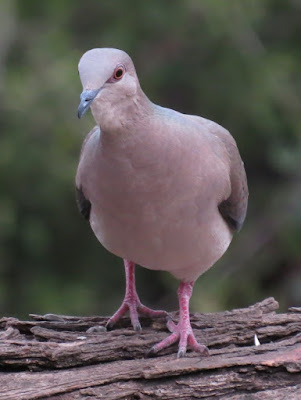 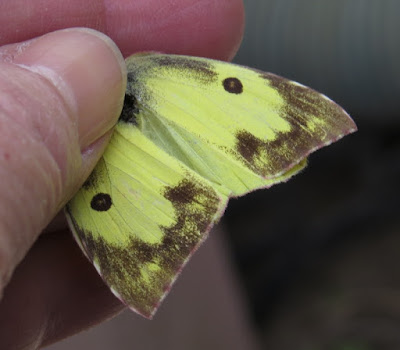 Nice look at the dorsal side of a deceased Southern Dogface 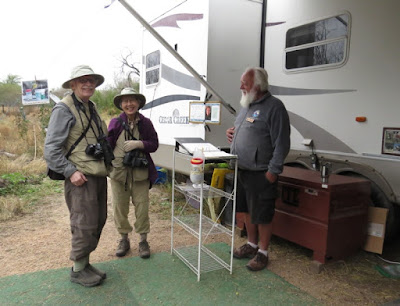 From there we headed down the Dump Road which was also quiet (best bird was a close Harris’ Hawk; I think we all got distracted by lively conversation J), then headed in to Falcon State Park.  We had a brief look at a female Pyrrhuloxia on the entrance road, and nice wire birds on the way in included Eastern Bluebird and both Chipping and Lark Sparrows!  But Andy (I think it was) spotted the best bird:  what I thought was an Eastern Phoebe at first morphed into an Ash-throated Flycatcher!  They’re definitely there in the summer, but most clear out in the winter. 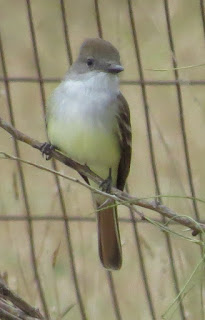 Crawling around the park we’d run into occasional feeding flocks with Orangecrowns, Yellow-rumped Warblers (aka Butterbutts), Ruby-crowned Kinglets, and Blue-gray Gnatcatchers.  At one flock I thought I had a Black-tailed Gnatcatcher, but the next gnatcatcher to pop up was definitely Blue-gray, so I thought I was losing my mind…  But then another, duller gnatcatcher gave a harsher call, and showed much black under the tail – we did have the Black-tailed after all!  We tried to pull a Verdin out, but to no avail…  About four Couch’s Kingbirds posed on a wire, and crawling around the primitive camping area got us talking about kayaks as we saw a jeep with two of them strapped to the roof!  After that we headed down to the boat ramp, not picking up much of anything until going “four-wheeling” down into the overflow area:  an Eastern Meadowlark sat up singing, and along the water’s edge we had several coots and the occasional egret and Laughing Gull floating past.  The jeep with the kayaks had passed us and were putting in down in the flat, grassy area, but we turned around as the track was getting a little dicey. 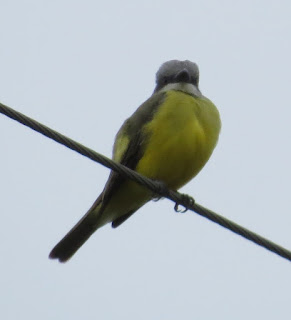 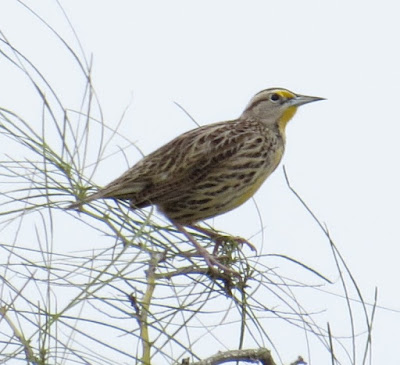 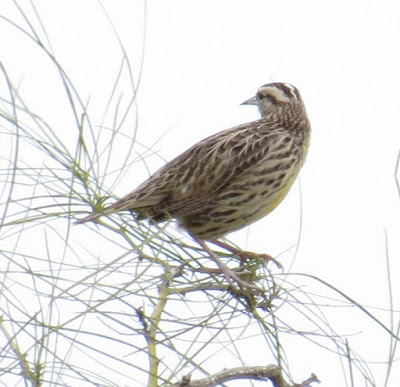 We did happen to see a Caracara power by with a stick in his mouth, but the picnic area was also disappointingly quiet; we parked at the end and walked the little loop towards the water’s edge where we again ran into the kayakers and a large flock of Blue-winged Teal.  A Great Egret posed for pictures, and a Belted Kingfisher rattled in the distance for a Kingfisher Trifecta (at least heard J), but that was the extent of the bird life… 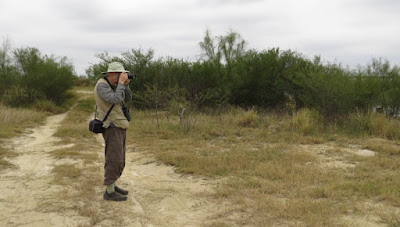 Andy shoots a Great Egret (below) in the picnic area 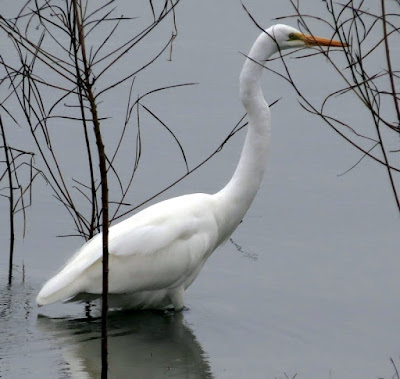 I decided to swing through the powered campground in search of feeder birds, and that was a little more productive:  a group of Pyrrhuloxias bounced up and gave everyone great views (until we slammed the car doors L), and near the end of the campground loop, I was despairing of seeing any Roadrunners until one materialized right in front of us!  Thankfully everyone got great looks (and even a few “through the windshield” photos)!


On that note we headed home with 69 species for the day, but not before witnessing a family of Javelina crossing the road on the way out!  Bird list: