John was giving his wife Lisa a birding vacation for her birthday J, so the goal was to basically see everything we had to offer!  Since they had flown into Harlingen they had already visited Hugh Ramsey Park and then Estero Llano Grande on the way to Alamo, logging a bunch of Valley specialties, so since Painted Bunting was big on her list (even though I was pretty sure they’d bag one at the Island when they went on Tuesday), I decided to take them up Brushline Road for the morning, as that’s also good for raptors they may not see otherwise.


John was a hunter, so they were both very good at spotting things!  The area was socked in with fog on the way up (some of it very dark and eerie-looking), but once on south Brushline the common things showed well, such as Lark Sparrows, Couch’s Kingbirds, and of course Mockingbirds (John’s favorite bird, he said J)!  The lighting wasn’t the greatest to start, but we did manage good looks at Blue Grosbeaks, Bullock’s Orioles, Curve-billed Thrashers, and even a small flock of Indigo Buntings right out the car!  Lisa spotted something yellow in the back of a tall tree that turned out to be her life Dickcissels!  We tried to peek in one of the exotic game ranches (John spotted an antelope of some kind) and spooked a Harris’ Hawk in the process!  A young Swainson’s Hawk also gave a good view, and an immature White-tailed Hawk posed on a post.  But the star of the show was a gorgeous White-tailed Kite that gave great looks!  While I was inputting the eBird list Lisa spotted a pair of Cedar Waxwings in the tree next to us! 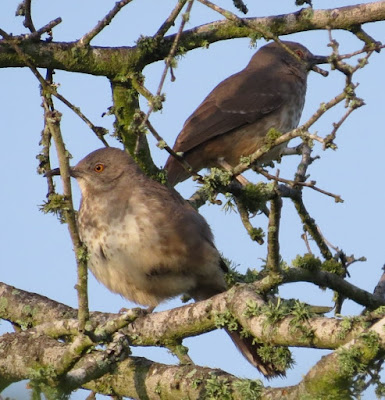 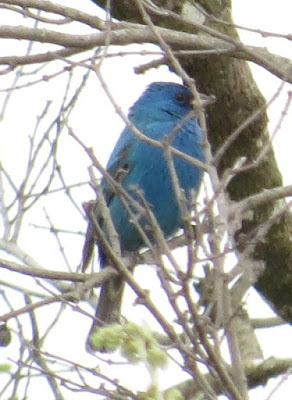 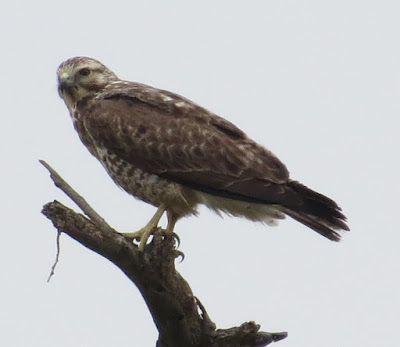 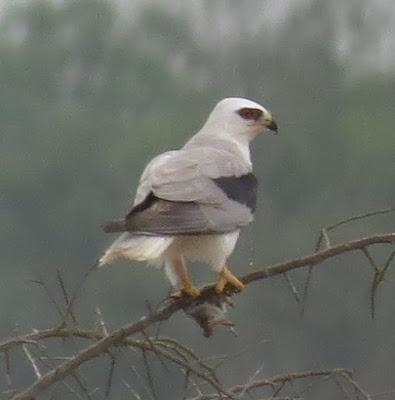 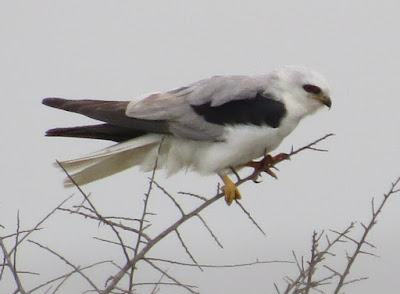 Crossing the highway, we started exploring the thornscrub, where a beautiful male Painted Bunting finally came out and gave great looks!  A family of Bobwhite trotted across the road, one female lingering for pictures, and yet another oriole posed on a wire, but this one caused a bit of discussion as in the poor light I was having a hard time discerning whether we had a young Orchard or Hooded Oriole, as their songs sound similar to my ear.  Looking more on the greenish side I think I settled on Orchard…  Several Scissor-tailed Flycatchers posed and delighted, and one little lively spot had a cooperative Bewick’s Wren, several Verdins chasing each other, and yet another Painted Bunting!  Lisa spotted another yellow bird in a tree that (by the time I finally spotted it) turned out to be a female Summer Tanager!  Pyrrhuloxias were somewhat curious along the length of the route, whereas I think we only spotted one Cardinal.  Cassin’s Sparrows and White-eyed Vireos weren’t cooperative at all, and would only sing for us… 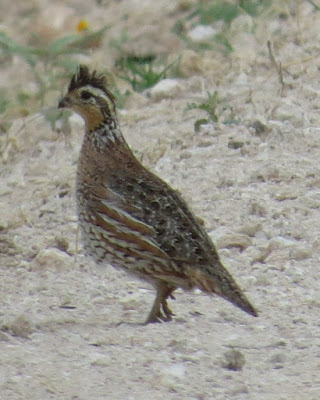 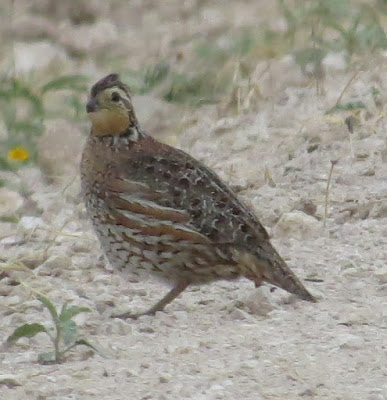 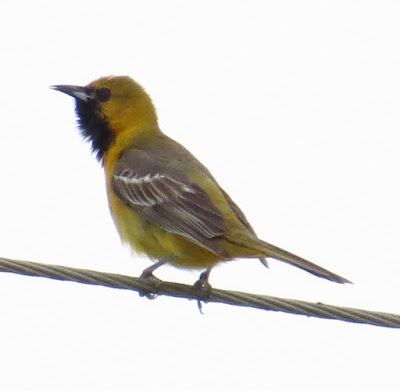 We opted to bypass Ken Baker in favor of hopefully kicking up a Roadrunner by continuing on Brushline, and had great looks at a Caracara just before the road makes a hard right!  A Shrike (nasty birds, says John) flew up and down from the wire, and a couple of Rheas on the other side of the fence was a hit!  The pond was pretty sparse, although we padded the list with some egrets and a couple of shorebirds.  Since we had to get back, we booked pretty well on the return leg, although we stopped for the Caracara in good light, and slammed on the brakes when John spotted a group of “Rio Gobblers” (aka tom turkeys)!  He thought that was very unusual that they all be toms this time of year, but got them all gobbling by calling to them (and they of course wouldn’t cooperate once I started the video…)!  Lisa had been wanting to see a Green Jay all along (even though they saw several the day before), and she happened to miss the only one that flew across the road! L 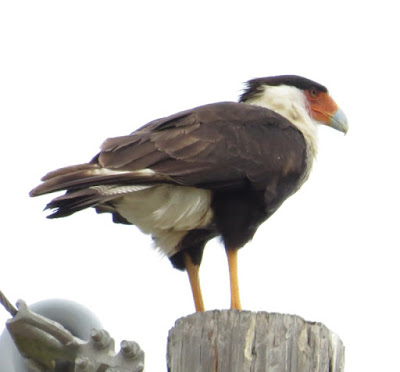 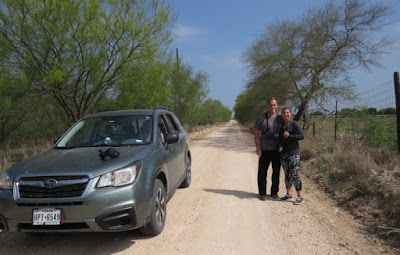 John and Lisa (with Heppy) near the north terminus of Brushline 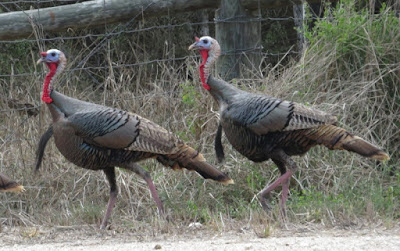 
We headed off in earnest after that with Lisa talking to one of her kids in the back seat (on the phone, that is J), when a Roadrunner chose that time to cross the road right before the main highway!  It disappeared, of course, but I pulled over about then to input the eBird list; as I was doing that I heard him rattling behind us, so unable to resist messin’ with Roadrunners, I backed up and cooed at him, and he poked his head up from behind the berm, but ducked down before Lisa saw him! L  I cooed in earnest, and he cooed back (which delighted my charges), but he wouldn’t come out, so I continued inputting the eBird list when John announced he was up in the tree!  Sure enough, he was curious enough to check us out and coo back several times, and both were impressed with how big and beautiful he really was (just like Beep Beep J)! 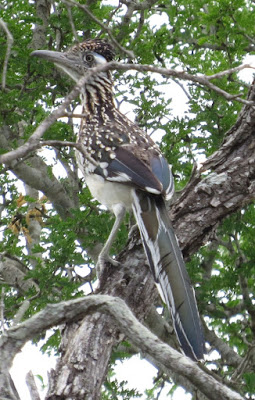 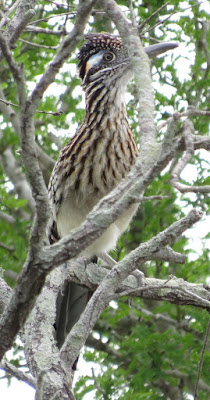 Finally got going after that, finishing up with 60 species for the morning!  Bird list: