After gathering at the La Feria Whataburger (a popular place for some of the crew to have breakfast J), four cars full of eager birders made their way over to Donna McCown’s place in Harlingen, known for her big back yard and multiple feeders and water features!  We had just pulled in when several orioles attacked her jelly feeder in the front yard (I only got a look at a Hooded…)!  We shortly migrated to her big back yard, where a Long-billed Curlew sailed in and landed in her neighbor’s yard, and a Dickcissel flew over, which was a yard bird for Donna!  A small flock of four Red-crowned Parrots flew over, and from the comfort of her back porch we enjoyed Green Jays, Lesser Goldfinches, and hummingbirds while the ladies talked feeder construction! J 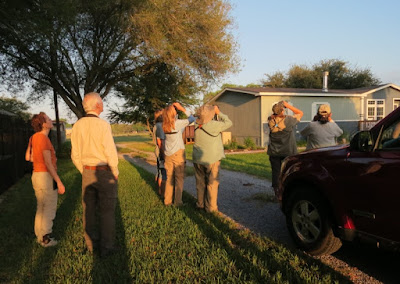 We're not even out of the cars before birds start showing up! 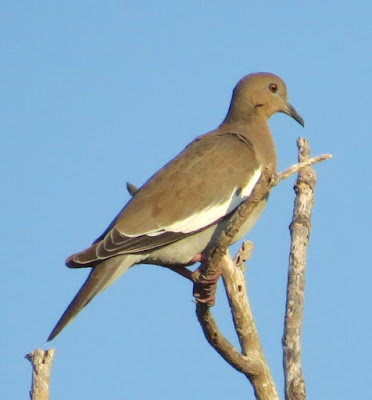 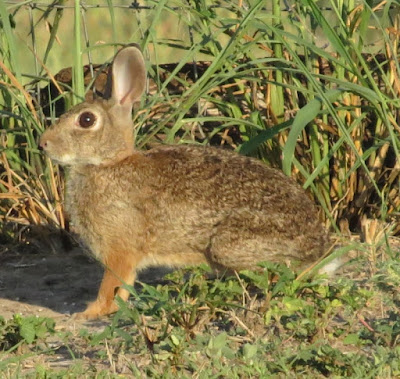 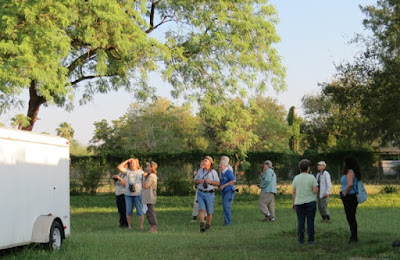 The gang dutifully admiring the back yard... 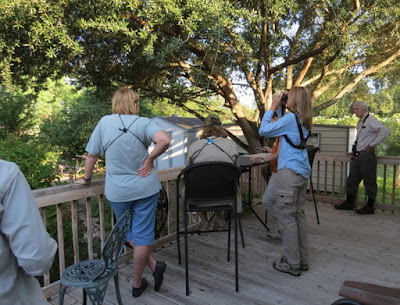 ...and the porch feeders! 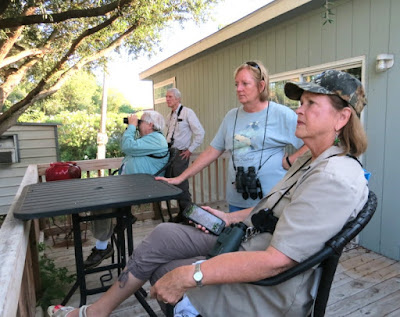 Sue keeps track of the sightings via her eBird app while our hostess Donna looks on (with Pat and Alan in the background). 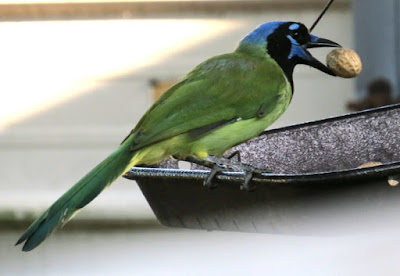 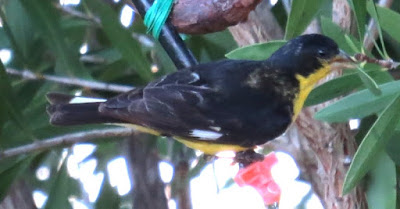 Lesser Goldfinch at the drip

Donna told us about a road with some cottonwoods and dead palm trees that often had parrots and Gray Hawks, so we headed over there next; we at least heard the hawk, but the palms looked like they had been taken over by woodpeckers.  From there we headed on up to Sugarhouse Pond, which was way down from the last time I was there!  Was still good shorebird habitat, though, with several Avocets, peeps, and even some Wilson’s Phalaropes (couldn’t find the Red-necked, though)!  Black-bellied and Semipalmated Plovers were nice surprises as well. 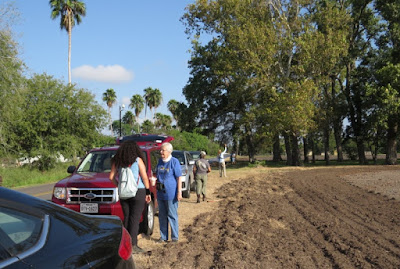 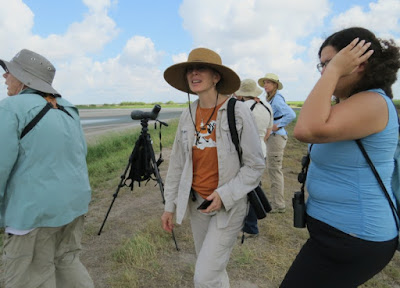 Pat, Baceliza, Betty (in back), and Stephanie 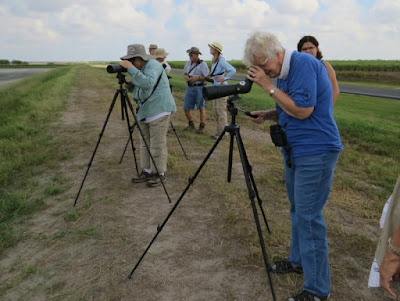 Pat and Norma scan for goodies

...and the goodies are way out there!

Avocets plough through the water 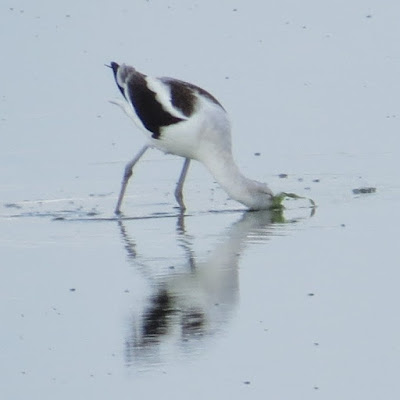 From there we decided to see if Valley Acres Reservoir was open; they welcome birders if you ask permission first, so we called, the gate was open, and we headed on in!  This is a huge reservoir with lots of birds:  first to greet us was a ballet of White Pelicans!  In the canal heading up to the dike was a young Yellow-crowned Night Heron, and on the island across the way were also tons of Black-bellied Whistling Ducks, Blue-winged Teal, and Neotropic Cormorants.  Some beautiful Roseate Spoonbills were sprinkled here and there, and we caught sight of a couple of Wood Storks sailing in, but the best bird was a cute little Snowy Plover on the sand!  While most of the crew threw in the towel about that time, four of us decided to pile in Alan and Baceliza’s vehicle and take the drive all around the lake!  That was great fun:  we got a little closer to some of the shorebirds, including one that looked suspiciously like a Baird’s Sandpiper.  A Cooper’s Hawk exploded from the trees at one point, and three White-tailed Kites sailed overhead!  Coming around to the back side of that island revealed many more Wood Storks, and along the return leg we flushed several Black-crowned Night Herons.  We managed to get closer to our Snowy Plover coming back, but we didn’t linger as it was hot and getting late.  It was about a three-to-four mile loop on a good road (although grassy in spots; might be dicey when wet). 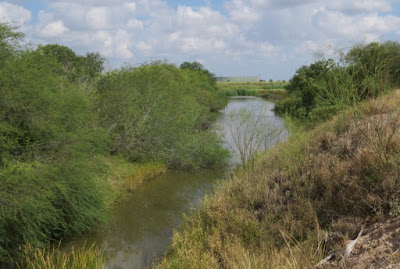 The Island, loaded with pelicans and ducks! 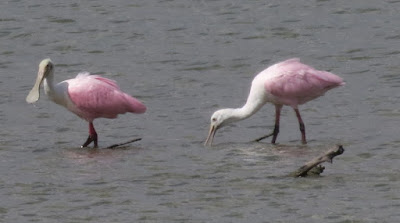 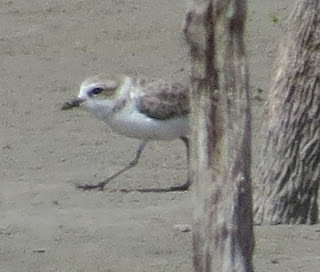 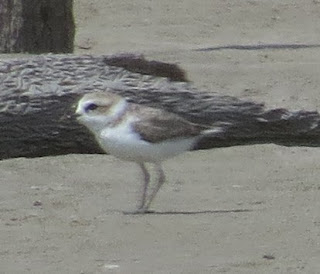 We all went our separate ways after that, logging 60 species for the morning.  Bird List: