We hadn’t forgotten about the sod farms, so after discussing our options (and as my friend Norma Friedrich likes to say, road-birding from an air-conditioned car is always a good summertime birding option J), and also realizing that the 281/83 interchange wouldn’t be a nightmare on a weekend, we decided on doing the Cannon Road Loop (which includes the Weaver Road Sod Farms – aka Superior Turf Farms officially).  Normally I start this route from the south end of Cannon Road itself, off US 281 just east of the little town of Santa Maria, but since we wanted to target the sod farms, we came in from the north, from La Feria down to FM 3067 (which turns into FM 800).  Just before the road curves left is the turnoff for Weaver Road on the right, which is unmarked, so unless you know exactly where to turn you can feel like you’re pulling into the farm’s driveway!  Heading south takes you through some ag fields (full of cotton this time), and you run right into the sod farms!  On the way down a couple of Swainson’s Hawks were sitting in a barren part of the field, as is their custom! 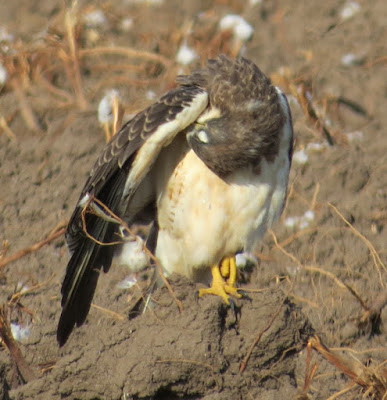 The first bird was preoccupied with his beauty preen, but the second bird (below) kept his eye on us! 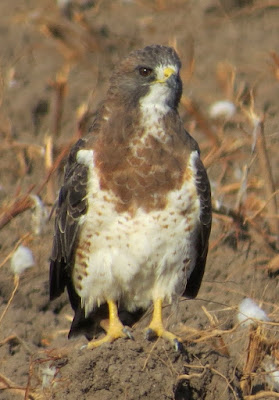 First thing in the morning is a great time to bird the sod farms, as the best viewing is to the west, so you have the sun in a perfect position!  Sometimes the birds can be way the heck across the fields (and we did have a few stilts, grackles, and a White-faced Ibis over there), but more often than not they’re “spottable” with the naked eye, and that was certainly the case this day, as our first “grasspiper” turned out to be a lovely Buff-breasted Sandpiper!  We caught sight of a few more, along with some Pectoral Sandpipers that were closer to the road.  Also closer to the road were several Least Sandpipers, and Killdeer were also plentiful.  A couple of Long-billed Curlews put on a show as well.  We even had both adult and immature Little Blue Herons along the canals. 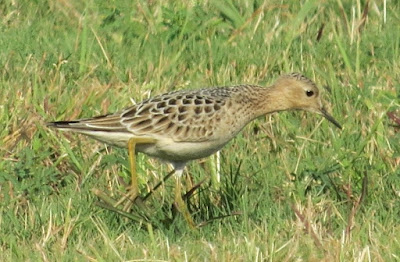 Buff-breasted Sandpiper, showing the yellow legs better in the above shot. 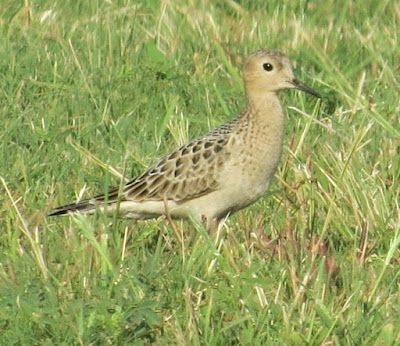 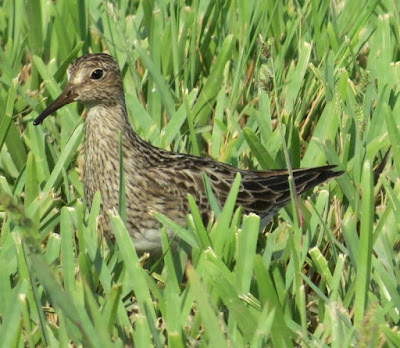 Pectoral Sandpiper (above and below) 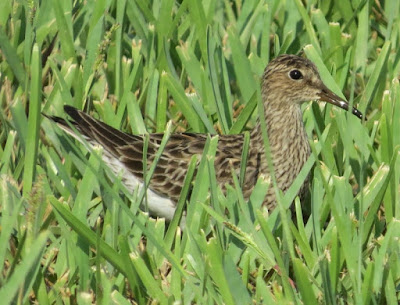 After that high, we continued to Jimenez and decided to cut straight over to Cannon and check out the NWR tract.  By then it was pretty quiet (still had plenty of Tropical Kingbirds, though, as is normal for this route), and I called out things as I heard them, but nothing really got the juices going until a family of Groove-billed Anis popped up back on the Weaver Road section of the NWR tract!  We did hop out trying to spot a Clay-colored Thrush that flew in, giving his “robin ring” call, but we never could get a good look (that was a first for the route for me).  We scared up several Common Ground Doves, but none wanted to stay put for Firmin’s camera. L  A nice addition, however, was two White-tipped Doves that flushed along the road and veered off, giving us great looks at the “white tips” and the flash of rufous under their wings!  Heading through the cotton field on the way down to US 281 Firmin’s favorite bird of the day popped up on a cotton stalk:  a lovely male Blue Grosbeak!  The Tropical Kingbird on our right was in better light, and he almost seemed to be posing and saying, “Aw, don’t pay any attention to that blue guy – lookit me!” J 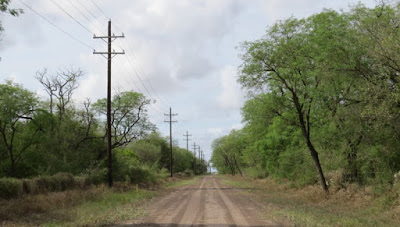 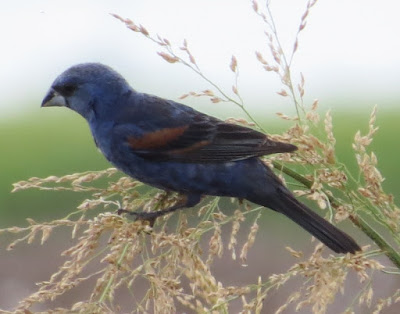 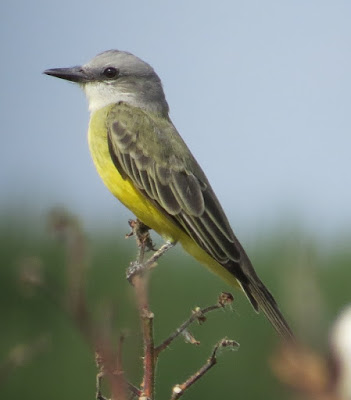 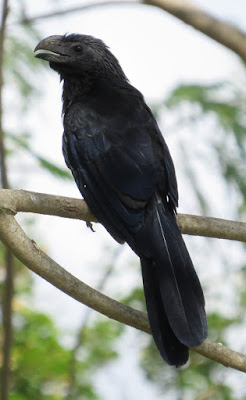 The endearing Groove-billed Ani (above and below) 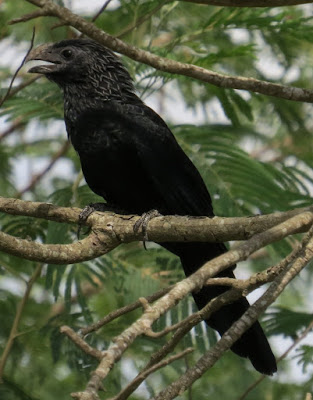 From there we had just enough time to check out Rangerville Resaca, so we cut over on Jimenez, spotting a beautiful White-tailed Kite on the way!  At one of the canals Firmin finally got to see a Wood Stork for the trip, as one hid in the grass and then took off when he realized he had been discovered! J  At the resaca we picked up several Stilt and Western Sandpipers for the day, but alas, we had to get back to the hotel so they could start home for San Antonio!  Still, it wasn’t a bad morning with 57 species! 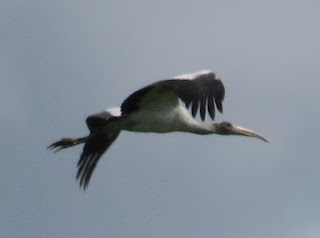 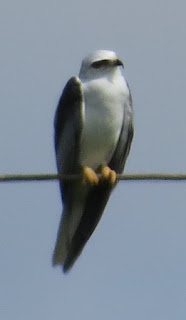