Once again, Barbara was down to the Valley from the Hill Country to try and wrap up a few year birds, and while she hit pay dirt the evening before on her own (bagging anis and the screech owl at Estero), this morning was kind of a bust so far as targets for her went, but Katinka, a visiting guide from Honduras, joined us and racked up several life birds!


Barbara’s targets were limited to Alder Flycatcher and oddball warblers that might show up, so we headed to South Padre for the morning.  We went straight to the Convention Centre where skies were sunny with a slight breeze blowing, and Katinka’s sharp eyes picked up several Yellow Warblers, a Wilson’s, and an empid that unfortunately was just a Least…  A Blue Grosbeak sitting on the high dead branches was nice, but he was shortly replaced by a Scissor-tailed Flycatcher, who was then upstaged by a Loggerhead Shrike!  But the one day I forgot to pack my Off Wipes was the one day we really needed them:  the mosquitos were horrendous!  Bird-wise we had a couple of Northern Waterthrushes and an Ovenbird out in the “back yard”, and from the overlook we picked up Marbled Godwits, Willets, both Blue-winged Teal and Mottled Ducks, and the normal cormorants, pelicans, and herons (including our pie-bald Reddish Egret playing hide-and-seek behind the island out in the Laguna Madre).  Out on the boardwalk we had the resident spoonbills and a few Western Sandpipers, but the only migrant we had out in the mangroves was a male Baltimore Oriole sitting up top (plus the wintering Belted Kingfisher out on the very end).  Dickcissels were flying all over, giving their brat flight calls, and on the way out we checked the circular area again and had a female Orchard Oriole.  Just as we were driving out Katinka spotted an Eastern Kingbird!

Heading over to South Padre Island on the Causeway 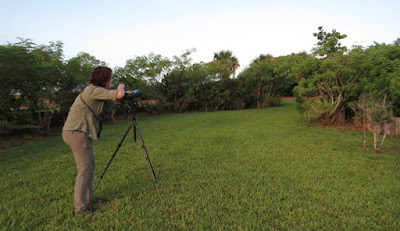 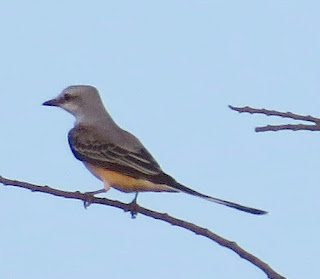 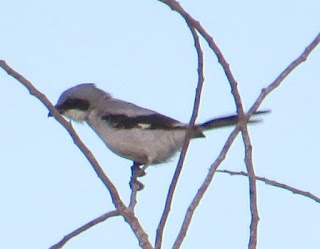 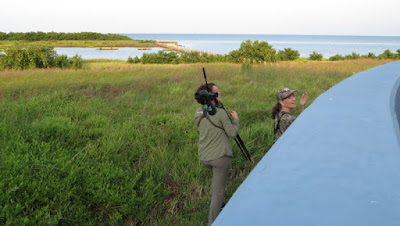 Katinka and Barbara take the long way around! 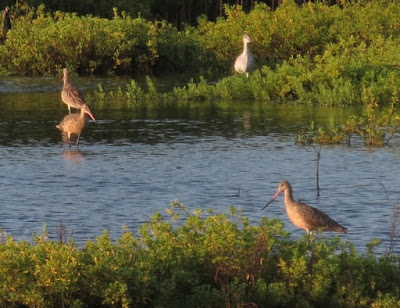 Marbled Godwits (and Willet in the back) 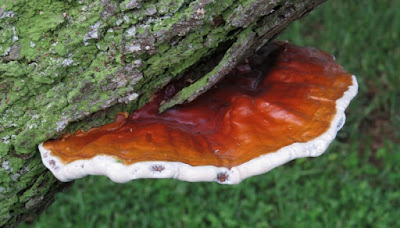 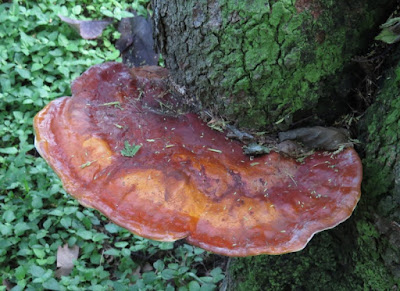 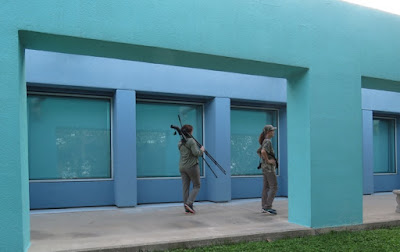 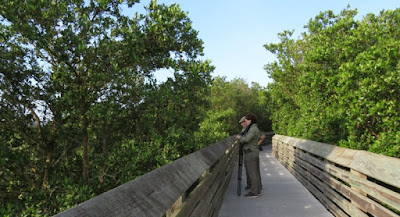 Looking for goodies on the boardwalk... 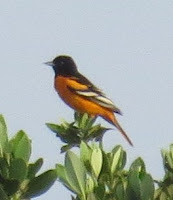 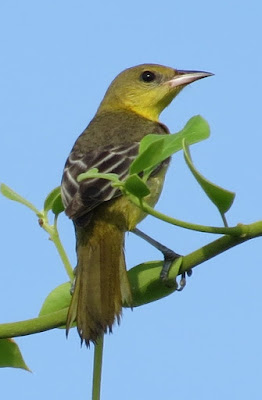 
Barbara decided she wanted to take her Ford Expedition out on the Flats, so we took the shortcut road and headed out to enjoy several terns (Forster’s was a lifer for Katinka), skimmers (including some crisp juveniles), and more Piping Plovers hanging with the Sanderlings!  Barbara spotted a single Semipalmated Plover out there, and of course there were some Black-bellieds that still had their black belly, but alas, no Red Knots showed up… L 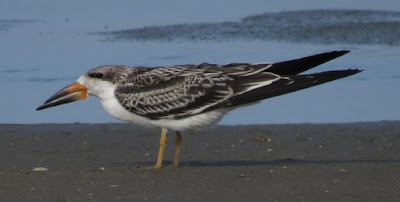 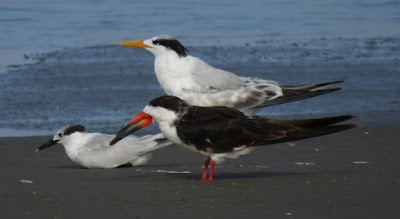 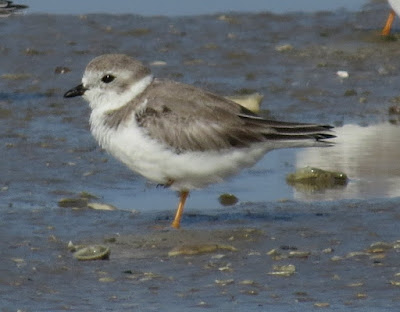 Piping Plover that escaped being "blinged" 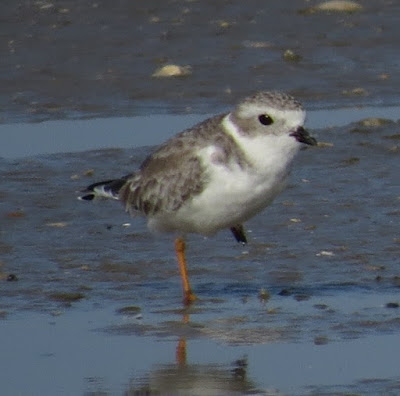 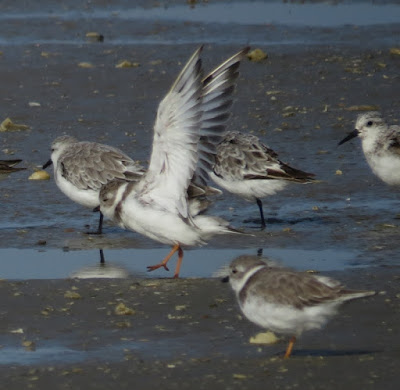 
From there we headed to the Birding Center where a Kiskadee flopped around right in front of us as we parked, and an Osprey greeted us right away on a pole!  Barbara was a sport and agreed to hike the whole boardwalk (the only real migrant trap is the tiny little butterfly garden, where we saw zilch, zero, nada):  lots more Mottled Ducks greeted us (and wanted a handout, of course), and we found Big Padre the Alligator and his smaller kin.  I was still hoping for Red Knot for the year, and thought I saw a couple fly by, but the only chunky shorebirds we could find in the flats south of the boardwalk were Short-billed Dowitchers and Black-bellied Plovers.  While checking those out Barbara hissed, “Right in front of us!!”  A little guy was flopping around in a close mangrove, and since she glimpsed stripes on the head she thought she had her coveted Worm-eating Warbler, but when it finally gave us a decent look it turned out to be a Red-eyed Vireo…  Clapper Rails sounded off very close, and Barbara was actually able to spot one near the boardwalk – another lifer for Katinka!  (They get the split-off Mangrove Rail in Honduras…)  Several White Ibis on the railing entertained us, and a Least Sandpiper gave a good look on the east-bound loop.  Green Herons flew across while Least Bitterns sounded off unseen, and while trying to sort things out in the East Pond, an adolescent Common Gallinule whined at us from just over the boardwalk; even Momma acted like she was expecting a handout!  Back at the car, Barbara spotted (no pun intended) a Spotted Ground Squirrel beyond the fence, a nice mammal to get here! 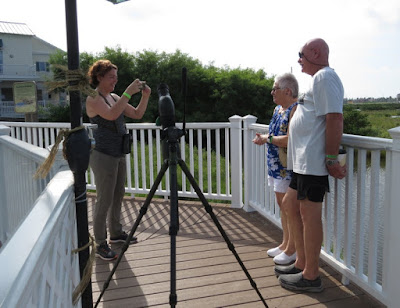 Katinka acts as photographer for a visiting couple! 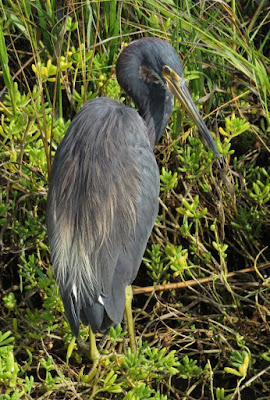 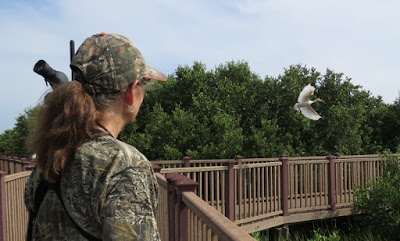 Barbara enjoys the tame White Ibis on the railing! 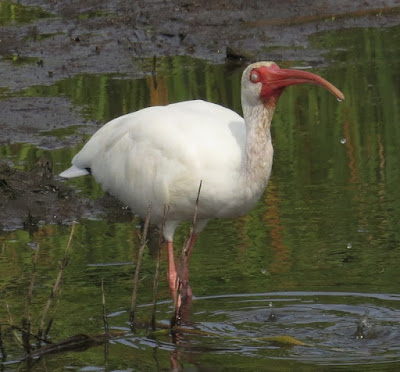 Here he takes a drink (and his eye is fine - he's blinking!)

From there we headed over to Sheepshead, where there was actually a bit of action:  right away a Blue-gray Gnatcatcher hopped around in a mesquite before we even got out of the car, and an Olive-sided Flycatcher sat on the wire!  Two pewees song-battled it out next door to the “dark side”, and we glimpsed an American Redstart before we had to escape due to some electrical work being done on the power lines!  We actually checked the “sunny side” first where we had another Least Flycatcher and another couple of Scissor-tailed Flycatchers, but on the “dark side” about the only thing we could muster up was the ever-present Northern Waterthrush.  A second Olive-sided Flycatcher showed up, which was kinda cool! 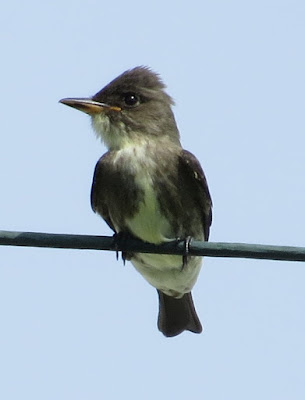 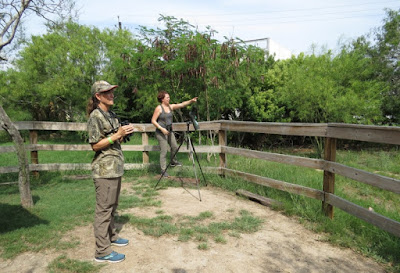 Katinka points out a pewee on the Sunny Side

We called it a day after that, adding a Northern Harrier along SR 48 on the way home, and ending with 67 species for the morning.  Bird list: