When you make plans to visit the Valley, you can't always predict the weather, and it couldn't have been worse for photographer Bob Kerr and his wife Mary Ann from Austin!  For the first time in weeks a day of constant rain and cold temps descended on the Valley, and they only had a day and a half to spend here, so we decided to do the planned "half day" on this day, and save the full day for the next day, which would still be cold, but at least it wasn't forecast to rain!

We didn't have to be out at the crack of dawn, so I figured some road-birding up along Brushline Road and the La Sal area might yield some photo ops.  Unfortunately the Sandhill Cranes didn't cooperate, and a nice Red-shouldered Hawk took off the minute I slowed down, but a Loggerhead Shrike gave us the looking-over, and a couple of White-tailed Hawks were getting soaked on the telephone poles!  One of our signature birds of the route, a knock-down gorgeous Pyrrhuloxia, popped right up to pishing on Bob's side, so he was able to get cracking shots of that beauty! 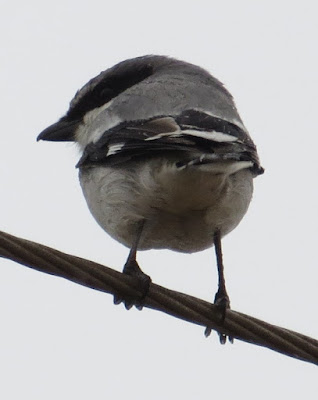 Undignified view of a Loggerhead Shrike 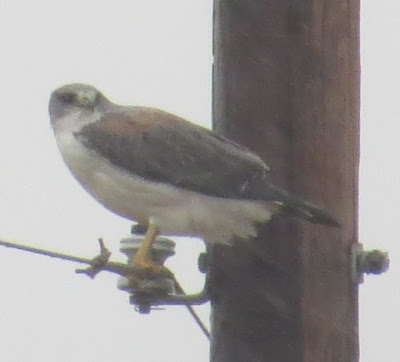 Delta Lake Park is always good for a rest stop, but in addition can have some interesting birds right from the car, and in this case, the wintering Vermilion Flycatcher didn't disappoint!  We also picked up Osprey here, as well as a fishing Great Egret, but nothing else much moved.

From there we headed to Estero Llano Grande State Park and the relative dryness of the deck, which despite the weather yielded some nice photo ops:  a trio of Roseate Spoonbills greeted us right at the get-go, and the regular ducks (Shoveler, Mottled, and Blue-winged Teal) all showed well.  Even a puffy little Least Grebe entertained us!  A feral Muscovy Duck was my first for the park! 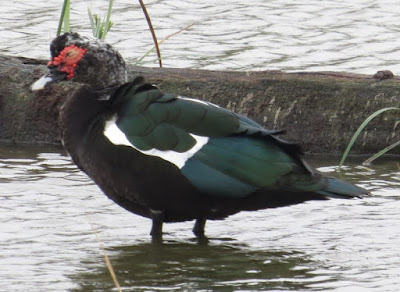 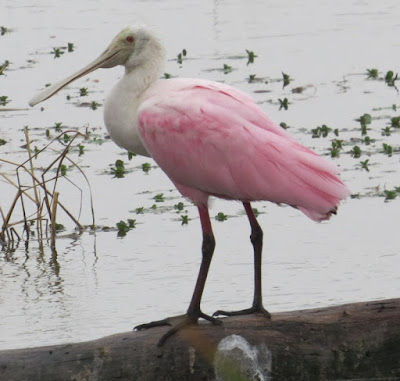 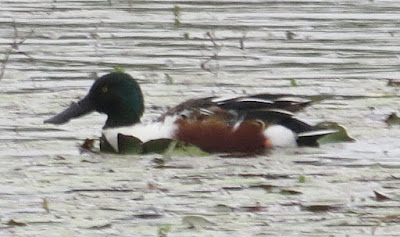 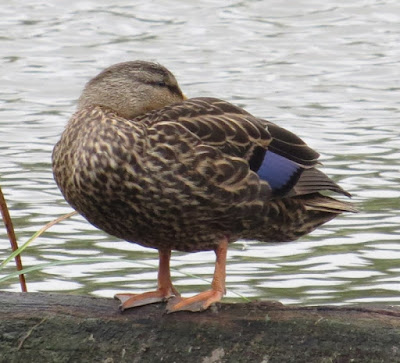 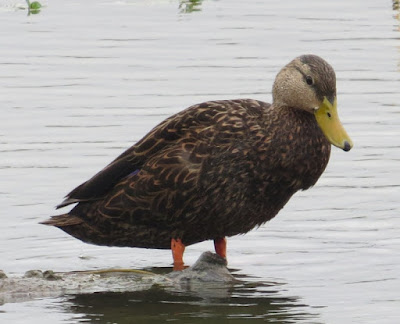