Raymond and Ron from California had organized a group of photographers to come out and capture our special birds on camera, but because of a very nasty bug that incapacitated me for almost a week, I was unable to guide them as planned… L  Thankfully Michael Marsden was able to step in, and Raymond very graciously shared some of his photos, so here is a very basic recap of their adventures!


Cameron County was the destination this first day, and as always, this county usually comes away with the highest daily species total, given you visit a variety of habitats!  The gang started at Laguna Atascosa NWR, concentrating on the feeding area and a very brief visit to Osprey Overlook.  One can assume there were plenty of Green Jays and Chachalacas at the feeders, along with White-tipped Doves parading around the floor, plus an American Robin (actually more exciting here in the Valley than the Clay-colored variety) made an appearance!  A single Bobwhite apparently showed, probably on the way to Osprey Overlook.  A pair of White-tailed Hawks was along Buena Vista Road on the way to Laguna Vista. 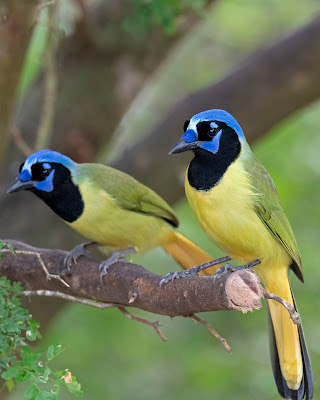 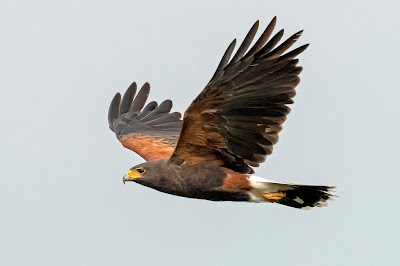 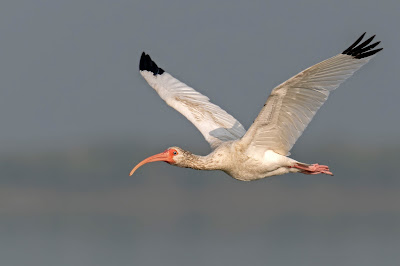 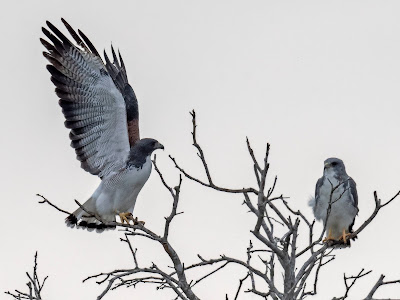 It was a shock to discover that Port Isabel Reservoir has apparently been permanently drained in order to be used for recreational motorcycling!!  L  So they headed across the street to South Padre Country Club (Michael introduced Pat and me to this place during a Frontera Birdathon) where they picked up five female Bufflehead!  Their route then took them through Laguna Vista and onto the Island itself where the highlight was a very late Tennessee Warbler that had been hanging around! 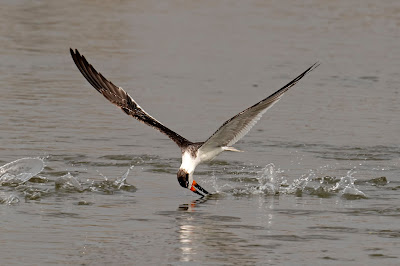 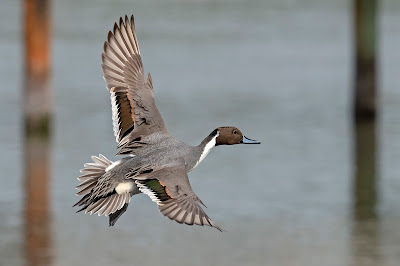 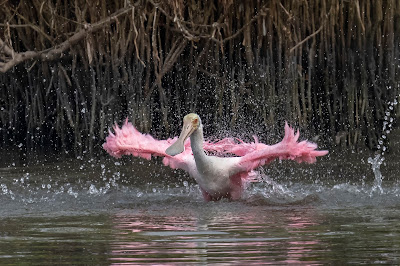 From there they headed down SR 48 where they encountered several Chihuahuan Ravens and an American Oystercatcher at the boat ramp, then went up to explore Old Port Isabel Road, where they apparently missed the Aplomado Falcon but had another White-tailed Hawk and three Sandhill Cranes fly over the road.  The resaca at the University of Texas in Brownsville had a couple of Green Kingfishers, and they were able to bag the Green Parakeets coming in to roost!  Finally they ended up at the famous Oliveira Park, where several hundred Red-crowned Parrots put on an a aerial show but never actually came in to roost.  They ended their first day with 96 species (if you count the feral Muscovy at the Birding Center J)!  Bird list: