“The Lot” fell on the Puerto Rico Route Tuesday morning, which is in the far northwestern corner of Hidalgo County (at least the accessible part); this includes FM 1017 heading west from I-69C, then finishes on a dirt loop around the little hamlet of Puerto Rico, right on the Starr County line.  Although picking up some nice birds along the 1017 stretch (Great Horned Owl first thing, plus singing Least and Alder Flycatchers at various stops along the road), I decided that the traffic had gotten way too heavy to properly survey this road in the future (even though the thornscrub savannah habitat is great), so I planned on snooping around some other roads once I got done with the Puerto Rico portion in hopes of planning a new route.  Harris’ Hawks and Crested Caracaras showed nicely throughout the route, and added a chirping Yellow Warbler at one stop.  Was able to add Cassin’s Sparrow during a relatively quiet moment… 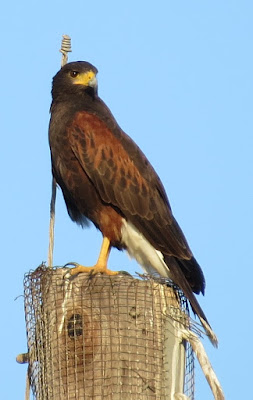 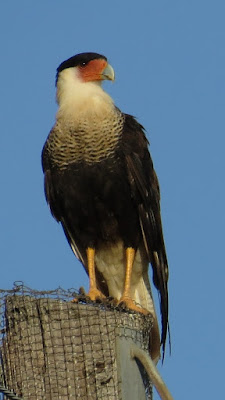 Mr. Caracara checks me out before flying over to join his wife (below)! 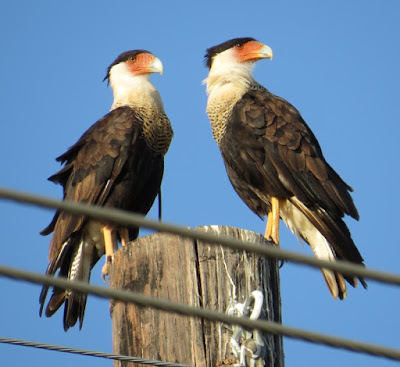 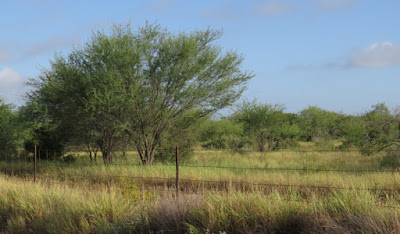 Another scene along the road 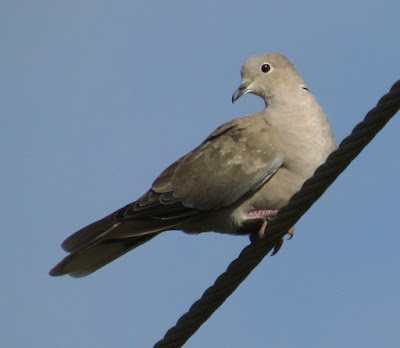 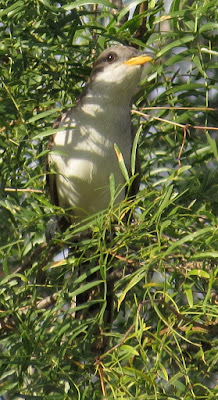 Migrants like this Yellow-billed Cuckoo were on the move! 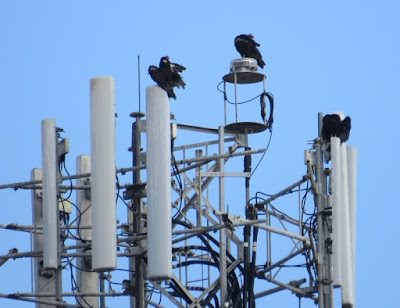 Turkey Vultures chilling on top of a cell tower

I love dirt roads, as it’s “peace and quiet” for the most part, so even though it was getting warm, I was able to hear things much better:  lots of Scissor-tailed Flycatchers around, singing Bobwhites, White-eyed Vireos, and both Cardinals and Pyrrhuloxias were in evidence.  Olive Sparrows, Verdins, and even the occasional Blue-gray Gnatcatcher called, and plenty of Dickcissels were passing through.  I’d hear an occasional Upland Sandpiper whiddily-doo overhead, but I was thrilled to actually spot a flock of 21 birds going over!  At the gate to one of the many oil/gas wells, some kind of flowering vine was attracting several Queens trying to feed against the wind!  Dozens of Common Green Darners were apparently migrating through (they were all bee-lining south), and a couple of Red Saddlebags posed for pics.  And speaking of bees, a huge swarm went roaring overhead; I was glad they kept going! L 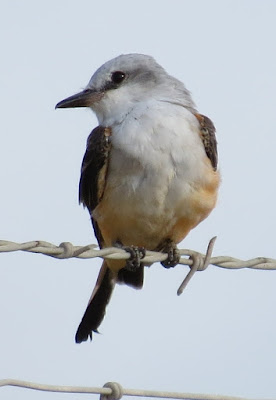 Scene within the Puerto Rico circle 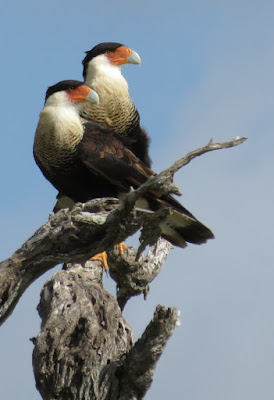 Yet another pair of Caracaras 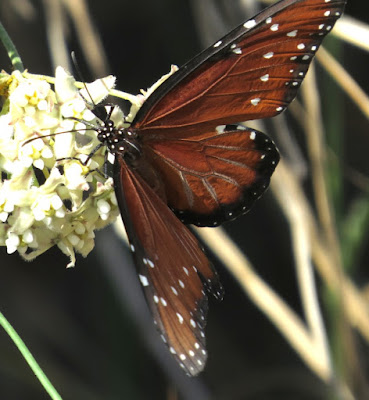 Queen feeding on a flowering vine 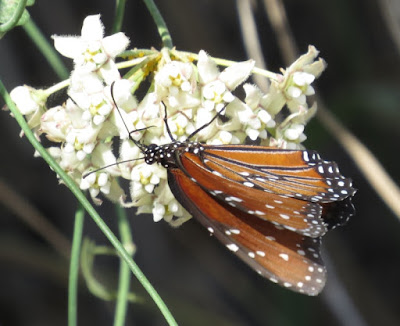 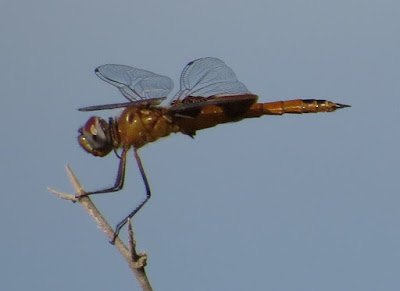 A couple of Red Saddlebags 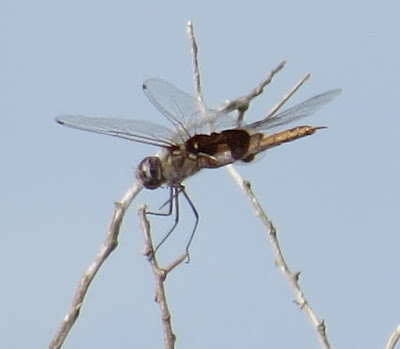 Puerto Rico Road loops around and turns into Reforma Road before joining 1017 again, and as I was checking Texmaps looking for promising dirt roads, the owner of the house on the corner rolled up in his cart (probably to see what I was up to J), and we got to talking birds; he said the two most amazing things he had ever seen were two Bobwhite fighting like roosters right at his feet, and a Roadrunner killing a huge rattlesnake!  Yep, they do that! J


I continued west on 1017 and shortly turned left on Delmita Road, which eventually dumped out on FM 2294.  This looked like a promising addition (I definitely wanted to keep that dirt PR loop), although you need to be careful not to stop in front of peoples’ homes!  At 2294 I turned south for a short stint, and when it veered to the right I continued straight on La Guajolota Road, which was fabulous!  It went through more thornscrub and some ag fields, which honestly looked like they’d be good for Sandhill Cranes (or even Mountain Plover??) in the winter!  A brilliant Bullock’s Oriole flashed by along here, and a Roadrunner rattled but wouldn’t come out to my coo…  Puerto Rico, Delmita, and Guajolota Roads made a nice 21 mile route, so I can’t wait to try this again during a different time of year!  (Potential Birder Patrol trip??)


The bird list wasn’t impressive considering the limited habitat and dry conditions, but it was nice seeing some special birds (and other critters)!  Bird list: