Hanging Around for More!

Richard and Barbara came to the Valley with a group from Massachusetts Audubon, but with only three days to cover the area (and that was smashing a lot of stuff in per day, from what I heard), they wanted to stay on longer, so we set it up and got a target list from him; most were possible up at Salineño, but one, the Beardless Tyrannulet, was reasonably gettable right here at Santa Ana.  We initially chose Salineño, but after mulling it over the next morning at the cars, they decided to try Salineño on their own, and we’d make a half day of it here looking for the tyrannulet.


We headed down into the fog, the air thick with the smell of the onions that were being picked!  In the parking lot I heard a Clay-colored Thrush, so we went over to try and find that, and he finally showed himself over in the picnic area!  One of the hawk watch guys was actually photographing moths when we got there, and he showed us some great pictures, including a Five-spotted Hawkmoth that had shown earlier!  After crossing the levee we took the Pintail Lake Trail from the roundabout, as that’s where I had heard the birds last, and by the time we reached the paved road, we did manage to hear him, but he was deep in the woods. L  We had multiple Couch’s Kingbirds to look at, however, and a Hooded Oriole wheeped but wouldn’t show.  After getting on the Tower Trail, we had a nice Long-billed Thrasher sing for us (although he was in terrible light).  A Common Ground Dove was singing in the distance, and I heard the distinctive whup of a Brown-crested Flycatcher; afraid that he might get flagged on Ebird (at least they were getting flagged last week), I got a recording of his varied vocalizations.  Turns out he’s on the “expected” list now, so we obviously turned a corner!  We did hear the tyrannulet again, but he was still deep in the stuff… 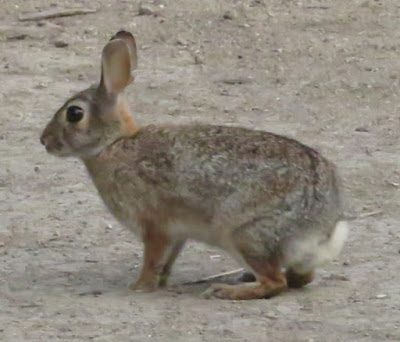 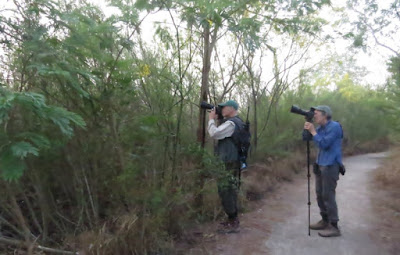 So we backtracked to the Tower Trail again, and then on to the Chachalaca Trail where much more was happening:  Richard found a Kiskadee building a nest, and then we spotted a pair of Altamira Orioles, the male singing his happy song and his wife chewing the fat with a young male Red-winged Blackbird! J  The normal ducks and shorebirds were at the blind, including a Pectoral Sandpiper and a Snipe that moved into the reeds before Richard could get on him…  The Chachalacas were chorusing up a storm, and a friendly titmouse came in to view as we checked out the Willow Lake Trail, but never heard the Tropical Parula (or any warblers for that matter, except for the occasional Yellowthroat).  On the way back to Chachalaca Trail, however, one of the many Verdins I was hearing (but not seeing) came into view at a palmetto, so both Richard and Barbara got great views; they were happy campers, as they had missed that one on the tour!  Upon discovering that they still needed Sprague’s Pipit (the group missed them at the King Ranch), we headed for Anzalduas, adding a circling Swainson’s Hawk on the way. 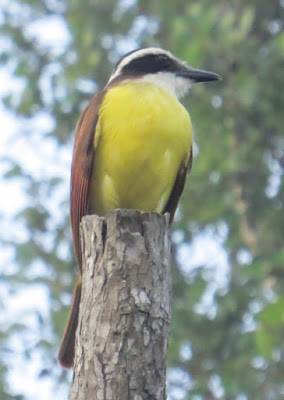 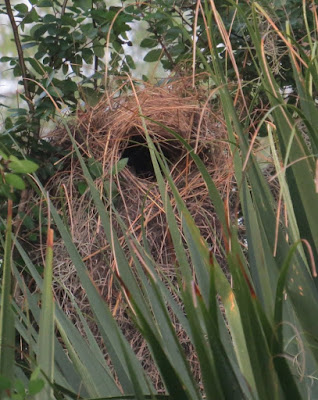 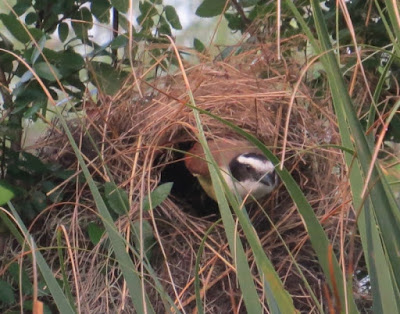 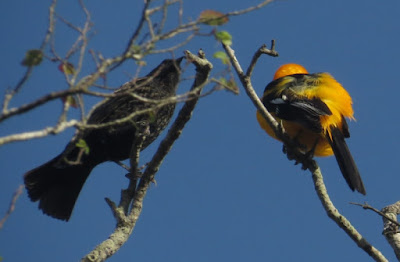 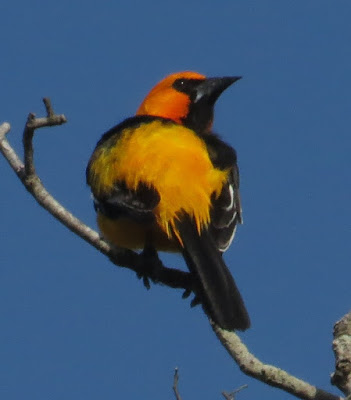 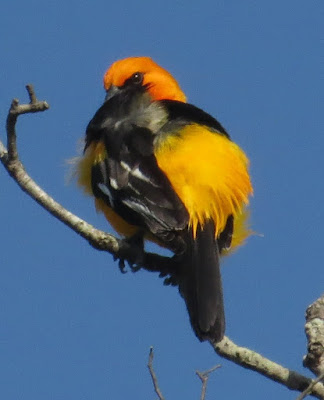 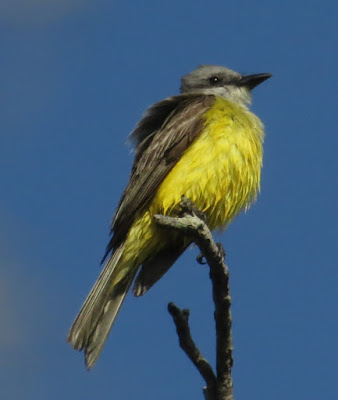 
Once there we parked and started the hike across the field, not quite sure if they’d even be there considering the date (although John Arvin’s checklist shows them as “uncommon” into early April), but before long we flushed a pale bird that did the characteristic “stair-stepping” flight, had the white outer tail feathers, and dropped like a rocket back into the grass!  I would have felt better if he had called, but eventually he did, and eventually Richard was able to get “proof shots” of the little head poking up on the ground and the bird in flight! 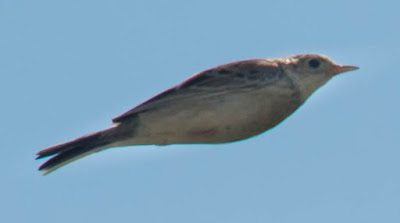 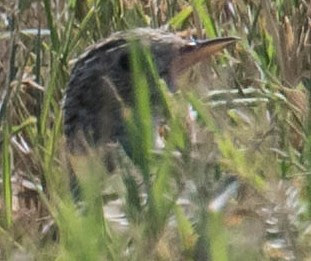 
We only had a half hour before we had to head back, so we crawled around, enjoying watching the party going on across the river (and starting to get going on our side J); bird-wise it was pretty quiet; we had heard an Eastern Meadowlark singing while we were in the field, but the river was full of Laughing Gulls and a lone Forster’s Tern.  A log in the river had its attendant coots, but also a Common Gallinule pumping by!  Cliff Swallows were building or repairing their nests at the dam, but that was about it for the bird life, so we headed on home with a decent 68 species for the morning.  Bird List: