On Saturday morning I only had time for a “quick” exercise walk (that lasted 2.5 hours J), so I headed over to Estero Llano Grande State Park, getting there a bit before dawn.  Cicadas drowned out most everything, but managed to hear a couple of Green Jays going, as well as Dickcissels flying overhead!  Once I got over to the deck I was pleasantly surprised to see water in Ibis Pond!  Turns out they just started adding the water, as they let the ponds evaporate earlier in the summer so they can eradicate weeds, so with that all accomplished, they wanted to get the wetlands “wet” again in time for shorebird migration!  While there I could hear a Beardless Tyrannulet calling from the Tropical Zone!

View of the wetlands and Visitor Center (note the ducks coming in!)

There were a few nice birds:  permanent residents there included gobs of Black-bellied Whistling Ducks and lots of Black-necked Stilts, but once on the Spoonbill Trail boardwalk I was able to pick out a few Lesser Yellowlegs and a flock of Least Sandpipers, plus one Pectoral Sandpiper that gave its harsh chrrrk as it took off!  Several Upland Sandpipers gave their whiddly-do as they flew overhead, and Cave Swallows uttered their strained gurgles as they too swooped by, along with many Barn Swallows and a single Cliff.  Spooked a roosting Common Nighthawk off one of the mesquite trees while I was at it…


Dowitcher Pond had even more whistling ducks, including young’uns of all ages!  A flock of about 20 Fulvous Whistling Ducks flew over, and three Spotted Sandpipers made their way down the trail before migrating over to the logs.  Before tackling the Camino de Aves I took a quick peek at Grebe Marsh from the back side (where the light is better from that angle) and picked up several different kinds of herons, including two piebald Little Blues. 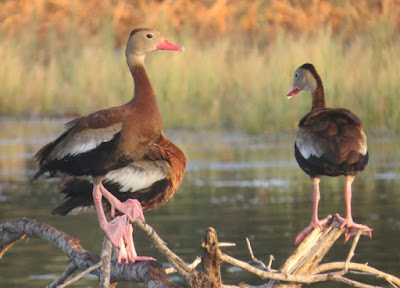 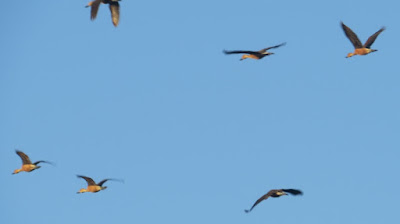 Fulvous Whistling Ducks flying over; note the lack of white in the wings and the white rump on the bird on the lower right.

Camino de Aves is drier than the rest of the park with more desert scrub type of habitat; here I added Bewick’s Wren, Curve-billed Thrashers, Common Ground Dove, Verdin, and Black-crested Titmouse amongst others.  The thicker trail back by the orchard fenceline is lovely, and back here picked up the only Groove-billed Ani of the day, along with a couple of Clay-colored Thrushes, a singing Orchard Oriole, and a White-eyed Vireo (ironically this is where the House Sparrows hang out).  On the way out I startled a Texas Tortoise by the wayside! 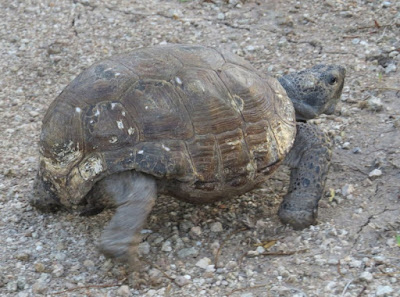 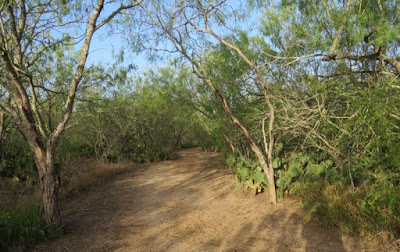 Heading back to Alligator Lake I was able to scare up a nice Yellow-crowned Night Heron, but both the Pauraque and Screech Owls were no-shows (although I didn’t spend a lot of time looking for the former).  Only had a Great Egret at the overlook, with a Bobwhite calling in the distance, and a bunny chowing down near the ramp.  From there I went up on the levee (picking up both Couch’s and Tropical Kingbirds on the way, along with a singing Carolina Wren), where I picked up the only Forster’s Terns of the day (sometimes the actual Estero Llano Grande, the name of the little river, can be stuffed with birds).  Came back down and ran into Rangers John and Lorena doing a run-through of the park on the electric tram, and that’s when he told me about the water in the ponds.  After exchanging sightings and jabs J I continued on to the Visitor’s Center to check in, where a pair of Chachalacas looked at me curiously on the walkway! 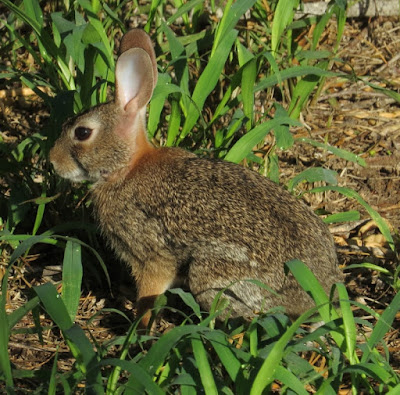 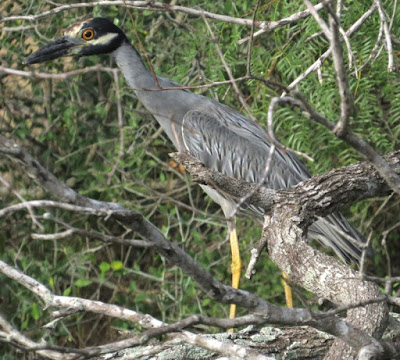 Heading up onto the levee 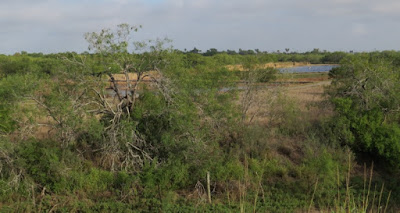 Dowitcher Pond from the levee

Levee Trail, with the actual Estero Llano Grande on the left 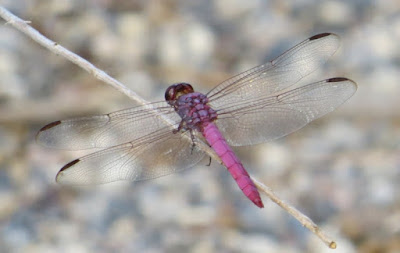 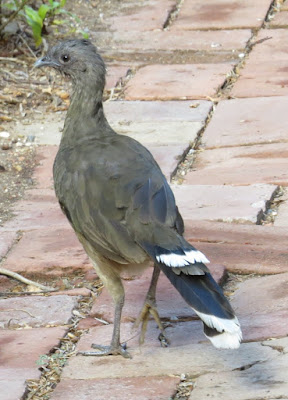 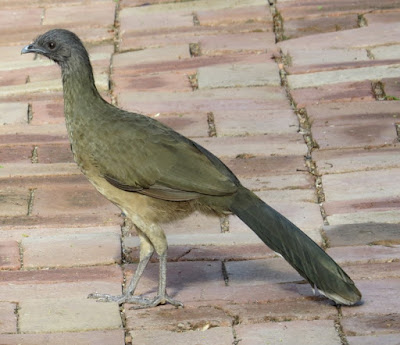 Since I had a little bit more time before having to head home and get ready for a “Girls Only Lunch”, decided to hike the Green Jay Trail at the start of the Tropical Zone, which I hadn’t hiked in ages!  This trail goes through the heart of the thornscrub woodland and can be great for darners (those huge dragonflies), but not today, although lots of other odes were floating around.  Except for a Yellow-billed Cuckoo at the start of the trail and White-tipped Doves therein, it was rather quiet in there this time, but still a lovely walk.  In the butterfly department a nice Sickle-winged Skipper posed, and back out in the parking lot a tiny Cassius Blue finally settled down for a picture! 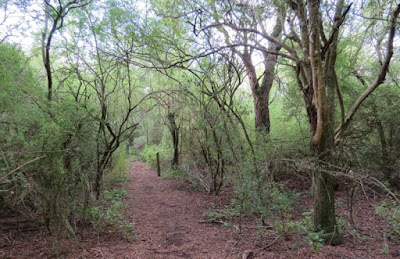 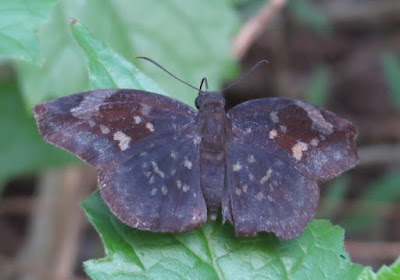 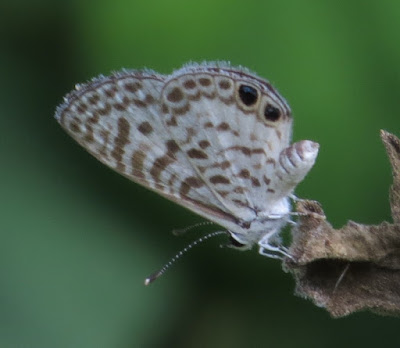 Oh, and I supposed I should mention the gazillion White-winged Doves… J


Headed home with 60 birds on the EBird list!  Here it is: