Had a fabulous chase day with Gary et al, starting on Old Port Isabel Road; unfortunately the Aplomado Falcon wasn't at his normal platform, but a young Peregrine had us fooled for a minute...  The target Cassin’s Sparrow popped up on a bush a little ways down, and at the turnaround point (the condition of the road was pretty bad) a Sprague’s Pipit flew overhead!

The guys along Old Port Isabel Road (and this was the decent part...)

Backtracking and then blasting up to South Padre via SR48 (they opted not to stop at the boatramp seeing as they already had the oystercatcher), we went straight to the Bay Access Flats, and thankfully the water was out and the birds very approachable!  Unfortunately the only plovers to show were Black-bellied, but the guys were very happy with Sandwich and Royal Terns, Black Skimmers, Willets, Sanderlings, Western Sandpipers, and especially a Marbled Godwit (and I was very happy with the lingering Red Knot :-))!  Having birded in Florida, there were only a handful of targets they were after, so we headed to the boardwalk after that to try for Clapper Rail, and as per usual, they eventually sounded off (along with a Least Bittern) but never showed themselves.

Part of the bird mob on the flats 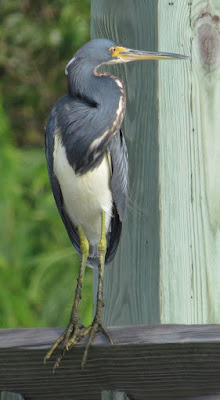 Cooperative Tricolored Heron on the boardwalk 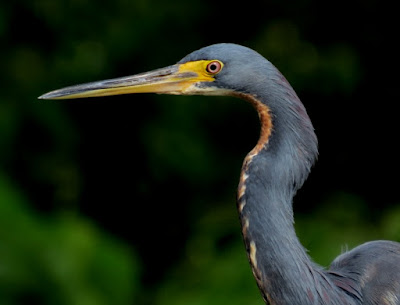 From there we headed down SR100 for a last-ditch search for the Aplomado, so I had the eagle-eyed guys yell if they saw a suspicious bird (as traffic along that road goes lickety-split and pulling over can be dangerous)!  Didn't take long, so I careened off, we got the scope out, and sire enough, a bona fide Aplomado was sitting on one of the crossbars very close to one of the many Ospreys!  As the guys were enjoying him, I was checking out the wetland that happened to be there when one of their other targets (and a tricky one at that) flew by:  Gull-billed Tern!  I was excited about the Sandhill Cranes, but that was a common bird back home for them! :-) 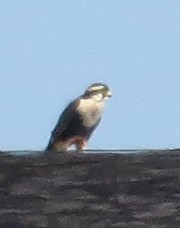 From there we backtracked to Laguna Atascosa where the feeders were kinda quiet, but in wandering the butterfly garden an Altamira Oriole came tearing in!  The boys got a great look, but by the time Gary caught up with us (thanks to the radio) the bird just took off! :-(  A skulky Long-billed Thrasher was a nice consolation prize before we meandered over to Kiskadee Trail, and again after we split up, the boys called us back:  they had found the Tropical Parula in a feeding flock (which also included a Nashville Warbler)!  We heard another Beardless Tyrannulet but couldn't pin him down, and the boys also flushed a Pauraque, which was rather anticlimactic after seeing the bird at Estero so close!  Over at Osprey Overlook a careful sort through the mob of waterfowl could produce no Eurasian Wigeon (plus the shelter was overrun with bees), so we headed on to the area west of Rio Hondo where Mountain Plovers had been sighted during the LRGV Bird Festival (after negotiating the detour around Rio Hondo itself). 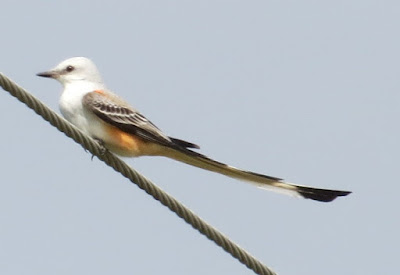 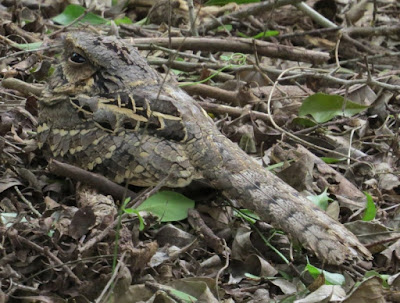 From FM 508 we took FM 507 north to FM 1599, along which the plovers had been reported.  Again, we didn't have to go far before a flock of Killdeer flew across, and in amongst them were a couple of smaller, all brown birds!  With the scope we were able to get great views, and a few Long-billed Curlews were an added bonus!