Back to the Butterfly Center

Despite the lack of rain, good butterflies were still being seen at the National Butterfly Center (NBC), so decided to head on over with hopes of at least picking up one particular bug that I had never seen in the US before.  Stopped at Bentsen State Park first around 7:00 just to wander (it was really too early for butterflies, but you never know what you might kick up), and had a very nice look at an Olive Sparrow and a Three-striped Dasher in the garden area. 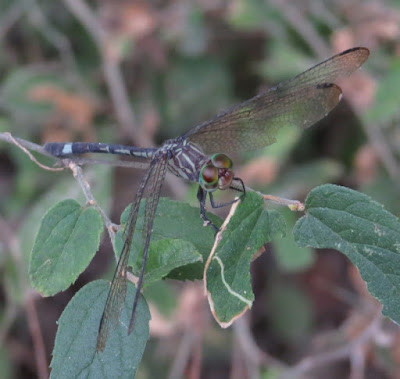 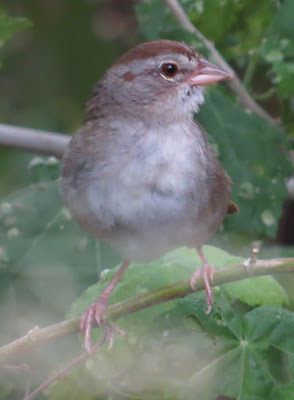 The NBC was opening at 8:00 lately, so I headed over there at eight where it was still overcast, but that made the temperature more tolerable!  Once through the visitor's center and out in the back garden (found out it was officially called the "experimental garden"), the most interesting bug was either a Clavipes or Titan Sphinx Moth, one of the group known as "hummingbird moths" because of their similarity in behavior!  I shortly ran into John and Nancy, a couple of butterfliers who were staying at the Alamo Inn, who pointed out a Coyote Cloudywing they had found!  I mentioned that I had heard about a "blind", and they pointed it out over by the new water feature, where there was a Turkey poking around!  The blind was certainly new since I had been there last, so I headed over and joined another photographer for about 15 minutes, during which time female Orchard Orioles, Blue Grosbeaks, a Cardinal, some Painted Buntings of all plumages, and a female Yellow Warbler came in! 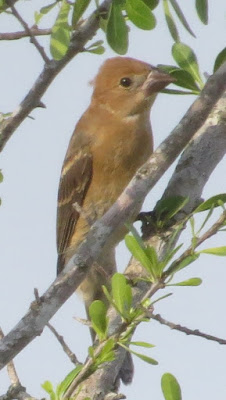 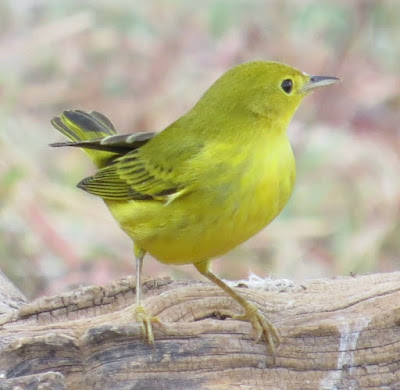 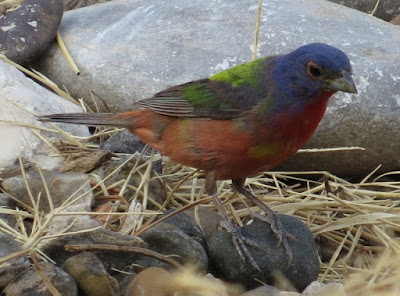 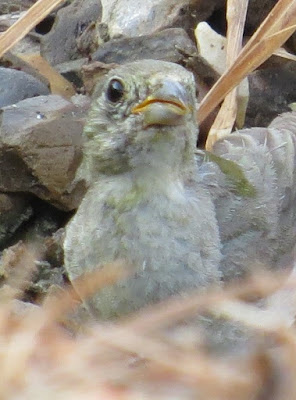 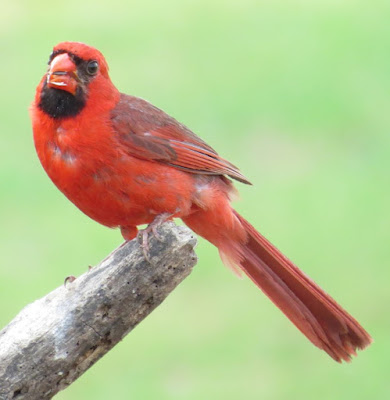 After that wandered back over to the garden where J&N were, and this one bush was just full of interesting leps!  Up on the terrace I had a White-striped Longtail who was missing his tails, but down at this other bush (and Nancy knew all the names - I've forgotten them already :-P) we had a beat-up Zilpa Longtail, plus this really fancy bug that seemed to be showing a lot of white on the hindwing; we all mused whether it was a rare Crescent-striped Longtail, but looking at the pictures later proved it to be another Zilpa (still nothing to sneeze at), as it sported the dark triangle in the forewing that the Crescent-striped doesn't have.  Another longtail proved to be a nice Long-tailed Skipper. 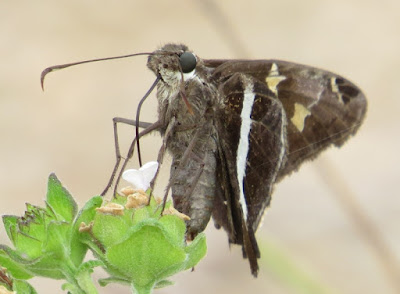 White-striped Longtail without his tails 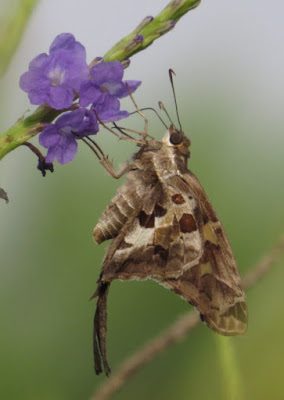 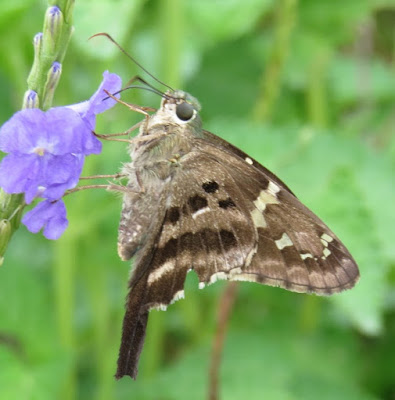 After that I wanted to hike the trail in search of the rare forest butters, so J&N came along, and before long this large lep batted up to the underside of a large limb overhead - it was the coveted Many-banded Daggerwing!!  (That was the one I was looking for... :-) )  We couldn't kick up any of the crackers, so once at the "old gardens" J&N headed off to the "desert garden" to look for Desert Checkered Skippers while I continued along the trail next to the ditch, where a nice Zebra Heliconian fluttered along.  Before long a little brown bug batted in and landed on the tree trunk right in front of me - Dingy Purplewing!  I called it out and before long J&N came running, as that was one they wanted to see!  We did run into some fighting crackers over by the screech owl box (in which was the screech owl), but they never settled down to ID to species. 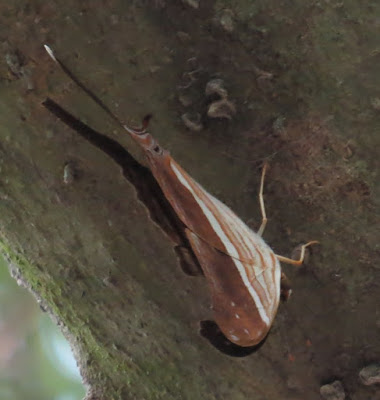 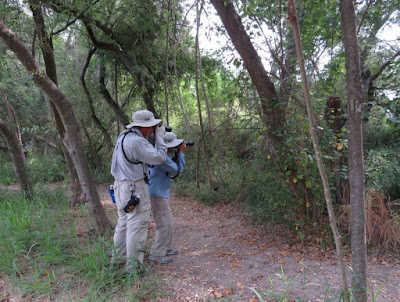 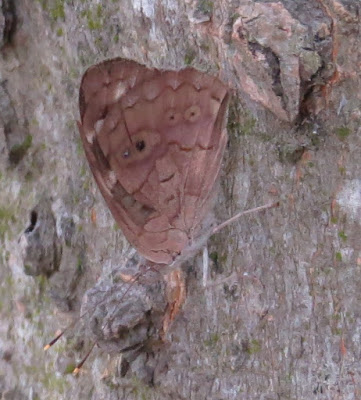 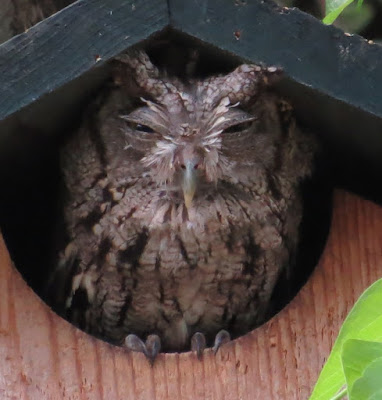 From there we kept leapfrogging as I systematically checked the trails, picking up several Band-winged Dragonlets and lots of what looked like Blue-fronted Dancers.  We both commented on how many Soldiers we were seeing, as I usually only see one or two but we ran into a tree that had several!  They had seen a Two-barred Flasher behind the restrooms, but I only found large sulphurs and a Pale-banded Crescent.  In the parking area they found a Bordered Patch, but we both descended upon a little grass skipper that stumped us both:  it superficially looked like a Dun Skipper as it was dark with unmarked hindwings, but it appeared to have a lot of gold scaling, so it could have been something more common that was just beat-up; am still waiting on some more knowledgeable feedback on that one! 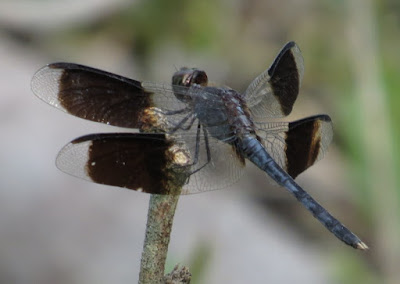 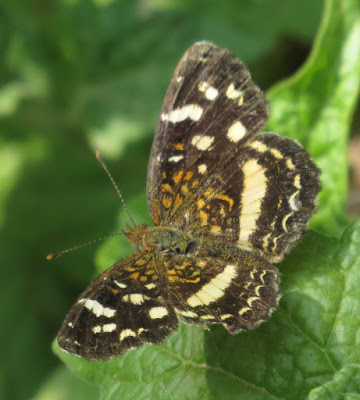 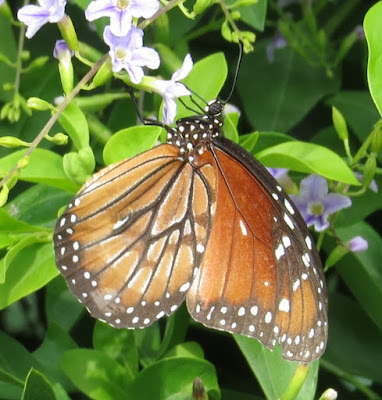 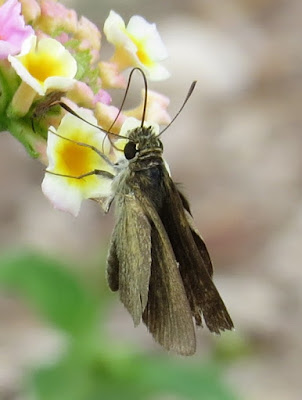 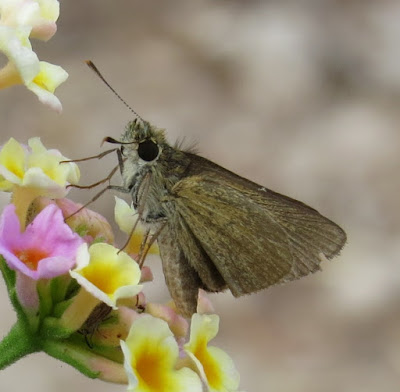 Said my goodbyes to J&N and headed back to the VC via the Walking Trail, picking up many Tawny Emperors, Mexican Bluewings, and Tropical Leafwings on the bait logs, and a single Mestra over the canal.  Once back at the Experimental Gardens J&N caught up with me and said they had the Guatemalan Cracker back at the beginning of the Walking Trail!  It was getting close to noon and I really didn't feel up to walking all the way back there!  So we circled the bushes again, this time kicking up a dark brown butter with golden forewing bands that turned out to be a Tropical Buckeye!  We saw a "regular" one on the path later on...  Nancy was enthralled with the Pipevine Swallowtails batting around!  After logging a Gray Hairstreak and a cute White-patched Skipper I called it a day... 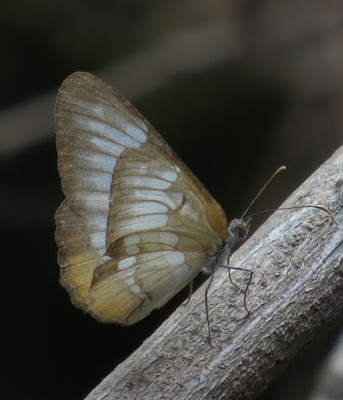 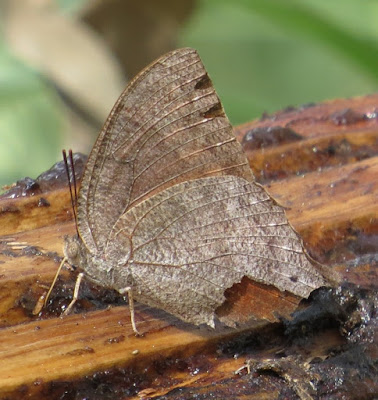 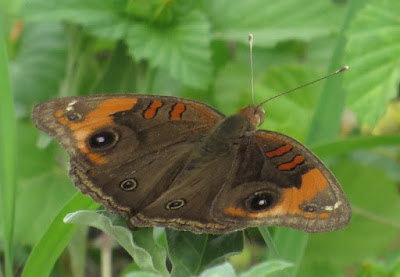 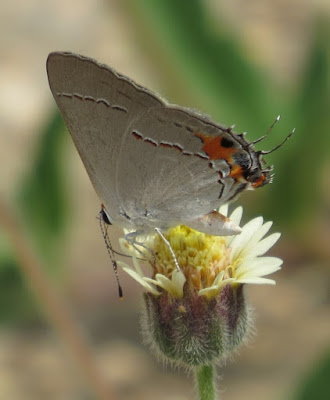 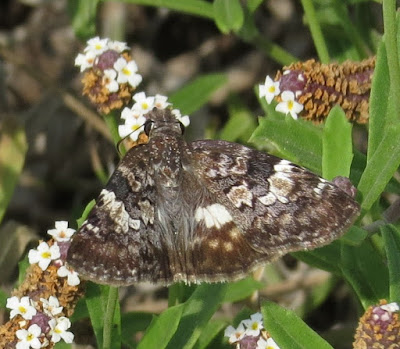