Butterfly counts take place all over the country in July (traditionally called the 4th of July Butterfly Count), so I ended up being the sole census-taker for Estero Llano Grande SP, part of the Weslaco Circle.  My route included the parking lot, the brick walkway, the trail past the feeders and the area before the Ibis Pond boardwalk, the Tropical Zone garden (next to which some little kids were having some archery lessons), the Green Jay Trail, then back to the parking lot again before throwing in the towel around noon.  I had nothing unusual, but I was blown away by the number of Mexican Bluewings:  I ended up with 27 altogether, with bunches of them at the base of the Flycatcher Trail, on the Green Jay Trail, and next to the VC building.  Flowers are drying up, so I had a weak showing of 29 species, but my favorite (besides all the Bluewings) was the Zebra Heliconian just before the entrance to the deck!  Here are some pictures, with the species list and numbers at the end. 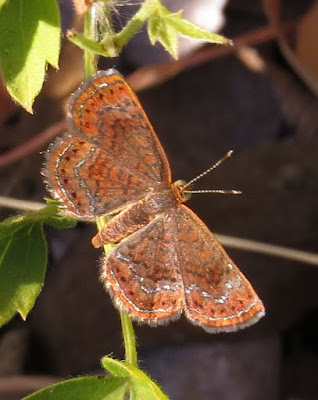 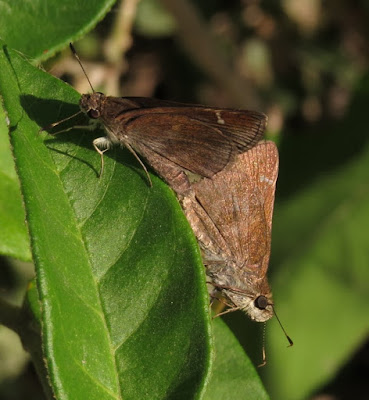 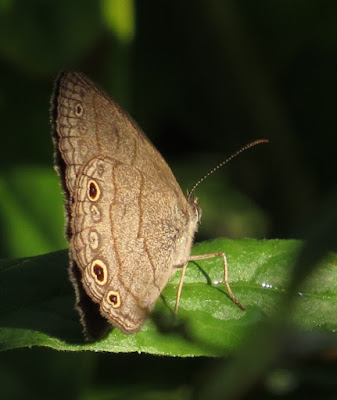 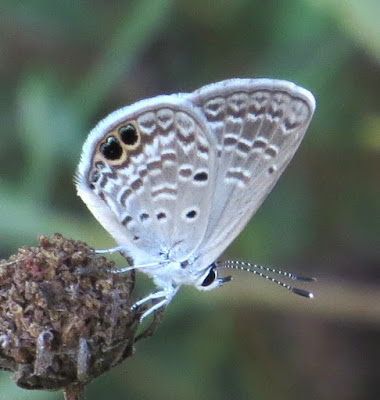 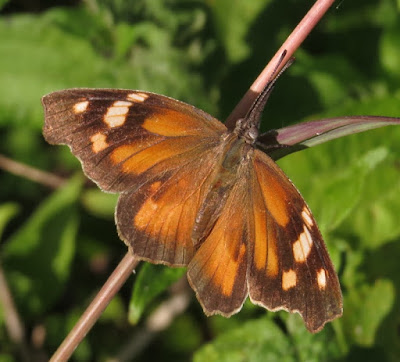 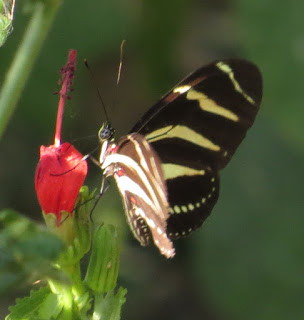 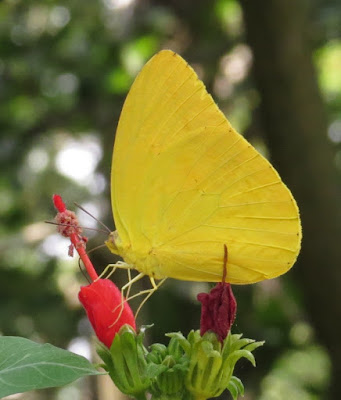 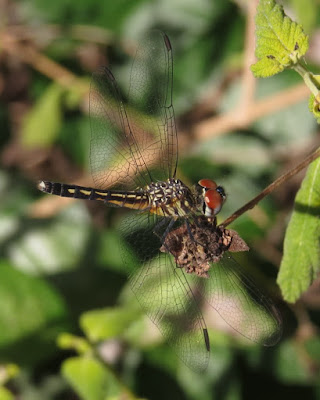 Token ode - I think it's a young female Blue Dasher (was quite small), but feedback welcome! 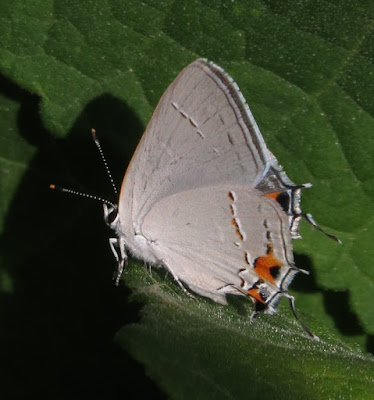 Gray Hairstreak (above and below) 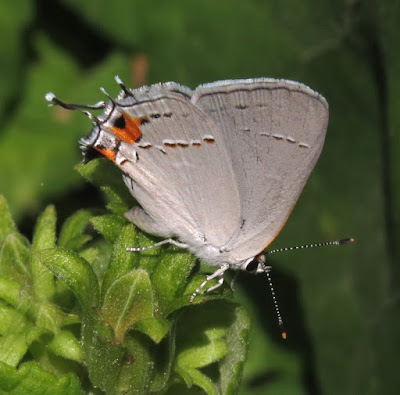 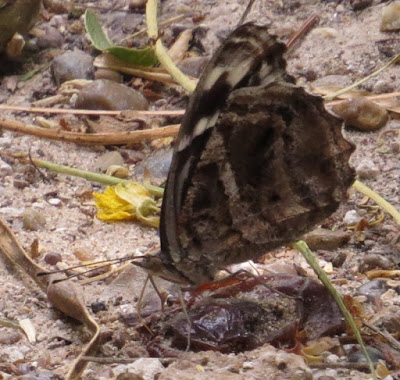 Mexican Bluewing (above and below) 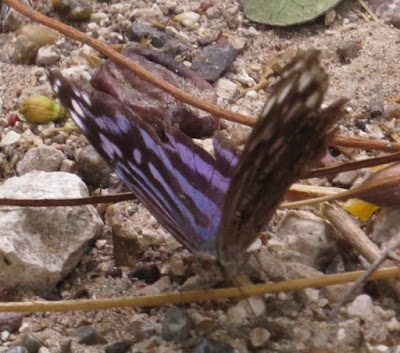 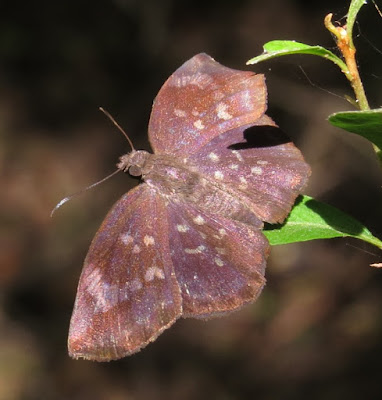 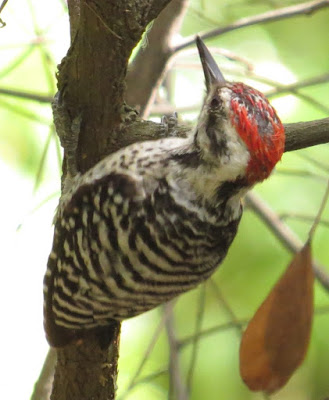 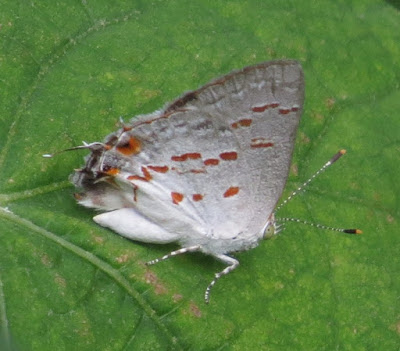 Clytie Ministreak (above and below) 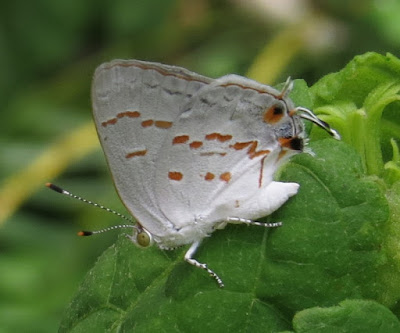